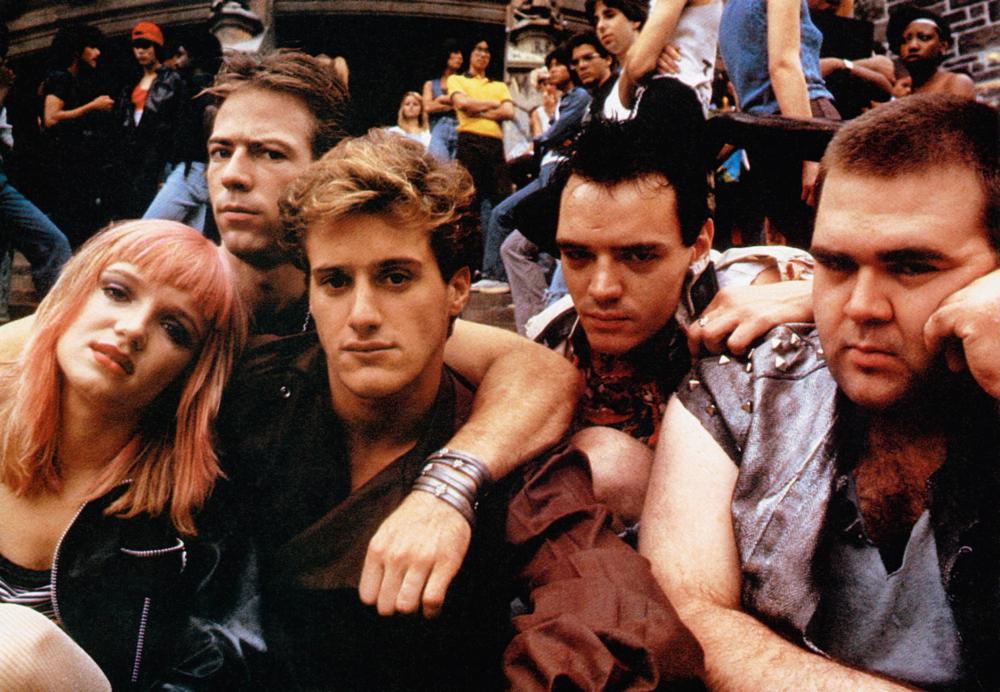 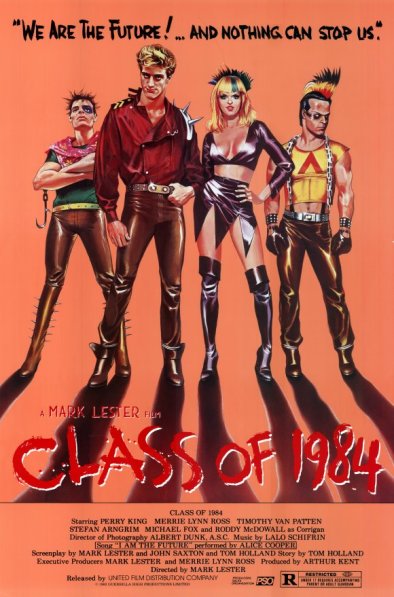 A music teacher is slowly driven to a path of revenge in this 80’s cult classic from the director of Class of 1999 and Showdown in Little Tokyo.

Andrew Norris is the new music teacher at Lincoln High School, a school that has been plagued with violence. Upon his arrival, he becomes friends with biology teacher Terry Corrigan, who warns him of what to expect. The school is run by Peter Stegman, a notorious student whose gang deals drugs in the school and spend their nights doing more crimes and tormenting fellow students and teachers. When Andrew becomes Stegman’s latest victim of torment, Norris’ attempt to get through to Stegman prove futile.

When a fellow student dies after getting high and climbing up the flagpole, Norris is convinced that Arthur, one of his band students, witnessed something and urges him to speak out. However, Arthur refuses but finds himself victimized by the gang. Eventually, Arthur does speak up but is stabbed as a result and taken to the hospital. As Norris and Stegam engage in a cat-and-mouse game against each other, especially after Andrew is framed for beating up Stegman, Andrew flies into a rage when on the night of a concert, Stegman and his gang have attacked and kidnapped his wife. Fueled with revenge, Andrew has had enough and now sets a plan to stop Stegman and his cronies once and for all.

Influenced by the 1950s classic Blackboard Jungle, Mark L. Lester had one thing in mind when he came up with the story for this film. He predicted that eventually, high school violence would be a major problem in the near future, hence titling the film Class of 1984 with the original name Guerrilla High going to the back burner. The story of a teacher finding himself constantly the victim of attacks by a gang brings a sense of a downward spiral in madness, but in the case of Andrew Norris, it becomes a tale of vengeance in the third and final act when his wife is kidnapped by the gang.

The driving forces of the film are Perry King and Timothy Van Patten. King, who at first didn’t want to take the role due to its violent nature, is great as the mild-mannered Andrew Norris, who goes from likable music teacher to going on the level of the very gang who torments him throughout the film. As the audience sees Norris endure so much but unable to do anything due to the fact there are no witnesses or the fact the school authorities just want to keep their noses clean, there are levels of where Norris isn’t the only one slowly on the brink of madness.

As for Van Patten, his take on Peter Stegman is just sheer brilliance. He seems like a normal kid, but it is clear that with his dialogue in the film, he is one crazy kid who will do what it takes to let everyone know he runs things. From somewhat philosophical lines like “What’s the matter with matter?” and the iconic “I am the future”, which is the title of the film’s theme song by Alice Cooper, Stegman is clearly the type of character you will never want to judge by the cover. He’s that demented along with his cronies, wonderfully played by Neil Clifford, Keith Knight, Lisa Langlois, and Stefan Arngrim.

As mentioned, the brink of madness falls not just on Norris, but Corrigan, played by the legendary Roddy McDowell. After the gang does the most horrendous things to his lab, Corrigan resorts to an extreme method of teaching when he targets the gang members and forces them at gunpoint to answer his quiz. And it is that moment of the film that shows that even the gang members have their emotional flaws, showing a more human side to them rather than their insanity mode which takes up most of the film. Another pivotal character is that of student Arthur Summers, who finds himself conflicted between doing the right thing and facing the wrath of the gang and who better to play him than Michael J. Fox, who marked only his second film appearance in his career, after the Disney film Midnight Madness.

The final act is perhaps the piece de resistance of the film as we see Norris seek revenge for the kidnapping and rape of his wife. We still see him get victimized by Stegman and his gang but using the environment around him, Norris uses his street smarts to dispatch the gang members separately and in violent ways that by today’s standard, seem a bit tame with a small bit of extremes. A little note is that the original ending was scrapped when a screening from the distributor caused Lester to shoot one additional scene before the film’s official release and yet when the film aired on television, it looks as if it kept the original intended ending.

When it comes to quintessential cult classics, Class of 1984 is without a doubt one of these films. While the film was influenced itself, one can say that this film would be an influence of other 80’s-90’s high school violence films (think The Principal and The Substitute to name a few) and sadly, it did predict a sense of real-life events as well. Nevertheless, this is a true 80’s cult classic that should be seen.