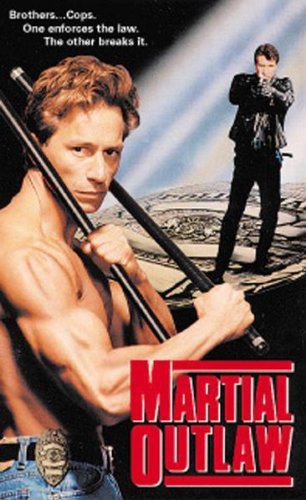 Two brothers find themselves on opposite sides of the law in this underrated action thriller from the makers of the Martial Law trilogy of the early 90’s.

Kevin White is a DEA agent based in Washington, D.C. He has been attempting to stop Rodichenko, a businessman who is actually a drug lord who uses his import business as a front for his drug smuggling. When Rodichenko heads back to Los Angeles after a botched deal, Kevin intends to use Andrei, one of Rodichenko’s men, as an informant as he returns home. It is there where trouble begins to ensue courtesy of Kevin’s older brother Jack, a LAPD officer.

Jack is not the respected police officer he sets out to be, even after stopping a trio of robbers at a local jewelry store. When Kevin returns home, Jack and Kevin’s rivalry due to Jack’s jealousy is re-ignited. To make matters worse, Jack decides the cop job isn’t for him anymore and decides to make a deal with Rodichenko to get enough money for retirement. However, as Kevin is hot on the drug lord’s trail, Jack and Kevin are forced to work together in a joint operation. What will happen when Kevin learns of Jack’s true intentions?

Following up Martial Law 2: Undercover and Mission of Justice, Canadian actor and martial arts ace Jeff Wincott is back in the driver’s seat of this action packed thriller sets the term “sibling rivalry” to a whole new level. The story of two brothers are team up professionally but are opposites on the personal level bring a level of enhancement to a genre usually known for its depiction of action and not rely much on the story. In other words, the typical revenge plot doesn’t apply here but it’s more about sibling rivalry.

Where Jeff Wincott plays the tough as nails DEA agent Kevin, Gary Hudson makes a great complement as older brother Jack, who is a LAPD officer who due to his jealousy of Kevin’s rise through the ranks and the fact he is a more abled-fighter, tends to have an unorthodox style that can at times draw the ire of his superiors. Wincott and Hudson have that chemistry that works on both sides of the spectrum. They work well together and yet they tend to can’t stand each other when it comes to their personal rivalry. Adding fuel to the fire is Vladimir Skomarovsky as the villain Rodichenko, a mastermind who has his men do the dirty work for him.

Well, with this being a martial arts action film, how’s the action? In a word, stellar. Once again, Jeff Pruitt choreographed the fight scenes with help from Alpha Stunts’ Koichi Sakamoto to craft some intricate fight scenes. The two major highlight action sequences involve Kevin and Jack teaming up to take on some of Rodichenko’s men in a club and Wincott taking center stage in what is known as “The Russian Circle”, a ring of fighters surrounding him in an abandoned theater. The latter will bring to mind the dojo fight in Bruce Lee’s Fist of Fury, but seeing Sakamoto himself as one of the guys in this fight and giving Wincott the most trouble is flat out awesome. And there are some Jackie Chan references in the film in terms of some action pieces including a move used in Police Story and the use of the awesome impact move known as the Hong Kong spin used on several occasions. Wincott even gets to have not one but two fights against Greek powerhouse Stefanos Miltsakakis, who plays number one man Sergei.

Martial Outlaw is definitely an underrated film in the 90’s “golden age” of straight to video martial arts films. Jeff Wincott and Gary Hudson’s chemistry enhances the film to where it does bring a level of emotion mixed in with some awesome fight scenes.