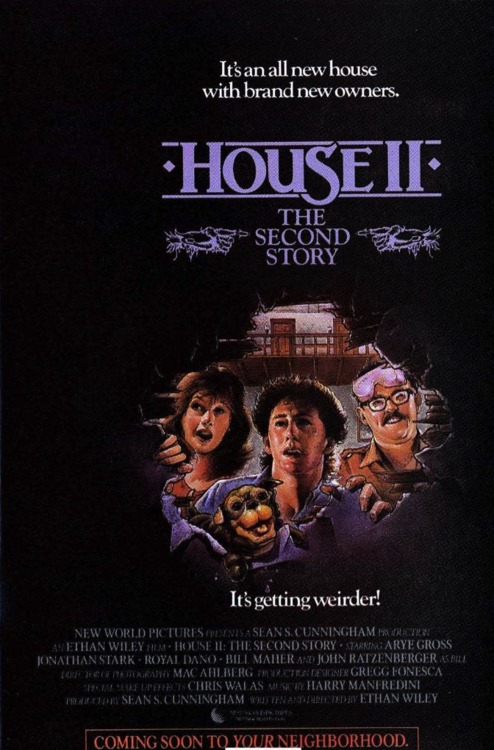 This thematic sequel has more fun times than its predecessor but nevertheless, is an overall enjoyable film involving zombies, eternal life, and good ol’ crazy fun.

It’s October 30, 1986 and artist Jesse McLaughlin has moved into his ancestral home along with his girlfriend Kate. It also happens to be Jesse’s birthday and that night, Jesse’s best friend Charlie and his girlfriend, aspiring singer Lana, arrive to join Jesse and Kate for the celebration. In addition, Lana is hoping to jumpstart a music career through Kate, who works for a local record company. Late that night, Jesse discovers old family photos involving his great-great-grandfather Jesse, who was a Western outlaw who acquired a crystal skull that is believed to give eternal life.

Deciding to go on a whim, Jesse and Charlie find the elder Jesse’s grave behind the house. As Jesse finds the skull, he finds himself attacked by a zombie who has come to life. When the zombie reveals himself and learns that Jesse is his descendant, he meets Jesse and Charlie with happiness. The elder Jesse, who decides to call himself Gramps, brings the skulls and tells Jesse and Charlie to make sure that nothing happens to the skull. However, on this adventure, Jesse, Charlie, and Gramps learn that the skull is more than just granting eternal life, but on top of that, Gramps’ arch nemesis, Slim Razor, has arrived with the intention to get the skull for himself. Will they be able to survive this crazy adventure?

1986’s House was a bit of a surprise horror film revolving around a Vietnam War veteran who while returning to his childhood home to write a novel. The film would bring many surprises and madness in the film. A year later, the producers and creator Ethan Wiley decided to capitalize on the film’s success and make a thematic sequel, hence the subtitle “The Second Story” with Wiley himself taking over as director. In addition, the decision was made to make the film more comical and bring family to life in the form of Jesse and Gramps.

The film’s opening sequence is set in the 60’s and involves Jesse’s parents, who find themselves killed by the potential villain of the film, the zombie cowboy Slim Razor. It is then we met the now adult Jesse, played by Arye Gross with his friend Charlie, played by Fright Night’s Jonathan Stark, the film’s hilarious comic relief (for an 80’s film). Royal Dano is wonderful as Gramps, who starts out right away as a villain only to reveal his true nature upon unmasking himself and in his exact words, “waited 70 years for some jackass to help unbury him”. You only can feel sympathetic for Gramps, as while he resorts to being very sad when he sees himself, decides to go the heck with it and decides to have loads of fun with his descendant.

While the first film revolves around monsters invading Roger Cobb’s ancestral home, Jesse’s home in this sequel involves more than just monsters, but in a stunning twist, time travel! Yes, the crystal skull that is the MacGuffin of the film is actually a key to a portal through time periods. The trio of heroes get to experience being in the Jurassic period, the days of the Aztec Empire, and of course Gramps’ home territory, the Old West. John Ratzenberger makes the most of his screen time as electrician Bill, who somehow helps the heroes out when it’s needed. Overall, it’s good fun and the film is more on comedy than horror, but it’s the 80’s, so it is all good.

House II: The Second Story is 80’s fun at meshing horror and comedy with a dose of sci-fi. A pretty good cast, some insane time travel moments and all-around fun.