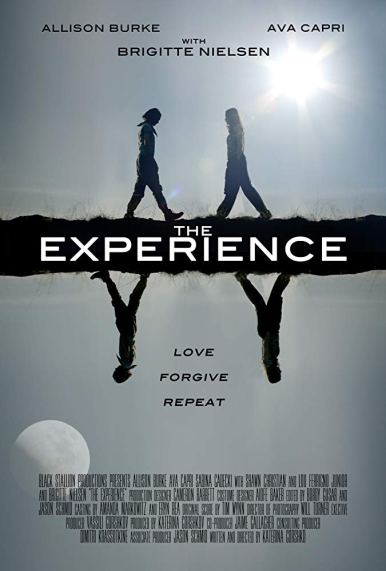 A young woman comes of age in this very interesting film that is more than what one would expect.

Scarlet Evans, a high school student, has been in serious trouble as of late. Having a hatred for her father Peter for dating her former school counselor, Scarlet acts out by skipping school. Under the advice of the new school counselor, Scarlet is sent to a wilderness ranch for juvenile delinquents. Attempting to escape will result in no visitation and longer stay period. Despite attempts from her new counselor Russell to help her get back in the swing of things, Scarlet finds herself a worthless cause.

That is, until the arrival of a newcomer, Dylan. At first, Scarlet is apprehensive but soon warms up to Dylan. The two find themselves forging a bond that slowly evolves into something more romantic. Dylan becomes responsible for Scarlet’s change in attitude as she becomes friendlier towards Russell and the other teens. Meanwhile, she has yet to forgive her father, who finds himself in a major bind when it comes to a million-dollar environmental project that may be linked to cancer amongst local townsfolk. Will Scarlet be able to forgive her father as well as find herself in the process?

Making her feature film directorial debut Katerina Gorshkov does something extremely interesting. She takes the coming-of-age film, adds a LGBTQ romance, but then surprises everyone when she adds a major twist that will tend to be a bit jaw-dropping. What makes the film even more watchable is the cast, who pull off exciting performances, especially lead stars Allison Kove and Ava Capri.

Kove brings her A-game as Scarlet, a high schooler who has had a miserable life since the death of her mother and the fact her father’s new relationship has seriously affected her familial bond just makes things worse. She resents her father’s new girlfriend and for good reason as she can be seen as someone who can be extremely manipulative and a type of character that needs some medicine of her own. As for Capri’s Dylan, she becomes the catalyst for Scarlet’s transformation from delinquent to one who feels love for the first time in so long. The bond between these two is driven by the chemistry between the two actors and it works quite well here.

Shawn Christian brings some good support as Scarlet’s father, who finds himself conflicted with both his business and his relationship with Scarlet. In a limited appearance, Lou Ferrigno Jr. plays Michael, Peter’s associate who forces Peter into an uncomfortable situation. Ravi Naidu is quite interesting as Richard, who acts as a spiritual advisor to Scarlet in her time of need. However, the big surprise comes in the form of Brigitte Nielsen, whose character of Ezilda becomes the major twist in the entire film.

The Experience is a coming of age film meshed with political power and a major edge all driven by great performances by the cast. The shocking twist helps make this one to check out.