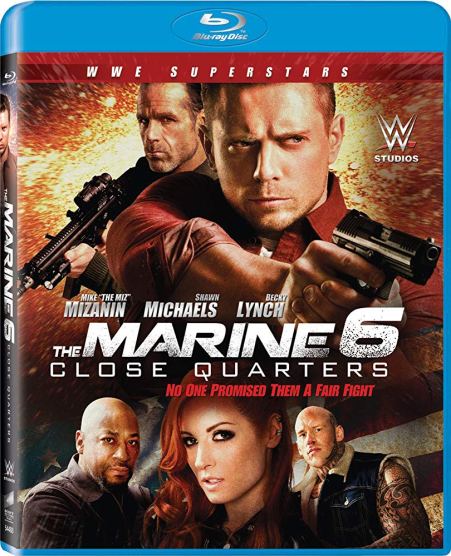 Jake Carter is back and this time, he’s not alone in the latest installment of the WWE film franchise.

In Portland, Oregon, Jake Carter has reunited with his former commanding officer Luke Trapper. Luke invites Jake to join him to see Tommy Walker, the father to one of Jake and Luke’s former comrades who was killed in combat. Tommy lives in an abandoned building in which he refuses to leave. However, Luke respects Tommy’s wishes and only offers to bring him some basic needs, including food. On their way out, they hear a noise.

When Luke and Jake find the source of the noise, the find themselves involved in a situation they never expected to find. Sarah Dillon is a young woman kidnapped by Maddy Hayes, a notorious criminal whose father is on trial with Sarah’s father being one of the jurors. If Sarah’s father fails to get a hung jury, Sarah will be killed. Luke and Jake decide to save Sarah by using the environment and their military skills to protect her from Maddy and her gang. Will they make it out in time?

WWE, the sports entertainment company, has brought back their iconic film franchise The Marine for a sixth go-round. Where John Cena and Ted DiBiase Jr. brought the first two installments, it is Mike “The Miz” Mizanin that has become the franchise’s iconic star. After The Marine 3: Homefront, Mizanin has carried the series throughout in the role of Jake Carter, going from returning home to working as a private bodyguard to an EMT. This new film brings Carter back as the EMT but on vacation with his former commanding officer as he finds himself back in street warfare.

Beginning with The Marine 4: Moving Target, some of Mizanin’s fellow WWE superstars have appeared in normally villain roles. However, for this film, we have WWE legend Shawn Michaels as Carter’s former commanding officer Luke Trapper, who not only can play it off well as an aging action hero type, but brings a bit of comic relief with his constant re-telling of old war stories. However, sticking to its semi-trademark, there is a WWE superstar playing a villain and that is Rebecca Quin, known to WWE fans as Becky Lynch, as the notorious leader Maddy Hayes. Maddy is ruthless and will go to great lengths to get what she wants and that is her father being freed from trial.

In charge of the film’s action scenes is the amazing Tim Man. Man, whose more akin to flashy footwork and martial arts abilities, employs the subtitular Close Quarters quite well knowing the stars’ wrestling backgrounds. Man does let Lynch get to throw some decent kicks when needed and the film brings a reunion between Man and Boyka: Undisputed heavy Martyn Ford, who plays Maddy’s bulking brother Oscar, who gets in not one, but two scraps with our hero Marine. The film may seem run of the mill for an action film but offers a jaw dropping twist in the finale that amps the overall product up.

The Marine 6: Close Quarters is a very solid entry for WWE superstar Mike Mizanin, having a sense of being more fight heavy than its predecessors. Shawn Michaels and Becky Lynch bring very great support and Tim Man’s (pun intended) close quarters-style action is quite nice for this franchise.