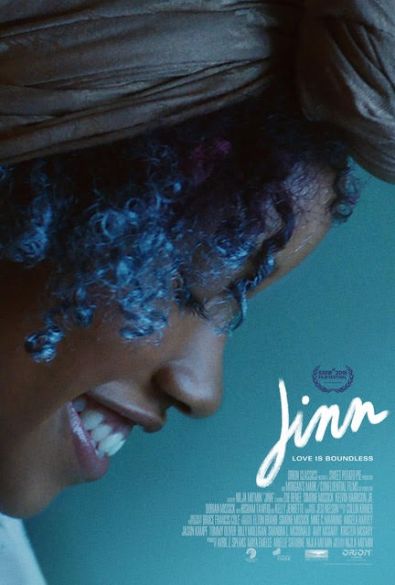 A teenager begins to come to terms with her identity in this riveting drama from Nijla Mu’min.

Summer is a 17-year old who aspires to become a dancer. She spends her time watching dance videos as the inspiration for her potential career. However, her mother Jade, who is a popular local meteorologist, has made the decision to convert to Muslim. The abrupt decision slowly begins to affect Summer’s relationship with her mother, as Jade expects Summer to follow in her footsteps and become involved in the Muslim religion.

Slowly finding herself at a crossroads, Summer slowly begins to transition to appease her mother. She had begun to stop dancing, thus alienating her relationship with her friends and even her father begins to worry, as he feels Jade is becoming a bad influence. However, when Summer gets herself in a series of events that land her in hot water, Summer must decide to make a decision that will change her life forever.

This is a wonderfully made film that brings a sense of realism to the forefront. The topics of both identity and religion are the dominating factors of the film, churned out by great performances by Zoe Renee as Summer and Simone Missick as Jade. The film is not an anti-religion film but more on how the Muslim religion can be viewed in the eyes of both sides of the spectrum, and features both positive and negative opinions of the spectrum.

For Renee, the character of Summer is the primary focus as she struggles the most with identifying with herself. She has aspirations to pursue a career as a professional dancer, but soon learns her career is not exactly accepted with Muslim religion. Her mother’s aspirations tends to be a roadblock in her dreams. When Summer does things that embarrass Jade, she finds herself having to do what it takes to get on her mother’s good side. Even with having a relationship with Muslim teen Tahir, played by Kelvin Harrison Jr., Summer still finds herself in conflict with herself.

Missick, Jade is quite an interesting character as well as for reasons unknown, decides to convert to Muslim. While one can respect Jade’s decision, one may be concerned with a subliminal feeling that she may be pushing her newfound values on Summer. This would lead to Summer making a decision that she may not agree with, but looks to appease her mother, no matter how much it really hurts her. Missick, at one point, even begins to question if she made the right decision when it comes to being confronted for some of Summer’s actions.

Jinn is a very realistic look at both religion and identity and gives a viewpoint from both sides of the spectrum, driven by the performances of Zoe Renee and Simone Missick.

Orion Classics will release the film in select theaters, VOD, and Digital HD on November 16.