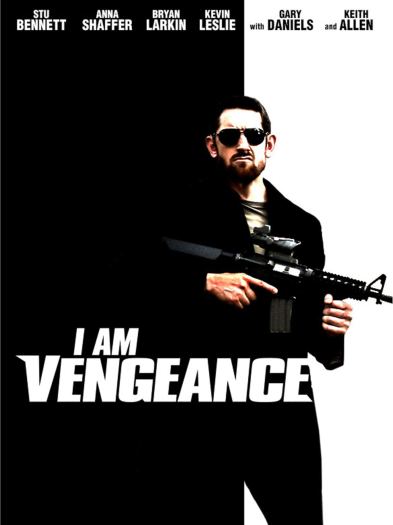 John Gold is a former soldier who is now a paid mercenary. After his latest job, he decides to contact an old friend from his military days, Dan Mason. John receives the sad news that Dan and both of his parents were murdered. Learning that Dan had lived in the small town of Devotion, John decides to take it upon himself to go there, pay his respects, and find out who killed Dan and his parents and why.

Upon his arrival, he is met already with disdain from the locals with the exception of young Sandra, a woman who faces a terrifying addiction. At the local bar, his questioning about Dan and his family nearly leads to a confrontation from a group led by George Hatcher, a former military commander who has become a drug dealer. Through vital information, John learns it is Hatcher and his group who are responsible for Dan’s murder and he decides to not leave town until he avenges his friend’s death.

Ross Boyask has helped the indie action circuit in his native United Kingdom for well over a decade now and he continues to become a strong filmmaking force within the indie film community. His latest film is a standard revenge film that has a few twists that prove to drive the film along, but it is the cast of this film that makes this a great action film despite its clichés. In addition, Boyask’s script doesn’t rely on just action or drama, but a welcome meshing of the two as it pertains to the clichéd revenge plot.

While a good portion of Boyask’s filmography relies solely on virtual and underrated unknowns in the lead roles, Boyask ups the ante on this one with having two major names play both the hero and the main villain. For our hero, we have Stu Bennett, who pro wrestling fans will remember as WWE superstar Wade “Bad News” Barrett. As the hero, Bennett, who proved himself in front of cameras with a villain role in WWE Studios’ Eliminators prior to this, bring the rugged hero role quite well as he is determined and will go at any lengths to avenge his best friend and family.

As for the lead villain, we have none other than Gary Daniels, who had burst onto screens in the 1990’s with his impeccable martial arts skills in both American and Hong Kong martial arts action films. Daniels has also had his share of dramatic roles and for his role as lead villain Hatcher, he is able to mesh the two well, while still having the skill set that made him a favorite among action fans. Chasing the Dragon’s Bryan Larkin goes a bit over the top as henchman Marshall but in a way, these villains tend to have ultimately over the top henchmen so it’s forgivable.

There are some fun action sequences that mix gunfire and fisticuffs. Under the eye of fight choreographer Andrei Nazarenko, Bennett is able to make good use of close quarters combat and his pro wrestling moves with the occasional kick while when it calls for it, Daniels shows age is nothing as he still has the skills. There is a bit of comic relief in one particular fight, but for the most part the actionis quite enjoyable and meshes well with the dramatic portions of the film.

I Am Vengeance helps continues Ross Boyask’s stream as an indie filmmaker to look out for. Stu Bennett and Gary Daniels drive the film as hero and villain and despite the clichéd plot, meshes drama and action quite well.