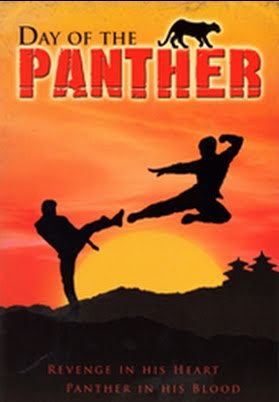 In the 1980’s, martial arts action films were popping up across Asia and the United States. In the mid-1980’s, Australian director Brian Trenchard-Smith, the man behind Jimmy Wang Yu’s The Man from Hong Kong (1975), made this Aussie martial arts action film that despite a standard plot features surprisingly well shot fight sequences.

Jason Blade is a member of the Order of the Panther, a mysterious martial arts clan led by William Anderson. Jason is an officer with the Hong Kong police along with William’s daughter Linda. Together, they plan to get evidence of a drug deal between the Triads and an Australian-based mobster. When Linda and Jason’s covers are blown, the deal is a bust and mob enforcer Baxter decides to go after Linda, not realizing Jason was there to assist her.

When Linda heads back to Perth to present evidence to the police, she is ambushed by thugs hired by Baxter and his boss, Damien Zukor (Michael Carman). When Jason learns of Linda’s death, he heads back to Perth and is offered to work with the police. Jason infiltrates himself into Zukor’s gang. However, Baxter becomes highly suspicious of Jason, who also informs William of his “gang activity” so he can seek revenge for Linda’s death. Together with Linda’s cousin Gemma, Jason hatches a plan to get revenge for Linda and stop Zukor and Baxter once and for all.

With the 1980’s as one of the greatest decades to churn out martial arts movies, it becomes quite surprisingly that aside from the U.S.A. and Asia, Australia would churn out this action film. With a story by David Groom and Peter West (the latter wrote the screenplay), the helmer is well-known Aussie director Brian Trechard-Smith. This is the man behind Jimmy Wang Yu’s The Man from Hong Kong (1975) and later, the film debut of Nicole Kidman, BMX Bandits (1983). Trechard-Smith does a great job helming a standardized action film that ends up looking quite good. With his experience, it is clear why that he can be considered perhaps the “Robert Clouse of Australia”.

In the lead role of Jason Blade is martial arts expert Edward John Staszak. Staszak has exactly what is needed for a martial arts action hero: rugged looks and great skills in the fight department. Staszak displays some nice spin kicks and a near picture perfect pushing side kick. He also is very fast with his hands. His crisp fast punches make him look like he can move like fellow Aussie martial artist Richard Norton. One can only wonder what it would have been if Staszak and Norton were to join forces for a film together.

Playing the villain Baxter is martial artist Jim Richards. Judging from the styles used, Richards perhaps may have studied with Staszak because despite his somewhat bulk size, he seems to move pretty fast as well. He has some decent fights against John Stanton (who plays Jason’s teacher) and then the finale against Staszak.

So what makes this not exactly above average? Well, that falls under the department of the character of Gemma, played by Paris Jefferson. Practically a spitting image of killed off character Linda but with dark hair, a scene in the film seems out of nowhere. During his workout, Jason is entertained when Gemma out of nowhere busts into a dance number. Where this came from nobody knows, but it will make one say, “What?”

In addition to playing hero and villain, both Stazak and Richards also served as the film’s fight choreographers, with help from stunt coordinators Guy Norris and Rocky McDonald. Stazak and Richards truly work well together and individually. In her two brief fight scenes before being killed off, Linda Megier looks quite impressive with her spin kicks and would go on to have a successful career as a stuntwoman. With her looks and skills, she could have actually had a career as perhaps a top fighting diva on-screen like fellow Aussie and karate champ turned actress Kim-Maree Penn.
Strike of the Panther, which was shot back-to-back with this film. However, that would be his final film as well. Meanwhile, Richards would also return in the sequel and work as a stuntman in films like Street Fighter (1994) and an actor in No Escape (1994) opposite Ray Liotta as an executioner before becoming a filmmaker in his own right with Amongst Dead Men in 2002.

For some good 80’s-style action, Day of the Panther is quite a surprising film. While the plot is standard and has some unnecessary dancing going on, the pluses include the well-shot fight scenes and the mysterious action hero that is Edward John Staszak. In other words, the film is definitely a guilty pleasure.