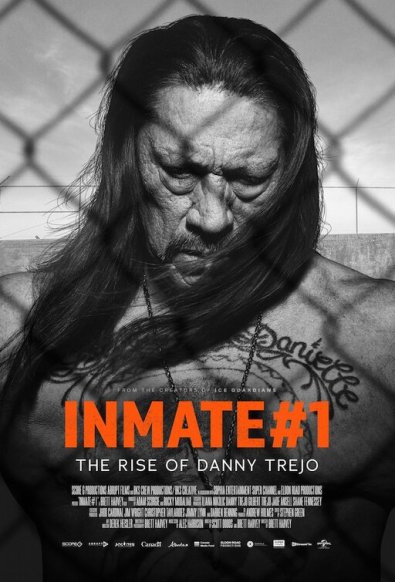 One of Hollywood’s greatest actors today is the focus of this documentary about his criminal past and how he has risen to become not only one of the best actors in today’s films, but also a generous and wonderful human being.

Danny Trejo is one of the busiest actors in Hollywood today. Amassing over 350 credits in three and half decades of acting, Trejo is one of the most respected entertainers in the industry today. However, it wasn’t always that way. As a matter of fact, he had it rough growing up in Echo Park due to some family connections involved in drugs. Having an addiction at an early age and getting involved himself, Trejo had been in prison in the 1960s at San Quentin. It was there that he decided to clean up and find a new love: boxing. He would become a lightweight and welterweight champion during his time at San Quentin.

When he was finally released, he decided to help those who needed help. Working as a drug counselor and motivational speaker, he attracted the attention of a man who invited him to the set of the film Runaway Train. Learning he was also a boxer, Trejo trained actor Eric Roberts in the role and he would get his first movie role as a convict due to his appearance. This would become the catalyst for Trejo’s successful movie career. And the best thing about his career is that he’s not about ego as he is hailed as one of the nicest people one could ever come across. And he still calls Echo Park home to this day.

This documentary by director Brett Harvey takes an intimate look at the life of not only one of the best actors in Hollywood today, but also one of this nicest people you could ever come across. As the subtitle says, it’s about the “rise” of Danny Trejo, and it only says rise, but he has already experienced the “fall” and now that he’s risen, he’s not going to be falling back down anytime soon.

We get to see Danny personally talk about his experiences growing up, his hard time at San Quentin prison, his turnaround and getting clean and sober and how boxing helped change his life forever. We also get to see him talk to many groups, from recovering drug addicts to prisoners as a motivational speaker as his experience with both drugs and prison make him someone who will go above and beyond to help those in need. As a matter of fact, he saved a child in an overturned car in 2019 and yes, this film is so new that this event is mentioned in the film. There are no sugarcoating things as documentaries about celebrities like to do. This is the Danny Trejo we get to know and love.

There are also interviews with those who work close to Danny, especially his second cousin, director Robert Rodriguez. The duo have become known for their many collaborations and the best thing about Danny is, he is not picky about the projects he chooses to work on. To him, acting is a job as noted in one hilarious impersonation of Trejo, Rodriguez explains that when Trejo called him about a new film he’s working on, instead of telling him what the film is about, he says, “man it’s just work”. And having over 350 credits as an actor since 1985, that says something. It says this is a man who is dedicated and will work just the sake of working and enjoying his job. In this case, Danny Trejo enjoys being an actor.

Inmate #1: The Rise of Danny Trejo should be seen by any fan of films, especially those who love seeing Trejo in films. This is a look at a man who doesn’t through a rise and fall, but the reverse. He once fell and now not only has risen, but he’s flying high…and there’s no stopping him anytime soon!