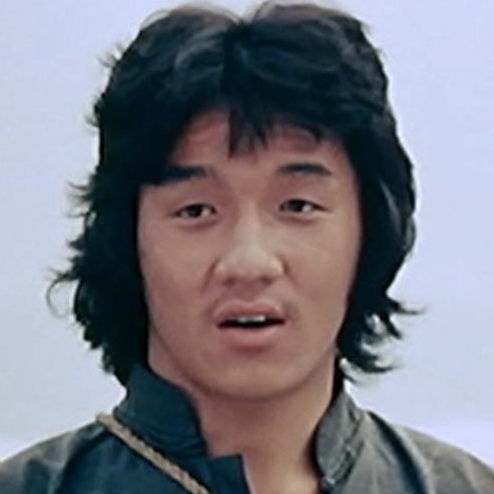 The first film for the defunct Lo Wei Motion Picture Company is a “sequel” to the Bruce Lee classic and its star is a familiar face, that of a young Jackie Chan.

After the death of Chen Zhen, the hero of the Ching Wu School, the remaining survivors have found themselves no other choice but to escape. With the help of the Inspector who made a deal with the occupying Japanese to leave the school alone, Mao Li Er and others decide to head to Taiwan in hopes to reinvigorate the school there. However, upon their arrival, trouble ensues when a young pickpocket named Lung enters the picture.

In an attempt to get some money, Lung steals a pair of nunchakus that belonged to Chen Zhen. That soon becomes the least of their worries as Okimura, the leader of the Black Bear Dojo, is using force for all the martial arts schools to open under his rule. Anyone who opposes gets seriously maimed by Okimura’s school, which includes his star student who happens to be his daughter. When Lung returns the nunchakus, Mao constantly attempts to ask Lung to join their school but is met with resistance. That is, until things go too far and Lung, normally a pacifist, decides to join Ching Wu and learn the techniques that made Chen Zhen their champion as Mao sees the spirit of Chen in Lung.

Five years after the original Fist of Fury became one of the trendsetting martial arts films in classic kung fu history, the film would go on to have “sequels”. One comes in Jimmy Shaw’s Fist of Fury II, in which Ho Chung-Tao would be play the brother to Chen Zhen. However, Lo Wei, who wrote the screenplay for the original film, came up with this “official” sequel due to the presence of Nora Miao in the return of Mao Li Er, Chen Zhen’s girlfriend and Lo Wei co-writing and directing this film, the first for his self-titled production company.

The film’s main star is none other than a young Jackie Chan, who signed on to Lo’s company after appearing mainly as a stuntman and bit part actor in numerous films. Two years before breaking out with Snake in the Eagle’s Shadow, Chan was still considered green with only one lead role under his belt, The Cub Tiger from Kwantung in 1973. As the pacifist Lung, Chan looks uncomfortable in the role for most of the film as his character is not seen doing much. However, we do get a brief preview of things to come in terms of his trademark when he confronts a group of Japanese with Chen Zhen’s nunchakus and smacks himself in the face before getting roughed up.

The only other problem lies in the script, where it is a virtual reboot of the original film in terms of certain aspects. They include a Taiwanese traitor who allies himself with the Japanese (in this case, Liu Ping’s Lin Chin Kui) and we don’t get to see the main villain, in this case the late great Chan Sing in action until the finale. However, kudos goes to Cheng Siu-Siu, who makes her only film appearance as Okimura’s daughter, who becomes the enforcer for her father’s dojo, taking on anyone who opposed the attempted takeover of the martial arts schools. Despite Han Ying-Chieh’s action directing, which the fights are not too bad, Jackie’s version of the “Fist of Fury” looks comparably lame when compared to Bruce Lee’s iconic take on the move.

New Fist of Fury is a by-the-numbers kung fu film that is meant to serve as a sequel to a classic. But it’s clear Jackie Chan looks very uncomfortable here and it’s a relief he would break the mold two years later.