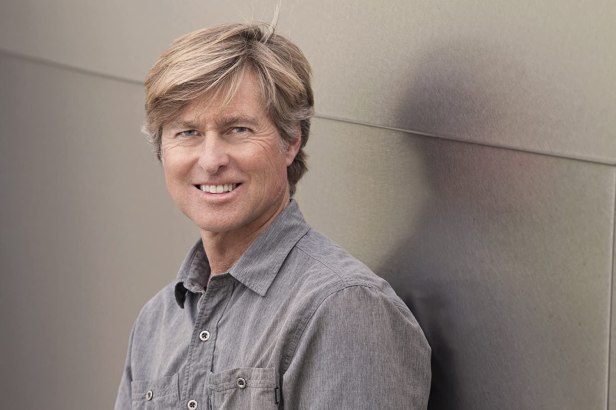 David Wall is an actor, writer, producer, and director who has three films under his belt to date. His 2007 dramedy Noelle, won the Best Director Award at the Fort Lauderdale International Film Fesitval. His latest film, the adventure comedy Gold Dust, was released Tuesday on VOD and Digital from High Octane Pictures.

WorldFilmGeek had the chance to talk to Wall about his latest film and the surprising influences with the film and its cast of characters.

Hi David. Thank you so much for talking about Gold Dust. I really enjoyed the film as I couldn’t stop laughing. I thought it was such a fun and wild adventure.
Thank you so much! I’m glad to hear that you enjoyed it!

What inspired you to come up with the film?
Golly! Well, I did it out of desperation (Laughs). I’ve been trying to make a movie for a number of years now and I live out by the Mojave Desert. My kids were at home making movies and I was so astounded by what I saw, I decided that we all needed to make a movie together. And since I lived near the Mojave Desert, I wanted to do an adventure. So I said let’s all do it! We got some actors, some non-actors. I wanted to use what I had and make a Looney Tunes-style, fun movie. That was the desire.

I wanted to come across the fact that this is a movie that families can enjoy as well. I remember seeing Hunt for the WIlderpeople  from Taika Waititi and I thought to myself, this is a great family and funny movie. So I wanted to do something in that vein.

You and David Wysocki had great chemistry together in the film. While the “Would You Rather” scenes were funny, it was the “acting the Orc” scene that really had me laughing. What was it like working with him?
(Laughs) That’s funny you said that because David has been my best friend for 30 years! That’s why we worked so well together. He was a soap actor prior so he’s a pro. But, what’s even funny was that he found that “Orc” scene very hard (Laughs). And here’s where it came from. David and I did that scene in one-shot and that was quite an accomplishment on its own.

My youngest son and I would do the same thing at the dinner table and everyone would be cracking up. He would act as the “orc” and continuously mess up the line, so I would direct him, and it would end up causing the kids to crack up. I knew that when I was writing the script, I had to add that scene in and it’s so funny because we had this great group of young Russian kids, like our director of photography and others and when we shot the scene, they started laughing. The angle was a close-up low angle so we got worried about them shaking the camera or them picking up the sound, but they did such a great job with that shot.

That’s hilarious! And I have to say, I absolutely loved the character of the Dancing Killer. He wasn’t even a killer! He knocked people out and put them in his car. Were there any influences in bringing that character to life?
It all came from me entertaining my kids. When they would get unruly, I would really become this persona of someone who rolls his eyes up when listening to classical music. I would start dancing towards them and make the motions that I’m chopping them up and they all would run around and scream. It seemed like a sense of childhood trauma (Laughs), but I really enjoyed doing that and I knew this had to be a character I had to bring to the movie.

I will tell you who the character it reminded me of. I thought of both this charismatic villain in a Hong Kong movie, Young and Dangerous IV, who is enthralled with music, speaks softly to his victim then throws him off a roof. I also thought of Crispin Glover’s Charlie’s Angels character of the Thin Man.
Yeah, I could see the Thin Man with that character, but the film has as a whole came partly from my personal experiences and my need to make this fun and wild film.

It must have been a blast to work with your family on the film.
It really was! They were just growing up making their own little films and I was so shocked with what I saw. I was like ‘How did you do that?’ I mean, I live on a small ranch and they totally inspired me to get this film made.

How long did shooting take and what obstacles did you face along the way?
Shooting took about 24 days, between 4 to 6-day weeks. The biggest challenge was dealing with the desert. I live at the end of the desert but in a town. But when you’re way out there in the desert, it was very challenging. Granted, it’s beautiful I mean like seeing the moon. The hardest thing was supporting crew when you’re shooting out in the desert. We had this shot list and it was accommodating the crew that was tough. However, there was this ranch that’s out there and after some begging and pleading, they allowed us to rent it out to bring our trailers there so we can shoot the film.

The other hard thing about shooting in the desert is that there were a lot of mines and there were certain ones we couldn’t shoot. So, then it was an issue with locations to get the shots right. But overall, it was a great experience.

Finally, are there any new films in the works that you can talk about?
Well, I have written a lot of scripts that I’m trying to figure out what’s the next step. I will say I do have a sequel planned to this film and if you thought this was crazy, you’ve not seen anything yet! (Laughs). I had originally conceived this either a series or something to do a sequel to, so let’s see what happens.

I hope there will be a sequel because I had such a blast watching this one. Gold Dust is now available on Demand and on Digital. If you like a good ol’ comic fun adventure film in the desert, you’re gonna want to see this! David, thank you so much for talking about the film and I hope you do get to make the sequel, because I’ll be first in line! And I hope you and your family stay safe!
Thank you for having me. It was a great time and I hope you all stay safe as well!

A Special Thank You goes to October Coast PR and David Wall for making this interview possible.

2 thoughts on “Dusting the “Gold”: An Interview with David Wall”