Five years ago on January 14, the action film world lost one of its greats and one of the all around nicest guys in the industry: Darren Shahlavi. While the name may not be familiar to all, his illustrious career, which spanned over two decades with his humble beginnings in Hong Kong and his crossover to North America, Shahlavi had taken on some of the greats in the industry: Jean-Claude Van Damme, Michael Jai White, Scott Adkins, and his one-time idol himself, Donnie Yen.

For those wanting to take a look at the career of this great actor, who I had the pleasure to talk to in the early 2000s as a budding film writer and college student, I present to you my Top 10 Darren Shahlavi Performances. These are based on his role and performance as well as being given the chance to hone his action skills on screen.

DISCLAIMER: This list is solely based on the opinion of WorldFilmGeek. and are focused solely on films, so television appearances such as Arrow and The Metal Hurlant Chronicles will not be on this list. (I know, I sound like a WatchMojo video LOL) 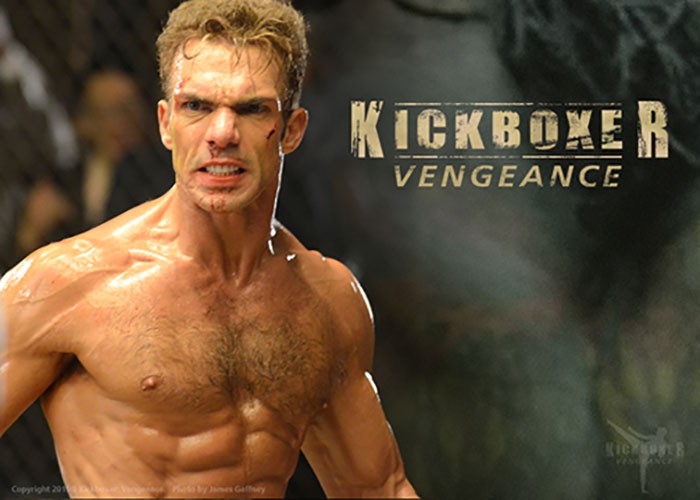 10. Kickboxer: Vengeance (2016)
We start with Darren’s final film role, that of older brother Eric Sloane in the reboot of the 1989 cult classic martial arts epic Kickboxer. While his appearance in the fight department is brief, much like Dennis Alexio’s role in the original, Darren conveyed this emotional side and determination to overcome the odds when faced off against Tong Po, but is sadly met with dire circumstances, forcing younger brother Alain Moussi (as Kurt Sloane) to exact revenge by training with Eric’s mentor Durand, played by the OG Kurt himself, Jean-Claude Van Damme.

9. I Spy (2002)
That’s right! Darren got to face off against comedy legend Eddie Murphy, who takes the iconic role of Kelly Robinson and making him a boxer (instead of Bill Cosby‘s tennis player) turned spy. In the film, Darren played Cedric Mills, Robinson’s in-ring opponent for a major boxing match in Prague. In a hilarious scene, Murphy mocks Shahlavi and coerces him into doing an open-handed exhibition that results in Murphy slapping Shahlavi in the face, causing chaos pre-fight. And their boxing fight itself is well done. But this isn’t the first time we see Shahlavi play a Western boxer…

8. Tactical Force (2011)
This film has quite a few heavywewights. Former WWE superstar Steve Austin, martial arts superpower Michael Jai White, and UFC legend Keith Jardine appear with Shahlavi playing Storato, a member of one gang who are up against another gang in an abandoned bunker with a training SWAT team in the middle of the gang war. One of the highlights of the film is seeing Shahlavi going toe-to-toe with White in a pretty good fight scene.

7. Techno Warriors (1998)
This low-budget Hong Kong film revolves around various characters in a video game. For this film, Shahlavi played the game’s supercop Twister, who is partnered up with Lee Kwang-Soo (as Cannon) to face off against members of the underworld in the titular video game. During one of my interactions with Shahlavi, he briefly mentioned how he felt the costume was a bit restricting and how he practically choreographed his own fight scenes as the credited action director was not really a martial arts action director, but one whose expertise seemed more along the lines of vehicle chases and explosions. 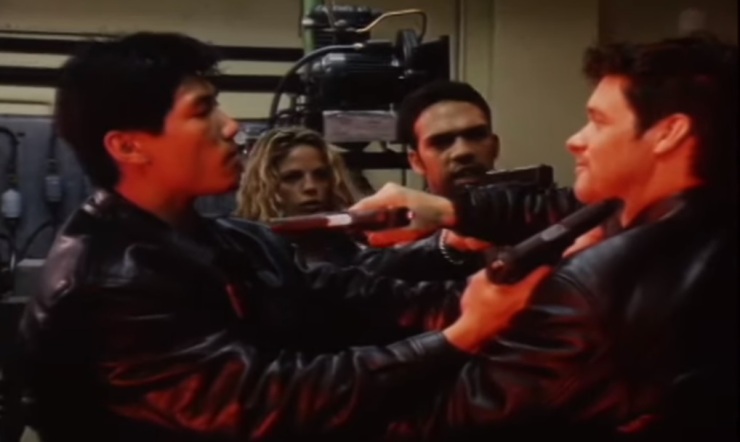 6. Cold Vengeance aka Sometimes a Hero (2003)
This Canadian action-thriller, about an assassin who decides to go straight after falling in love, features some excellent action talent including Bryan Genesse and Josh Barker, the latter the central character. In the film, Shahlavi plays eventual central villain Russ Fortus, who in the finale, sets up to place a bomb in the arena where Barker’s girlfriend is scheduled to skate. Shahlavi goes face to face with Barker in the final set-piece while Genesse faces off against Shahlavi’s henchman, played by Paul Wu.

5. The Marine 3: Homefront (2013)
In the third of WWE Studios’ iconic franchise, Shahlavi takes on the role of henchman Cazal, who takes on WWE superstar Mike “The Miz” Mizanin in a pretty good close quarter fight scene where Shahlavi gets to unleash his kicks and some nifty knife fighting skills. A bit of trivia here is that Mizanin was doubled for certain impact shots by Shahlavi’s co-star of Kickboxer: Vengeance, Alain Moussi. Moussi rallied for Shahlavi to play Eric Sloane after Scott Adkins decided not to take the role in the reboot. 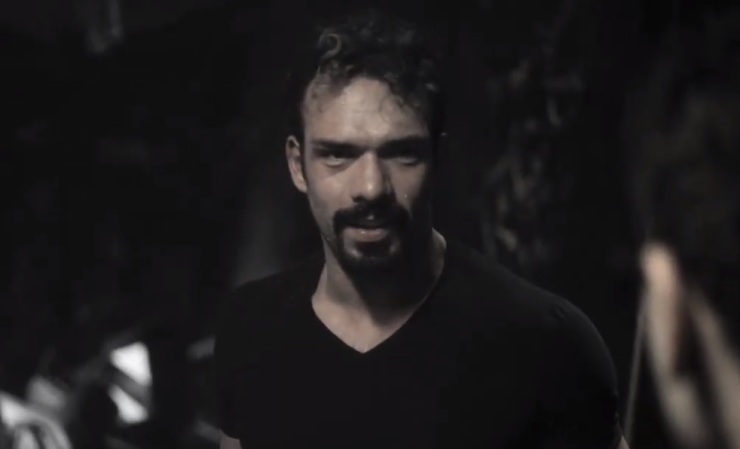 4. Pound of Flesh (2015)
Like Kickboxer: Vengeance, this film was released after the passing of Shahlavi. Here, we see him engage in not one, but two fights against martial arts legend Jean-Claude Van Damme, who plays a man who is knocked out and awakens with the shocking discovery that he has a kidney missing. On the hunt for those responsible, we learn that Shahlavi was hired by the perpetrator to engage JCVD in a fight before giving up and then, is the one hired to do the unthinkable, leading to a final showdown between the two.

3. Ip Man 2: Legend of the Grandmaster (2010)
When Hong Kong action star Donnie Yen went to the UK in 1990, he met a young Shahlavi, who wanted to become a martial arts action star. Flash forward to 2010 with Shahlavi appearing in the sequel to the 2008 hit film that focuses on Wing Chung grandmaster Ip Man, whose most famous student was none other than Bruce Lee. In the film, Shahlavi plays “Twister” Miller, a British boxer who wants to face off against Chinese kung fu to show the superiority of Western boxing. He first takes on the legendary Sammo Hung before his climactic battle with Yen as Ip Man. The finale is reminiscent of a certain 80’s boxing film about some American and a Soviet powerhouse… (Yes being a smartaleck here LOL)

2. Tai Chi II aka Tai Chi Boxer (1995)
This was the film that gained Darren Shahlavi a following in the martial arts film industry. Directed by legendary Yuen Woo-Ping, this in-name sequel to 1993’s Tai Chi Master was an attempt to launch newcomer Wu Jing as a viable action star. Shahlavi plays Mr. Smith, a British businessman who is actually the head of an opium dealing ring. The finale has him taking on first legendary kickboxer Billy Chau before taking on Wu in the final action scene of the film. 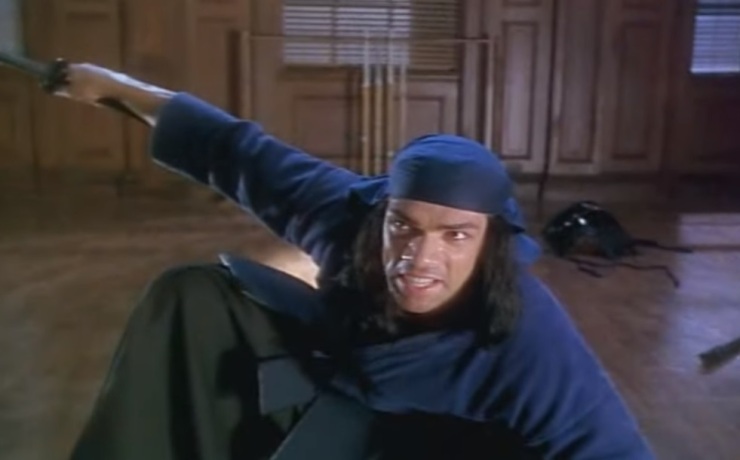 1. Bloodmoon (1997)
This is my all-time favorite Darren Shahlavi performance and the film that introduced me to him. One of the final U.S.-Hong Kong co-productions of Seasonal Film Corporation, Shahlavi takes on the role of a mysterious serial killer who targets world champions of various forms of martial arts. To stop him, a cop who loves doing magic tricks, played by Chuck Jeffreys, must team up with a former detective, played by Gary Daniels, to discover his M.O. and put an end to the killing spree. This film has some of the best fight scenes in an American martial arts film, with Tony Leung Siu-Hung’s choreography being top notch. Highlights include a sword fight and a two-on-one between Jeffreys and Daniels against Shahlavi; not to mention the final fight scene as well.

The memory and legacy of Darren Shahlavi as an action star extraordinare will never be forgotten, even five years after his passing. His memory remains in the hearts of the industry, his family, friends, and legions of fans. If you want to see him strut his stuff, check out these films on various streaming as well as on DVD and Blu-Ray. They are well worth checking out the career of a great man who lived his dream.

We still miss you Darren Shahlavi…this one’s for you.