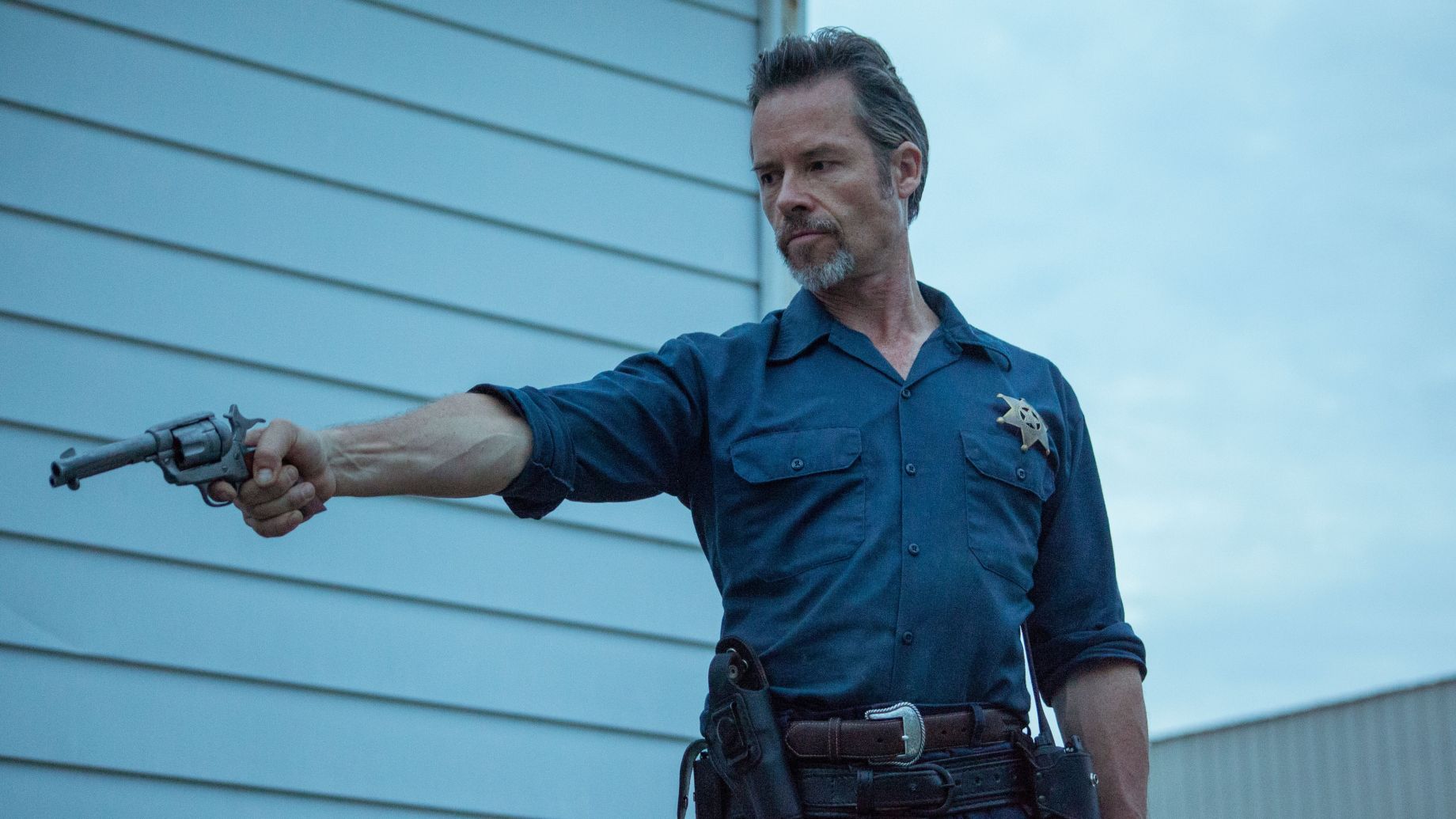 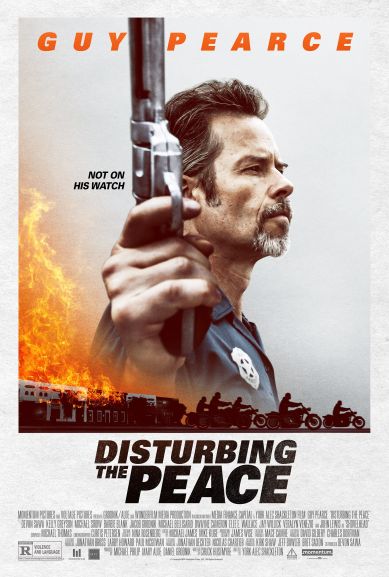 A small town Marshall finds redemption in this latest action film from the director who brought you Nicolas Cage’s 211.

Ten years ago, James Dillon gave up holding a gun after shooting his partner, Scott Lucas, who was held at gunpoint by an unhinged man. Since that incident, not only did James give up the gun, he gave up his job as a Texas Ranger and is now the Marshall of a small town. He has learned Scott had died and it makes his even more miserable. However, on the day after Scott’s passing, James is about to find himself in serious trouble.

After helping café owner Catie beat up a visiting outlaw biker and sending his partner Matt to take the biker to process, the biker’s gang has arrived. Led by Diablo, the gang confronts James and take over the town with the intention of pulling off a multi million dollar heist. As Jim evades the gang, he is forced to make a decision that will change his life forever. With help from Matt and Catie, Jim finds himself with no other option but to do the one thing he hasn’t done in ten years, and that’s pick up a gun.

Athlete and actor turned filmmaker York Alec Shackleton once again surprises the audience as to how he can make a quality action film on a small budget. After doing an impressive job on the underrated 211, Shackleton returns with this tale of a former Texas Ranger who finds redemption within himself when faced by an outlaw biker gang. Chuck Hustmyre’s script is well fleshed out as we get more than the story of our hero, James Dillon, but even gives some insight on the biker gang leader Diablo, as he seems to have some sort of connection to the town.

It seems that wherever Guy Pearce goes, he is set to make an impact in any role he tackles. Here, he plays the suffering James, ex-Ranger turned Marshall. The opening gives us a quick look at his incident ten years ago before we see him heartbroken at the loss of his partner after receiving a letter. It is clear that he seemed to have lost more than a partner, but a brother as well. What’s interesting is the face that Jim has not held a gun since said incident and as seen in a fight against the first of the outlaw bikers, handles himself pretty well in hand-to-hand combat, thanks to stunt coordinator Dan Southworth’s fight choreography. And yet, this is after we see Kelly Greyson throwing down against the biker using a lot of Muay Thai clinch knee strikes and punches.

Devon Sawa is an actor who has lately made a name for playing more villains, including the recent Escape Plan: The Extractors. The former child star is menacing and sometimes a bit over the top as gang leader Diablo. If there is some sort of flaw with the film as a whole, it’s that we don’t get much about his background because he seems to know both Jim and Catie. We never get a full understanding of his connection to the town. His group consists of veterans such as stuntman Terence J. Rotolo, Dan Southworth, and the always great to watch Branscombe Richmond, who also served as the film’s location manager. In addition, perhaps to bring some comic relief to the film, one supporting character, the acting mayor of the town who wants to fire Jim from his post, has a striking resemblance to Hee Haw legend Archie Campbell.

Southworth did a great job on the action scenes, mainly involving shootouts and explosions along with the aforementioned Greyson and Pearce’s hand to hand fight against the biker, played by former MMA fighter John Lewis. The explosions are exciting to watch and the final action set piece between Sawa and Pearce takes an unexpected twist that for this film, should be checked out just because it’s fun and brings something fresh in mind.

Disturbing the Peace is a really good indie action film thanks to Guy Pearce’s story of a man on the road to redemption and York Shackleton’s direction, which proves he is a name to look out for in indie action cinema.

The film will be released in select theaters, On Demand, and Digital on January 17.