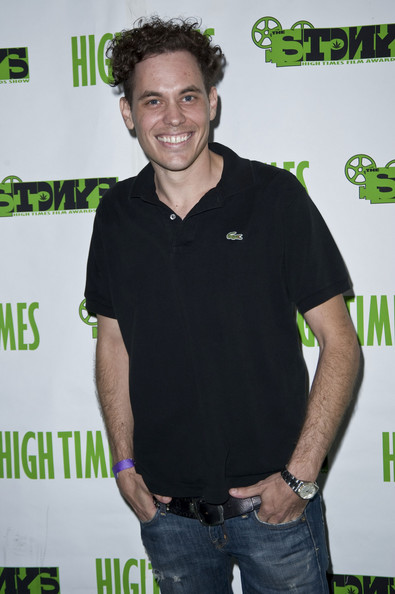 Last year, WorldFilmGeek had the opportunity to talk to athlete and actor turned filmmaker York Shackleton about the true story-inspired 211, starring Nicolas Cage. Coming on January 17, Shackleton returns as he directed the action film Disturbing the Peace, starring Guy Pearce as a Marshall who takes on a biker gang in his small town. The film will be released in select theaters, On Demand, and Digital from Momentum Pictures.

WorldFilmGeek had the opportunity to speak with Shackleton about his latest film.

York, thank you once again for talking the time to talk about your film. I enjoyed 211 but I have to say you outdid yourself with Disturbing the Peace. This was an excellent film that I felt was more than an action film, but a story of redemption.
Thank you so much! That’s what we were going for, because I always love a good action film that had good story elements. I remember last time we talked and I mentioned I loved a good story to go with the action. I love the films from the 80’s like Road House, which was a great action film but had that underlining story that just drives the film. So it was really exciting to do something of that caliber with this film.

I’m guessing that’s what inspired you to direct the film?
Yeah, that was part of it. It was also because I got to work with Guy Pearce and Devon Sawa. I mean these guys already had signed on to the film and these guys are like soldiers that I would want to go into battle with (Laughs). It was both the great script and the chance to work with these two that got me excited to direct the film.

Speaking of Guy Pearce, he was excellent in the central role of Jim, our reluctant hero. I mean, he’s excellent in any role he takes and Devon Sawa showing off his bad side as Diablo, the biker gang leader. What was it like working with these two on the film?
I can’t say enough about these two. Devon had this experience since he was a kid and let me tell you. He gave 110% on the set. He was there every second, ready to take the role head on. He was so easy to get along with and I let him do his thing. I mean with Devon, it was a priceless experience to work with him.

As for Guy, I mean, he’s in a league of his own. He was very open to work with me. We didn’t work together on pre-production, but when we were shooting, we really worked together. We worked on his character, the dialogue, trying to figure out why and how he is doing the things he does. I mean, it was a very fun collaborative effort between me and Guy. He was a true professional on the set and it was an amazing experience to work with him.

One thing that really struck me, as an action fan, was that there was a pretty good fight scene involving Kelly Greyson’s character taking on former MMA champ John Lewis before Guy gets in on the action. I noticed the name Dan Southworth as stunt coordinator and I have to say I’ve enjoyed his work for years, from Power Rangers and U.S. Seals 2 to Broken Path. Did you have a hand in any of the action as well or did you leave it all to him?
I left most of the work to Dan. As a director, I try to empower the stunt coordinator to do his thing and not get too involved. I would have extensive talks with Dan on the film and then let him do his thing. I would only get involved when it came to a few technical pieces or small shots that I needed. But, Dan is a great guy who is on top of his game and he knows his stuff. He knows what he’s doing and he was a pleasure to work with.

Another big name I saw that I was always a fan of is Branscombe Richmond, from Pippi Longstocking to Renegade. He made an excellent addition as Diablo’s right-hand man and I was quite surprised to see he was the film’s location manager. How long did shooting take and what were some of the obstacles you endured this time around?
Oh Branscombe man! I was so lucky to have him. What really shocked me is that he has a production house in Kentucky, where we shot the film. I’ve been a fan of his for a long time. Having seen him in all these projects, getting the chance to actually work with him was a dream come true. He even hosted a Hawaiian barbecue for cast and crew during production. He’s done quite a lot for the community there, including helping local college graduates get their start in the industry behind the scenes so that’s a major thing about him. He was a godsend and great to work with.

Shooting took seventeen days and it’s the usual complications we dealt with. Trying to churn out a big project with little resources. There would be things like trying to shut down roads for production, and other things where I had to make adjustments. But, we persevered, and we had a great crew working on the film, some young producers who were determined to get the film done. It’s something I’ve always experienced. I could tell you lots of stories (Laughs).

I have to ask this. The character of the acting mayor reminded me of this legendary comedian named Archie Campbell, who appeared on the show Hee Haw, which I watched as a kid. Was he a part of the script in terms of his mannerisms because he was some of the comic relief needed for the film?
(Laughs) This is going to shock you, but he’s actually a local actor we were lucky to find. We met him at the local community center and we also had one of the local actors from the area play one of the biker chicks. But this guy, if you met him and hung out with him for the day, he’s actually like that. The mannerisms and everything. I don’t want to take anything away because he is an actor, but the way he is in the film, he’s exactly like that in real life.

Finally, are there any new projects in the works that you can talk about?
I am working on a film that revolves around something that’s close to my heart. It’s going to be another action film with lots of drama. This time, the topic will be about animal cruelty and animal activism. I can’t talk much about it yet, but that’s something that’s coming up.

That’s something I will be looking forward to seeing because you’ve blown me away with both 211 now this film. So, I can’t wait to hear about this next film.
Thank you so much for supporting me and once the official word is out, you’ll be one of the first to hear about it.

Disturbing the Peace comes out on January 17 and this is a wild indie action film about redemption and features some really fun action scenes. Thank you again York for talking about the film.
Thank you again for having me! It’s been great talking to you again.

A Special Thank You goes to Katrina Wan PR and York Alec Shackleton for making this interview possible.

1 thought on “Bringing the “Peace”: An Interview with York Shackleton”