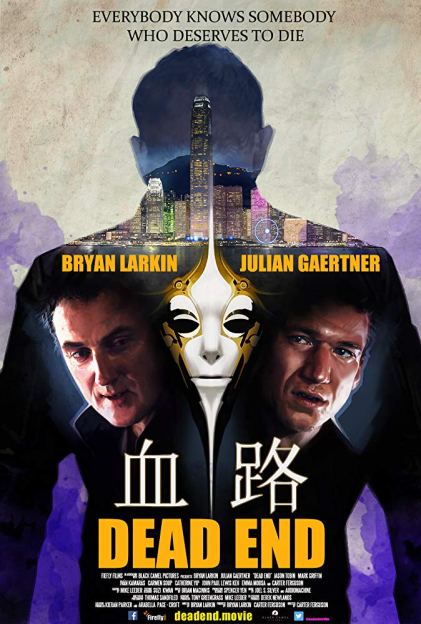 A hitman sent to perform a mission find him caught up with his demons in this short film.

A professional hitman known as the Contractor is given his latest assignment. Based in London, the Contractor must head to Hong Kong to meet up with his contact, a young assassin, to take out a target. The Contractor has his worries as returning to Hong Kong is leaving him some past memories. A few years back, the Contractor was in a serious relationship and his girlfriend was killed by a local Triad. When he meets his partner, the Contractor slowly realizes that his partner may potentially be in a similar situation as the demons begin to haunt him. Will he be able to get through to his partner or will the job prove to be too much?

This action-drama short film has the feel of a Hong Kong-style drama with quite an interesting script from lead star Bryan Larkin, who plays the veteran simply known as “The Contractor”. The film opens with a flashback into the life of the veteran character as we see a bloodied Contactor and his girlfriend at the mercy of a Triad, played by Jason Tobin. Larkin, who was excellent as the corrupt British officer in Chasing the Dragon, shows why he is such an amazing actor as he plays the veteran as both a tortured soul and seasoned veteran who attempts to get through to a young assassin.

Julian Gaertner does quite well in the role of the young assassin. He is very similar to the Contractor in that they are both assassins and in addition, he is in love with someone. The film takes quite a turn in which everything is revealed and in some ways, it may seem predictable but in essence, it makes perfect sense as we see The Contactor doesn’t want to see the young assassin in the same situation. The final moments take quite a turn and ends on a note that’s both expected and unexpected as well.

Dead End is a well-made action-drama that has the look and feel of a Hong Kong film with excellent performances by Bryan Larkin and Julian Gaertner. Definitely one to check out.