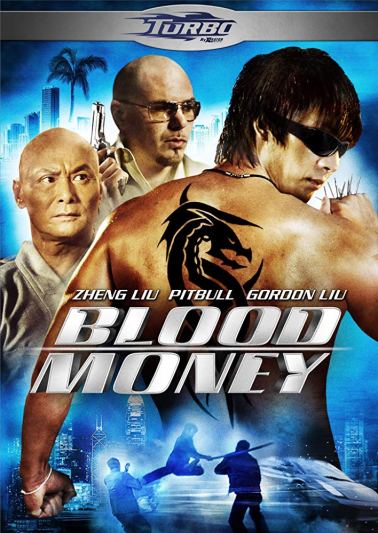 Zhou is a former Shaolin warrior who has turned to a life of crime after witnessing the death of his parents and the kidnapping of his little sister. He becomes an assassin for Triad boss Steven Ho (Jimmy Wong). Zhou is given his a new assignment to execute a top ranked drug lord in Shanghai. The reason is that Ho wants to make a deal with a Colombian drug ring led by the maniacal Cabrera (Alexander Castro).

When Cabrera’s men go to Australia to insure the shipment arrives for transport to America, they attempt to make a deal with Steven’s brother Eddie and sister Angie. When Ping and Angie refuse, Cabrera’s men kill Ping. When Angie informs Steven of their brother’s death, Steven sends Zhou to take care of the matter. In addition, Angie and Ping have been taking care of a young girl that Steven feels is important to their business.

When Zhou arrives, he kills one of Cabrera’s thugs and rescues Angie. However, when he fails to kill Cabrera, who has arrived in Australia as well, the young girl is shot. This action triggers betrayal as Steven now wants Zhou dead for failing to do his part of the deal. With the help of an old monk, Zhou now must make the right decisions all while getting himself caught in the middle of the war between the Colombians and the Triads.

This sounds like a typical B-action film that seems like a run-of-the-mill genre that many fans will believe if they’ve seen one, they’ve seen them all. However, the film is meant to be a showcase for a new action star on the rise and his name is Zheng Liu, who plays the tortured Zhou. He has been called the next “Bruce Lee” perhaps because he has a little resemblance to the legend. However, this is somewhat unfair to think of him as the next Bruce Lee. Zheng, a real-life Shaolin monk, does pretty well with the action sequences, showcasing some nifty acrobatic work and even highlights the talent of breaking a steel bar over his head. Acting wise, he does his best for a debut performer and should he continue to work in action films, he could be a successful star with the right projects.

Former American Gladiator Alex “Militia” Castro gives out a maniacal performance as Colombia drug lord Cabrera. While he spends most of the film grimacing for the cameras, he finally gets a chance to showcase his military combat skills as a former Marine in the finale against Zheng. Hong Kong actor Jimmy Wong (BALLISTIC KISS) makes his American film debut as Triad boss Steven Ho. He pretty much plays the mastermind behind Zhou’s kills until he finds himself at odds not only with the Colombian cartel but also his assassin.

Hong Kong legend Gordon Liu brings his status to the foray as a temple monk who helps Zhou eventually go on the right path. He truly brings the role of mentor to a new level in this film. For those who are fans of rap artist Pitbull, while he is given top billing by the distributors, he makes a five-minute cameo as himself. He performs one of his songs then has a short conversation with Cabrera at a Miami nightclub.

The action of the film was choreographed by Hong Kong Stuntman Association member Jack Wong. Wong had been a part of Stephen Tung Wai’s stunt team and used his knowledge to make Zheng and some of the other cast members look well. While Zheng is able to perform amazing acrobatics on his own (including a somersault over a Harley Davidson), Wong felt to bring that mysticism that relates to Shaolin by using some wire enhancements for some kicks. Fans may see this as somewhat a negative thing considering Zheng’s martial arts abilities. However, for a debut film, it doesn’t really take away Zheng as an action star as he does showcase his Shaolin skills, including breaking a steel bar over his head and throwing needles like daggers through glass without actually breaking it. The only big issue with the film is the visual effects used for explosions, which look pretty bad as if they came out of a bad B-movie in the vein of an Ed Wood.

Despite its flaws, BLOOD MONEY is a pretty decent attempt to launch a new martial arts action star. With the right projects in the future, Zheng Liu has the potential to definitely make it without the moniker “next Bruce Lee”. Worth at least a rental.

The Blu-Ray/DVD Combo Pack from XLrator Media consists of the movie in widescreen format and features the trailer. BLOOD MONEY is set for release on August 28, 2012.