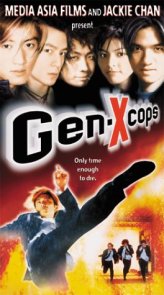 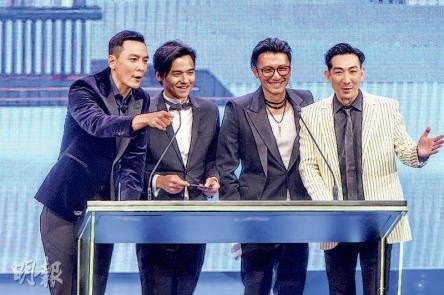 At the Hong Kong Film Awards this past weekend, the cast of the 1999 action hit Gen-X Cops reunited to commemorate the film’s 20th anniversary.

Taking to the stage were Daniel Wu, Stephen Fung, Nicholas Tse, and Sam Lee. Since that film, this “fearsome foursome” went on to become the new millennium’s hottest names in the Hong Kong film industry and in the case of Wu, his AMC series Into the Badlands, which will end its run in three weeks, has become somewhat of a household name outside of Hong Kong. Fung and Lee did reprise their roles in a 2000 sequel, Gen-Y Cops, which features a pre-Ant Man Paul Rudd as a FBI agent who is at first at odds with the duo until he helps them in the climactic finale.

At the Hong Kong International Entrepreneurs Festival launch ceremony, Tse revealed some major news. Sitting with Emperor Group executive Alex Yeung, the son of the company’s founder Albert Yeung, Tse has made the announcement that after he completes work with Benny Chan on the action thriller Raging Fire, which will pit Tse (as the film’s villain) against Donnie Yen, Tse and Chan will be working on a third installment of the Gen-X Cops franchise to commemorate the 20th anniversary.

The plan is to bring Tse, Fung, Lee, and Wu back into the mix. Tse, in his announcement, revealed that the script is currently being worked on, but this is some major news. Tse, due to a schedule conflict, was unable to reprise his role as GXC leader Jack and was replaced by Edison Chen for GYC, so it will be interesting to see where we will see Jack, Match, and Alien in their next adventure after 20 years.