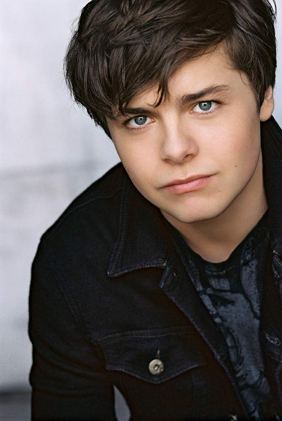 Brendan Meyer is a force to be reckoned with. The Canadian-born actor has done theater, TV, and film. He is known for his role as Jake Powell in Fear the Walking Dead: Flight 462, Adam Young on the series Mr. Young, and as Jesse on the series The OA. He joins an ensemble cast in the lead role of Howie, a teen going through family issues who finds himself infatuated with an older woman in All These Small Moments, coming to theaters on January 17 then on VOD and Digital on January 18 from Orion Classics.

World Film Geek had the opportunity to talk to Meyer about his latest film. 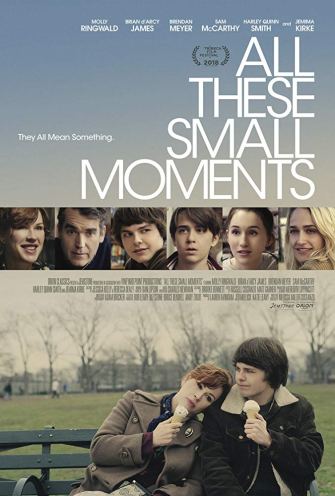 Brendan, thank you for talking about All These Small Moments. I thought it was a great film that had a realistic feel to it, tackling issues that can happen to anyone.
Oh great! Thank you so much!

What attracted you to the role of Howie?
I think what first attracted me to the role was the script and how it was written. But what really did it was how Howie is a character and he interacts with all these other characters. Different people and dynamics. You have him with his parents and then his little brother. You have him talking to this girl at school and then a woman who is a little older than him. So you have all these different dynamics that the character got to portray and I think what Melissa [Miller Constanzo] had a lot of truth in the script. There were a lot of different lines and different things that rang true from both my own experiences and experiences I’ve seen with other people. So it was both the reality of the script and the different characters that attracted me to the role.

Did Melissa Miller Costanzo give you any free reign on bringing your character to life because it felt all so natural and real?
I certainly try to bring myself in the role, and Melissa was really great at giving me a great opinion right out. One of things we talked about was the balance between when Howie would be kind of awkward or maybe a little bit insecure and then where he would have this confidence and not so much a neurotic mess all the time. There are moments when he is really strong and have this confidence and charisma.

For me, it is just trying to be natural and just try to feed off the other actors as well. I always had my own opinions about what I want to do in the scenes and how to respond. There’s also a huge focus on kind of, just being in the moment with the other actors. The dynamics are so different so it would be me having to determine how Howie would interact with Molly [Ringwald] and Brian [James D’Arcy] asd my parents versus Jemima [Kirke], where I’m trying to impress her. It was interesting but it was so specific to the different relationships.

You got to work with a great supporting cast, from Molly Ringwald and Brian James D’Arcy to Jemima Kirke and Harley Quinn Smith. What was it like working with them?
Everybody was so great! It was so much easier because everyone was focused. As a person it was easier to react with everyone. I have a comfortable relationship with everyone as to who they are. That made it so much easier. It was great. Everyone was so talented.

It’s tricky as an actor when you’re thinking about how the character responds and how you want to play certain things. When you have that relationship with the other actors, where they act like they are very genuine and seem like nice people, it makes that so much better and makes it easier to make you focus on the trickiness of the work.

Is there a favorite scene you enjoyed shooting?
Hmmm. There are a couple of favorites. I love the scene where the family goes to eat at the restaurant. That was such a great scene involving Howie and his family. There was so much going on in that scene. Each character had something to say. I thought it was one of the best scenes because it was written well, it was very funny. It was great with Molly, Brian, and Sam [McCarthy, who plays Simon] and they are all great actors. So, I just relished in the opportunity to shoot that scene.

So it was that scene, and the scene on the roof at the end. It was so great to shoot that as it was in New York. And there was a scene that involves characters who throughout the film weren’t seen together. I thought that was interesting because of the dynamics, so it allowed me to play it off separately in this one scene.

That’s great! I have to admit, the dinner scene is my favorite scene of the film. As you said, it brought a lot of comic relief where it looks like as Molly and Brian’s character are attempting to sugarcoat what’s going on between them, you just let it out in a blunt matter and then after Molly’s character’s epic fail, she just follows you by being blunt about it. I was laughing so hard at that scene and I will not be surprised if that is the scene the film is going to be remembered by.
That’s great to hear when other people react the same way!

It looks like you are quite established and there are no signs of stopping anytime soon. Are there any new projects in the works that you can talk about?
We’re doing the second season of the Netflix series, The OA and I can’t tell you when it’s coming but that’s going to be my next major project.

All These Small Moments comes to theaters, VOD, and Digital on January 17. Those looking for a realistic take on issues involving teenagers today will want to see this film. Thank you so much again for talking about the film.
Thank you so much for having me and I’m glad you enjoyed the film.

A Special Thank You goes out to Katrina Wan PR and Brendan Meyer for making this interview possible. You can follow Brendan on both Twitter and Instagram.