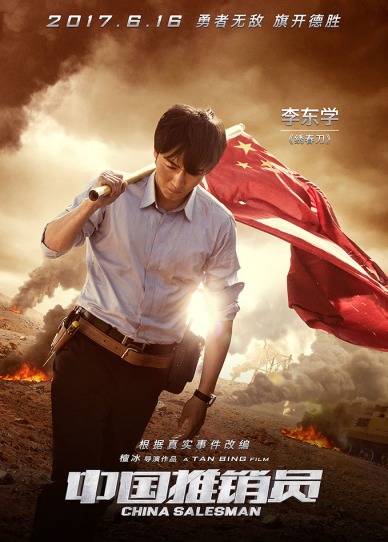 Mike Tyson and Steven Seagal’s name may have boosted the popularity of the film, but the film is somewhat of a disjointed mess that ultimately becomes a one-watch and forget it kind of film.

A competition is being held in Tunisia where the winning company will receive the rights to enable communications between the North African and Sub-Saharan Africa. One of the most unlikely competitors is China’s DH Telecom, represented by young Yan Jian, who arrives with partner Ruan Ling. Susanna, who is in charge of the competition, has been conspiring with MTM representative Michael for his company to win the company. However, Michael has even bigger plans and has hired a tribal soldier, Kabbah, and mercenary/bar owner Lauder to help him ensure the win of the competition.

Michael’s actions result in an eventual civil war, in which there are many casualties. When Kabbah forces the phone towers to go down under Michael’s orders, Yan Jian volunteers to spearhead a mission to fix the towers and finds himself teaming up with Susanna. As the duo, assisted by the Tunisian army, make their way to the towers, Susanna proves to have a change of heart and becomes the most reliable ally for Yan Jian. However, if the mission proves to be success, what will Michael have next up his sleeve?

Oh who thought up of this concept and why have both Mike Tyson and Steven Seagal in the film? No disrespect to the boxing legend and action film legend. After all, Tyson did make an impression in Ip Man 3 and Kickboxer: Retaliation, but surely he could have done better than this. As for Seagal, he has attempted his comeback for a long time and is happy with doing these kind of films. However, while Tyson’s role is bigger than that of Seagal’s, the real start of the film is Li Dongxue, who plays the titular “China Salesman” Yan Jian.

The problem clearly doesn’t lie in the story itself, but it’s more in terms of execution. Li has to carry the film and his acting isn’t exactly great or good enough to carry the film. At least he isn’t attempting to be an action star, which could tend to be the case in most of these films, but more as someone who wants to do right, even if he has to do wrong to make things right. Norwegian model turned actress Janicke Askevold goes a 180 from a conniving judge who supports her fellow Europeans to now being unbiased and helping Yan on his mission and goes to great lengths to help him. As for Clovis Fouin’s Michael, from the moment he appears on screen, you know you’re going to be in for something along the lines of bat(censored) overacting in the role of villain Michael.

Even the action scenes are less than exciting. The best action scene in terms of fights goes to Tyson’s brief brawl with three high-kicking members of Lauder’s gang. This leads into a very disappointing showdown between Tyson and Seagal, which is brief and borderline ridiculous with an attempt to pit boxing vs. Tai Chi that is just poorly edited and shot. Most of the film’s remaining action consists of war-style violence as Yan and the team attempt to overcome the odds to fix the towers.

China Salesman is a major disappointing film that attempts to make good use of both Mike Tyson and Steven Seagal and despite one brief fight, the film is ultimately a disjointed mess.