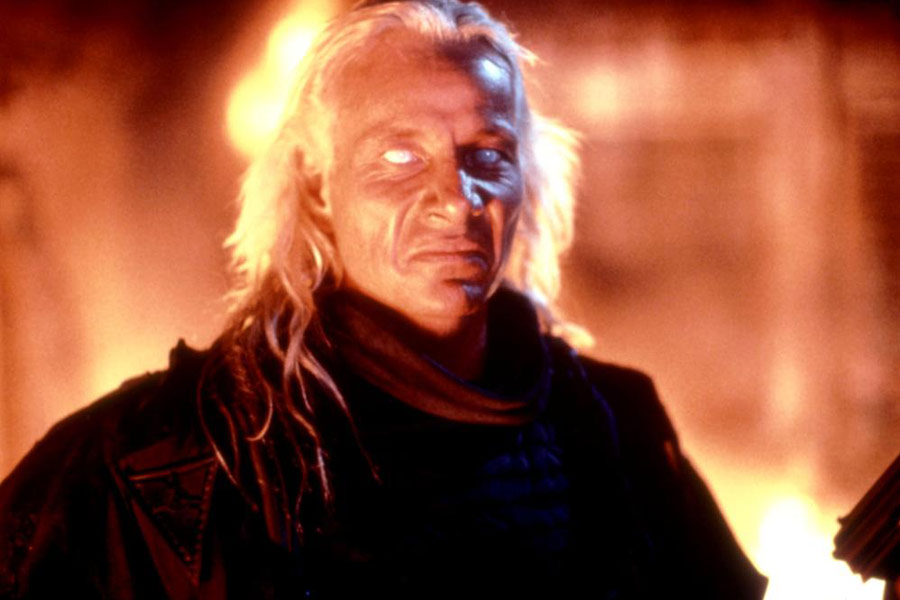 Dolph Lundgren faces off against an intergalactic terror in this sci-fi-action mashup that holds even today.

Houston detective Jack Caine is on an assignment to ensure that his undercover partner Ray Turner, makes a deal with the White Boys criminal organization, led by Victor Manning. However, when Caine stops two thugs from robbing a liquor store, Turner’s cover is blown and he is killed by Manning. However, it is after Manning arrives that a mysterious figure arrives. The mysterious figure is an alien who has arrived and decimates most the White Boys gang and steals their drug shipment. Caine finds his partner dead and decides to wage a one-man war against Manning, much to the chagrin of his superiors.

Caine, however, is forced to work with FBI agent Smith on the assignment involving the murders of the criminal organization as well as a series of murders that have plagued Houston. Innocent people are found with drugs in their systems bearing puncture wounds on their foreheads. Caine discovers that the mysterious alien who has arrived is the one responsible. This comes after a bounty hunter from the same planet is mortally wounded while tracking the bad alien down. Caine and Smith decide to stop the deadly alien before more people are viciously murdered.

After his turn as Ivan Drago in Rocky IV and playing He-Man in Masters of the Universe, Dolph Lundgren meshes sci-fi and action with this cult classic of a Houston cop sent to face off against an alien being who is revealed to be a drug dealer on his planet. While the idea is farfetched, one can’t help but appreciate the film because this would become a breakout role for German powerhouse Matthias Hues, fresh off his debut role as Yuri the Russian in No Retreat, No Surrender II in 1987.

The film is just as Lundgren’s as it is Hues, who looks menacing as the alien who forces heroin in his victims before puncturing their heads to take their brain fluid, which is the drug of choice from his home planet. The 6’5” Hues also has a forearm weapon that shoots deadly circular saw blades that can only be attracted by magnets. His opening scene alone in which he just arrives brings a sense of scares with his look and one-liner which reflects the title, and his opening action involves nearly decimating an entire organization with his blades sans the boss himself.

The film also sets up the buddy action film, in which Lundgren’s no-nonsense unorthodox Caine and Brian Benben’s by-the-book FBI agent Smith. Both actors work well together, playing the “good cop, bad cop” motif to a tee. The two even attempt a role switch which only doesn’t work well only because Benben at times, can be quite comic fodder, which would go on to work well on the long-running HBO series Dream On from 1990 to 1996. However, generally, they work well together.

I Come in Peace definitely lives up to its cult classic status, thanks in part to Dolph Lundgren and Brian Benben’s buddy-action chemistry and a breakout performance by Matthias Hues as the villain.