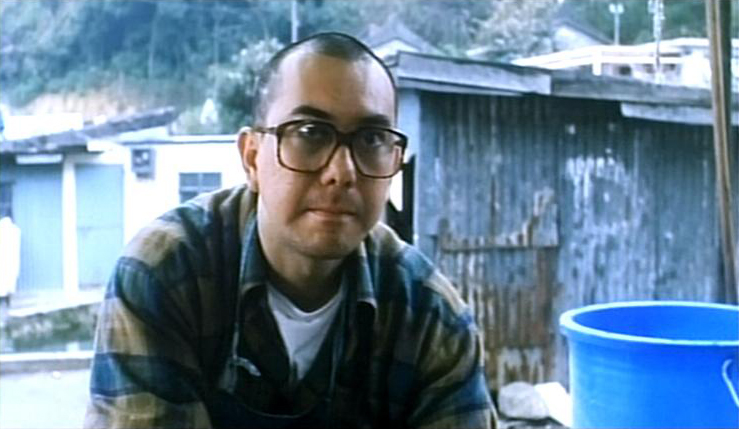 One of the most talked about films in Hong Kong cinematic history, this very disturbing film would become the breakthrough film for veteran actor Anthony Wong. Wong’s performance drives this very sick film and it would earn him (rightfully) the Best Actor Award at the 1993 Hong Kong Film Awards.

Wong plays Wong Chi-Hang, the owner of the Eight Immortals Restaurant in Macau. Business has been booming under Wong’s ownership. However, one wonders what has happened to the original owner of the place, Cheng Lam. When a mother and her two children find dismembered arms on the beach, the Macau police, led by Officer Lee investigates.

The arms belonged to the mother-in-law of Cheng Lam and Wong is asked about Cheng Lam. Wong claims Cheng sold him the restaurant and left. However, letters from Cheng’s family in the Mainland begin to arrive. Meanwhile, when a new hire sees Wong cheat at mahjong, he confronts Wong. Wong becomes unstable and kills the new hire. Realizing that he cannot move the corpse, he comes up with an idea. He chops up the body and uses the flesh for his meat buns.

As the police continue their investigation, Wong’s other hire Pearl gets suspicious of Wong, especially after constantly receiving the letters from Cheng’s family. When Wong suspects she has told the police something, he rapes and ultimately kills her as well. The police however, ultimately connect Wong to the dismembered arms and have him arrested. When Wong is sent to prison, he attempts suicide after receiving a vicious beating from Cheng’s brother Poon. At the hospital, a failed attempt at escape force the police to take drastic measures in order for Wong to confess.

Rated Category-III (Hong Kong’s version of the NC-17 rating), this is truly one of the most disturbing films to come out of the Jade Screens. Director Herman Yau has crafted his tour-de-force with this visionary tale of a psychotic madman’s downhill spiral and his efforts to not be judged in any way, even though the audience knows what a psychopath this man was. The film was based on a 1986 Macau case of the real Wong Chi-Hang.

Anthony Wong delivers a top-notch performance as the insane Wong. He plays him as a man who felt he has been cheated out of the world. He feels somewhat omnipotent to himself as he must kill in order to make things right in his own sadistic world. The film delves into something similar to The Texas Chainsaw Massacre only here, the violence is more graphic than its cannibalistic counterpart. The disturbing piece de resistance is a flashback where we learn what really happened to Cheng Lam. It is both sad and disturbing in all sides of the table.

To make the film more entertaining in a way is a break from the madness. To achieve this, the film makes the Macau cops a group of chauvinists who ogle the hookers that lead Detective Lee is always carousing. In practically every scene, Danny Lee’s veteran cop is seen with a hooker on his arm. His group has one female, Bo, played well by Emily Kwan. Bo is ridiculed for her petite frame and is always coerced into doing more on the job by her fellow cops. However, she takes the reigns dutifully when it comes to solving the crime.

If you are disturbed by the likes of Saw and Hostel, then you will truly be grossed-out with The Untold Story. The film is shocking and definitely should be viewed in the daytime. If you have a weak stomach or heart, it is highly recommended that you do not ever see this movie!