In the spirit of Halloween and the upcoming horror film The Monster, which featured a headstrong youngster who must help her mother face off against a terror in the backwoods, World Film Geek will be taking a look at films where we see youngsters take on the likes of horrific threats and ultimately become the heroes.

Let’s start with the quintessential classic The Goonies, in which we see our teen and pre-teen heroes take on the Fratelli Gang, led by the late raspy-voiced actress Anne Ramsay, as both factions are on the hunt for the pirate treasure of One-Eyed Willy. The kids would get an ace in their sleeve when they find an ally in deformed son Sloth, played by late football player John Matuszak. The film remains a classic to this day with its now grown cast working on various television and film projects.

In 1987, a meshing of the previous film and the classic monsters of yore was released in the cult classic The Monster Squad. In the film, the titular group, fans of the horror film genre, take on the likes of Dracula, The Wolfman, The Mummy, and the Creature of the Black Lagoon (who is called Gill Man because of copyright issues). Like The Goonies, the group finds an unexpected ally in Frankenstein’s Monster, simply called Frankenstein in the film. 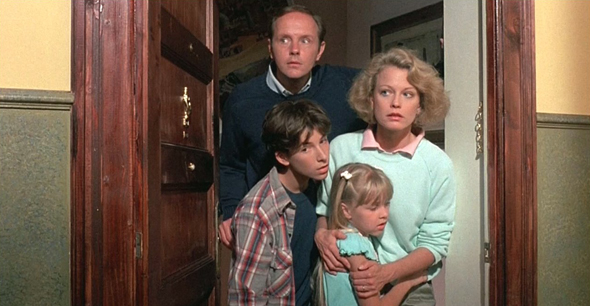 Let’s not forget the 1986 film Troll, in which the heroes name is none other than Harry Potter Jr., played by Noah Hathaway of The Neverending Story. In the film, Harry learns his sister has been attacked by a troll, who was once a powerful wizard. When she begins going through violent changes, Harry gets help from a witch who has learned the history of the wizard turned troll and together, Harry and the witch must find a way to stop the troll.

This was followed in 1989 by the godawful Troll II, in which goblins turn their victims into plants for them to eat with the young hero, played by young Michael Stephenson, defeating the goblins with the most unbelievable of weapons: a double-decker Bologna sandwich?! The film was deemed so bad that a documentary about the making of the film, titled Best Worst Movie, was released in 2009 and was directed by the film’s star Stephenson.

In the 1990’s, we weren’t really given much in terms of kids against monsters, but we were treated to kids against thugs with the kids being martial arts experts in Hollywood with films such as the 3 Ninjas series of films and Surf Ninjas to name a few, but that’s a whole other story. However, there were some exceptions, notably The Craft, in which the newest high school senior of an elite group must use her powers of a witch to take on the other three members of the group when they “abuse” their powers of witchcraft.

In the new millennium, we were treated to the Australian film Tomorrow, When the War Began based on the novel by John Marsden. The film is described as a sci-fi story of invasion and eight high school students who must stand up to the new threat. The story’s strikingly similar to the 1984 film Red Dawn, which was remade itself in 2012. However, with the likes of young adult novels becoming films such as Divergent and The Maze Runner, there was a young teen girl who became a deadly assassin and her name is Hanna

In 2011, Irish-born actress Saoirse Roman played the titular Hanna, a young girl who had trained to become a killer in the wilderness of Finland by her father. A CIA operative, played by Cate Blanchett, is hired to track her and her father down and kill them both. Now a target, Hanna must use the skills she learned to protect herself and her father.

That same year, we were introduced to J.J. Abrams with his science fiction film Super 8, which revolved around a group of young teens who are filming their own movie using the classic Super 8 film when a train derails and the shocking discovery of an alien presence forces the teens to eventually have no other choice but to face the threat before more innocents lives are in danger.

In 2012, the teen superhero genre took quite a very different turn with Josh Trank’s Chronicle, in which a group of teens unexpectedly develop super powers. Some use them for good, but one teen begins to go off the deep end and begins to turn on his friends. It ultimately must take one of the quiet guys of the group to have to face his former friend in an all out war. 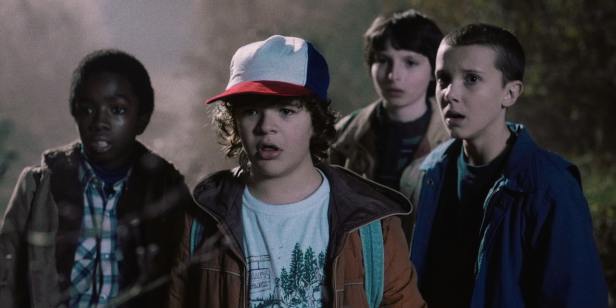 This year, we were introduced to the hit series Stranger Things on Netflix. A throwback to the 1980’s, the series revolve around a group of kids who are investigating the disappearance of their friend with the help of a telekinetic girl. The series’ influences range from Stephen King to Steven Spielberg.

Which brings us to the upcoming film The Monster, which is now available on DirectTV and is getting released in theaters and VOD on November 11 from A24 Films. The film revolves a divorced mother and strong teen daughter stranded in the backwoods en route to visit the girl’s father when they face off against a terrifying monster. Early reviews are already praising the likes of young Ella Ballantine as the headstrong Lizzy, the young girl.

Next year of course, we will have the likes of teen/kid heroes in the forms of superhero revivals of Power Rangers and Spider-Man: Homecoming on the big screen. In the meantime, the films listed here are just exceptional offerings of seeing the kids as the heroes in a variety of genres, notably horror and in some cases, action.

Many of the films listed are currently available on DVD and Blu-Ray. The Monster will be in theaters and VOD on November 11. Check your local stores or even online to buy or even rent these films where these kids prove to be totally badass!