With the intent to appear to a more mature audience, in this case, older teens and adults, the new costumes have been revealed for the rebooted Power Rangers, which is currently shooting under the direction of Dean Israelite.

Now, not only are these costumes a major reinvention of the original Mighty Morphin’ Power Rangers, but production designer Andrew Menzies dropped a major bombshell on the new costumes…they are actually an alien-style crystal armor that grows on the teens?!

Menzies is quoted as saying, “It’s tricky finding a new language for a superhero costume. Ours is an alien costume that grows on them, that’s not man-made. You can’t win everyone over, but we are trying to appeal to a more mature audience and gain new fans.”

Without further a due, here are the new Power Rangers  in full costume, courtesy of Entertainment Weekly: 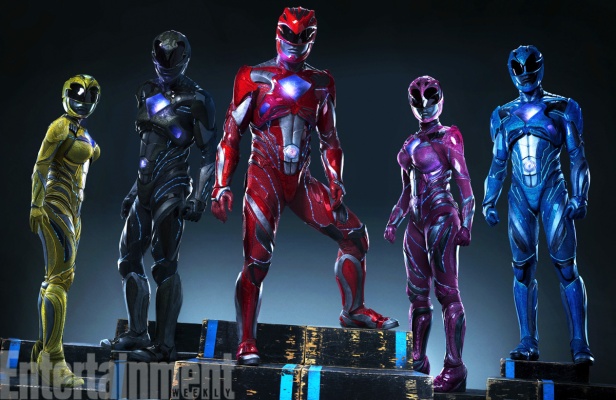 Power Rangers will be unleashed on March 24, 2017 from Lionsgate and Saban.