This is a zoo unlike any other…this is a completely Secret Zoo!

This South Korean comedy stars Ahn Jae-Hong, Kang So-Ra, and Park Young-Gyu. Son Jae-Gon directs the film, which was given recent distribution in the U.S. by capelight pictures. 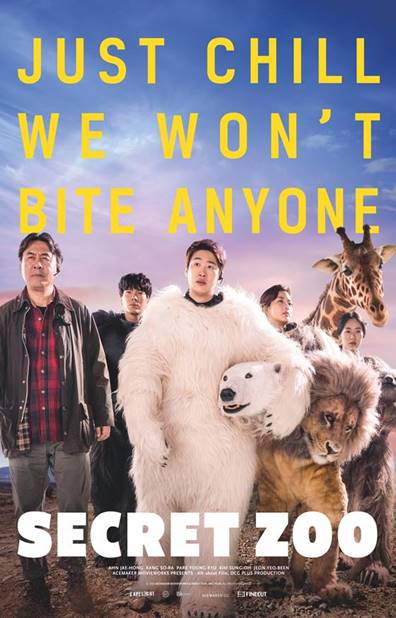 When a young lawyer, Tae-su, eager to lock down a full-time position at his prestigious firm, is tasked with revitalizing a failing zoo in only three months all seems lost because of one glaring issue—the zoo has no animals. Not to be defeated, the zookeepers and Tae-su concoct the crazy idea to dress humans up as animals and make it believable.

The film will make its U.S debut at the CGV Cinemas in Los Angeles and Buena Park on January 24, followed by a limited nationwide release on February 7.