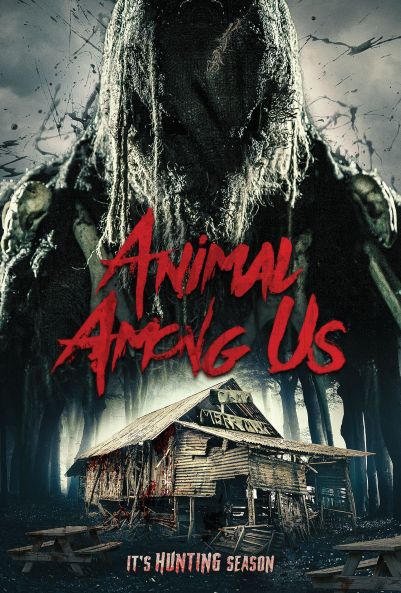 A once shuttered campground lays the ground for something sinister in this horror tale from director John Woodruff.

Fifteen years ago, Merrymaker Campgrounds was the scene of a double murder involving two young campers. It was believed that the creature was a beast, a Bigfoot-like monster, but it was never found. College professor and horror book author Roland Baumgartner wrote a book about the murders and it didn’t gain much of attention. He is a family man, with pregnant wife Christine and daughter Isabella. However, he had been seeing one of his students but decides to break it off. An opportunity arises when he learns Merrymaker is set to re-open.

Roland has been asked to cut the ribbon at Merrymaker. Upon his arrival, he meets the two new owners of the camp, sisters Anita and Poppy Bishop, whose mother Marilyn was the camp’s previous owner. The two are joined by their stepfather and handyman Burl Wolf, a viral reporter, and a Latina woman who is there but is planning on leaving. The group soon learns that the creature might have returned but could something else be more in store for this group?

When it comes to horror films where a force returns many years later, they usually tend to be a bit on the predictable side of things. However, screenwriter Jonathan Murphy and director John Woodruff churn out a film that not only goes on the unpredictable, but they churn out some shocking twists and turns that may make this a cut above the rest from the usual shtick.

Christian Oliver is one of those actors who can work with any genre, from comedy (Saved by the Bell: The New Class) to fun action (Speed Racer) to martial arts action (Romantic Fighter and Ninja Apocalypse). Here, he delves into the horror genre as author and professor Roland Baumgartner, who wrote the book based on the double murders and finds himself back on common ground, but it is his first time there at the notorious campground. What Roland goes through is a lighthearted riff that may remind viewers of Paul Sheldon in Misery.

Larisa Oleynik and Christine Donlon play the sibling rangers who are in charge of the campgrounds. While Donlon’s Poppy seems the most concerned about the eventual terror that plagues the camp, one can see Oleynik’s Anita might have a screw loose as she seems to blow everything off. Perhaps it’s because she feels pressured to just re-open the camp. Mixed martial arts legend Don Frye brings a sense of mystery to the role of Burl, the girls’ stepfather and camp handyman who does claim that he saw the monster and thinking it will return, finds himself preparing to confront whatever it is that’s stalking the camp.

If that’s not bad enough, the final act of the film becomes one of the most shocking moments in the film as it has this Misery meets Brotherhood of the Wolf feel of things and it just goes even more insane until the final scene of the film. It is these twists and turns that just make the viewer want to keep watching.

Animal Among Us is quite a very good and very tense horror meets psychological thriller that has some amazing twists and turns. Some excellent performances from the cast enhance this film, making it much more than a typical type of the subgenre.