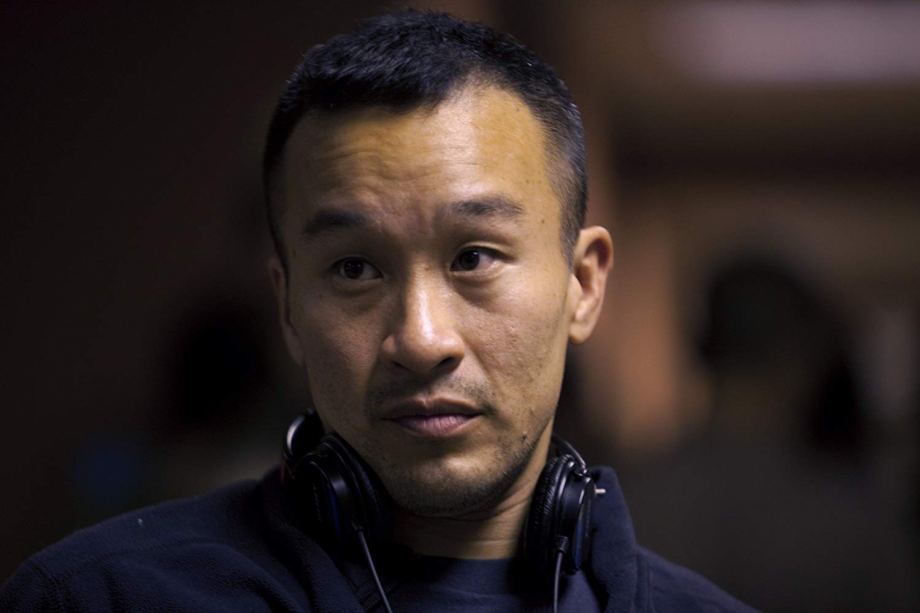 Shawn Ku is a dancer and filmmaker who got his start on Broadway in a revival of The King and I. In 2001, he made his only acting appearance in a film as a monk in the film Samsara. However, he found his niche as both a choreographer and filmmaker, getting rave review for his 2010 film Beautiful Boy, inspired by the Virginia Tech shooting. His latest film, the Nicolas Cage-led revenge drama A Score to Settle, comes to select theaters, VOD, and Digital this Friday, August 2, from RLJE Films.

World Film Geek had the chance to talk to Ku about the film. 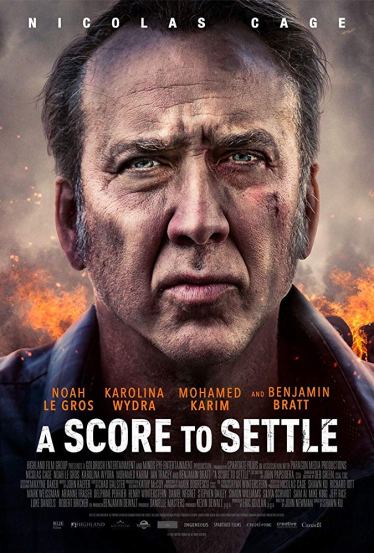 Thank you so much Shawn for talking about A Score to Settle. The film was a great action drama and I was really shocked at the finale of the film and I mean that in a good way.
Thank you so much! I’m glad you liked the film.

What inspired you to write the film?
Well, actually, John Newman wrote the original script and I thought it was really good. So, he and I worked together to develop the characters more. And we really fleshed out the father-son relationship in the film and John has always loved films and he really enjoys the genre of revenge films. So, yeah, he did the first script and I just helped him in terms of character development.

Nicolas Cage once again shows why he is an amazing actor, not having to be too intense except of course, the finale, but even that is minimal. What was it like working with Nicolas Cage on the film?
Nicolas Cage is well, Nicolas Cage. He’s a wonderful actor to work with. He really liked the script and when I first met him, he had been in the middle of shooting another film. He injured himself doing a stunt so when we met, he came in wearing a cast, hobbling on one leg. But, he was very dedicated and he really enjoyed the script.

I talked to one of his co-stars from a movie he did last year [Bill Duke on Mandy] and he told me Nicolas is the kind of actor who will get into character but go out of his way to help anyone on the set and I think that’s amazing.
Oh definitely. Nicolas is one of the most generous actors I’ve had the pleasure to work with. He really gets into the character and will go out of his way. He even likes to help the other actors on set, whether they have years of experience or they are as green as can be, Nicolas is one of those actors who will help them out due to his impressive career and experience. He was just a joy to work with.

The film offers a very shocking twist in the film’s third act. Without going into spoilers, what brought that idea to the table in terms of coming up with that twist?
It was actually in the original script. When I helped develop the father-son portion of the script, I saw that twist and I was surprised. And that was one thing Nicolas really liked about the script as well, the father-son relationship. It’s something that he can relate to. He’s the kind of actor who loves doing what he does and like Frank, Nicolas thinks about his children and wonders how he can be there for them and yet, how does he provide for them. So it’s that notion that makes this work in the script.

But I have to agree on that twist. I’ve written scripts myself so when I see something like that and I get surprised, I know it’s going to be really good.

Well, I hope anyone who does see this film will be quite surprised by the twist as I was seeing it.
Thank you so much!

One of my favorite scenes in the film involves one of Frank’s former associates anticipating his return and doesn’t put up a fight. In a way, it brings a value of redemption on that character’s part. Is there a scene in the film you would consider a favorite in terms of shooting or how it came out in the final film?
There were lots of scenes I liked shooting and yes, that scene was one of my favorites. The actor with Nicolas in that scene, Ian Tracey, was great. He was exactly how I envisioned him in the film. What I really enjoyed in making the film is dealing with the generational gaps and how things have changed. I mean we had in the past Frank’s arms supplier and now, it’s his daughter. I mean it’s things like this that shows that how the old guard can be replaced by new things. As for the scene you mentioned, here’s Ian’s character, having to live with the regret because he never imagined his life would turn out the way it did back then. So, he was all ready to take the fall. But those generational gap scenes were one I enjoyed.

Like the scene where Joey and Frank and trying clothes on and Joey gifts Frank with a cell phone and tells him ‘Welcome to the 21st Century’ (Laughs)
(Laughs) Exactly. I mean I think it was really cool to do that scene because well, I’m sure there are cell phones in prisons, but it’s like when you buy your parent a cell phone and they don’t know how to work it and you show them how to text, it means something. Well, another example would be that I switched my iPhone 7 with the new iPhone X and sometimes, I would still have trouble where to find things (Laughs).

Were there any difficulties you faced during production?
Well, one of the biggest was that we did have a limited time and one of the first scenes we shot was actually the endgame of the film, which was shot outside of a church. Well, there was some miscommunication. We apparently had a certain amount of time but thanks to the miscommunication, we ended up having to rush through the scene. And it worried me a bit because the ending to a film can mean everything and if it gets messed up, people will complain.

So, we had to block off the street, get police cars, and the extras in. Thankfully, we got our scene done well and then came the long tracking crane shot, which we had to rush as well. It was pretty much a shoot then wrap it up kind of thing, but all in all, it came out well.

Finally, are there any new projects in the works that you can talk about?
Yes, I have two scripts that I’m not directing. One is actually in production right now for Netflix. It is not like this film, it’s actually the opposite. Here, it’s a manly revenge thriller, but this new film is about little girls dancing (Laughs). The other script I wrote, for another director, is hopefully going to begin shooting in Mexico soon, so that’s what I have next.

Great! A Score to Settle comes to theaters, VOD, and Digital on Friday, August 2. Anyone who loves both Nicolas Cage and revenge films and yet want to see a shocking twist emerge will enjoy this film. Thank you again Shawn for taking the time to talk about.
Thank you. It’s been a pleasure talking to you.

A Special Thank You goes out to Katrina Wan PR and Shawn Ku for making this interview possible.