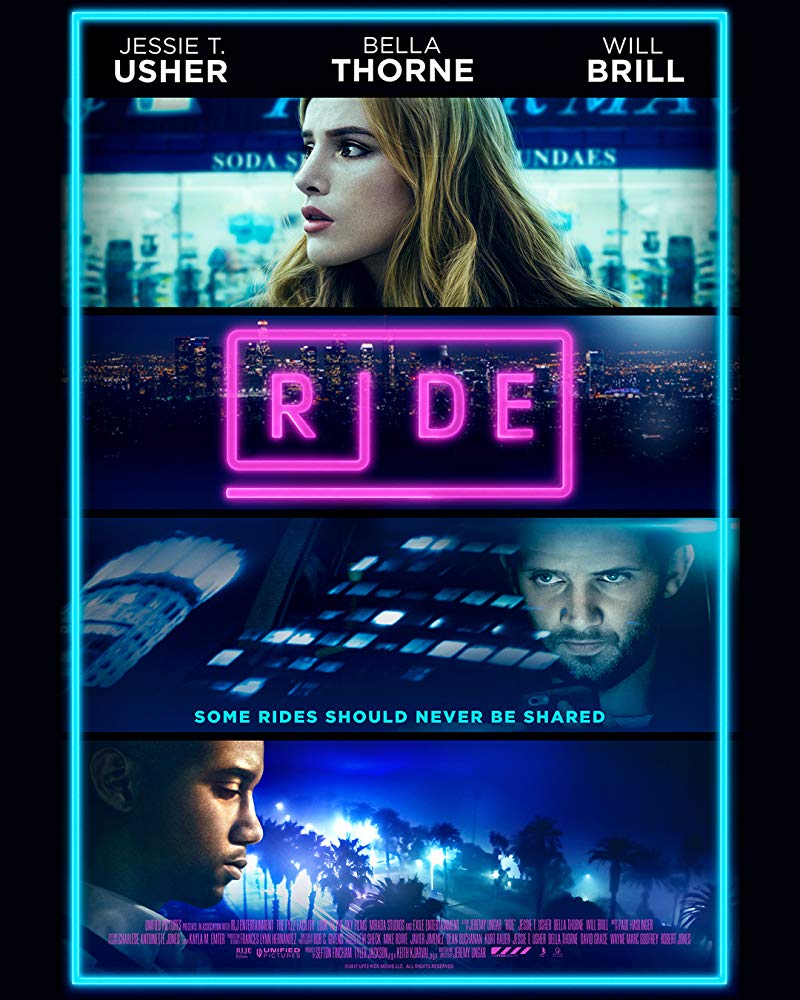 This is one Ride that will change these people’s lives forever.

The trailer to this upcoming thriller features Jessie T. Usher, Bella Thorne, and Will Brill on a night ride in Los Angeles that soon turns deadly.

A struggling actor by day, James pays his bills by driving people around Los Angeles for a ride sharing service. His night starts out like any other, but he can’t believe his luck when he picks up the beautiful Jessica, and they immediately hit it off. His next fare, the fast-talking Bruno, convinces James to go back and invite her to join them for a wild night out. But things take a shocking turn when Bruno, armed with a gun and a twisted idea of fun, forces them on a terrifying, white-knuckle ride that quickly spirals out of control.