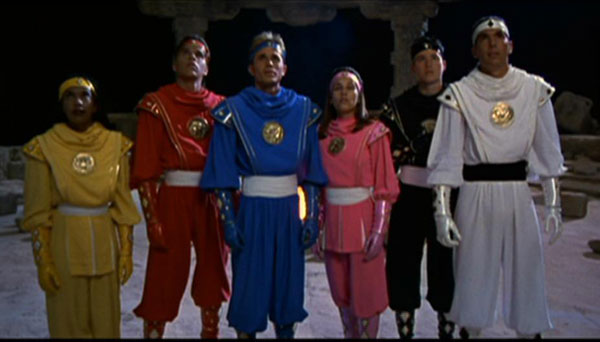 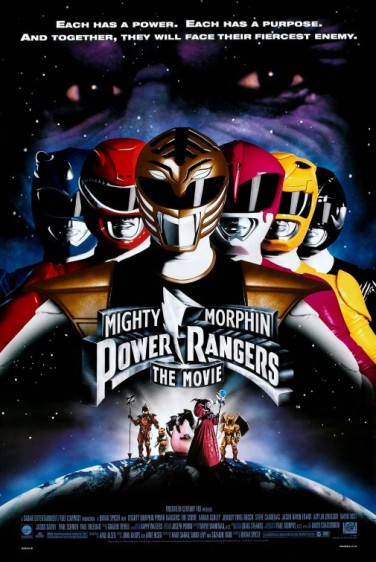 In 1993, the world was introduced to the Power Rangers, an Americanized adaptation of the Japanese annual Super Sentai series. With the success of the television series, 20th Century Fox unleashed the first of two feature-length films that combined elements from three Super Sentai series.

In the city of Angel Grove, a construction site becomes the home of an unearthed artifact. A claw with a huge purple egg is unleashed. That night, Lord Zedd and Rita Repulsa open the egg and a mysterious alien named Ivan Ooze appears with plans of world domination. He has learned that Zordon, his one-time nemesis, is still alive and that he will have to deal with the Power Rangers.

The Rangers are Red Ranger Rocky, Blue Ranger Billy, Yellow Ranger Aisha, Black Ranger Adam, Pink Ranger Kimberly and White Ranger Tommy. When they learn of Ivan Ooze’s appearance, they try to fight off Ooze’s goons but it proves to be too little too late. Ivan has destroyed the Rangers’ command center and has put Zordon on life support, causing the Rangers to lose their powers.

In a last ditch effort, the Rangers must travel to a distant planet where under the watchful eye of Dulcea, they must train in the art of Ninjetti and find “The Great Power”. Meanwhile, Ivan Ooze is planning to take over Angel Grove by turning the residents into zombies and digging up his master creation, a giant sized-robot monster.

In 1993, producer Haim Saban unleashed the phenomenon known as the Power Rangers to children everywhere…at least in the United States. Two years after its inception and a roster change on part of three actors, the feature film finally was released. Yes, it is a kids’ action film and yes it can be very cheesy…but this is cheesy in a very fun way.

Complete with the colorful costumes that the kids love (based off 1992’s Super Sentai series Kyoryu Sentai Zyuranger and 1993’s Gosei Sentai Dairanger) plus the rigorous action sequences choreographed by martial arts expert Jeff Pruitt, the comic relief lies in the all too sarcastic villain.

Veteran actor Paul Freeman hams it up as the sarcastic Ivan Ooze, an evil mutant whose plans on world domination even gets the best of series villains Rita Repulsa and Lord Zedd. The duo get ample screen time, but most of it is spent in a snowglobe. Meanwhile, Australian actress Gabrielle Fitzpatrick  plays Dulcea, the Rangers’ mentor in the art of Ninjetti, which takes a page from the 1994 Super Sentai series Ninja Sentai Kakuranger.

Of course, aside from the Rangers and Zordon, along with automated sidekick Alpha 5, school bullies Bulk and Skull return to the big screen as well. They are more throwaway roles for the most part, but they do try to help the Rangers out during the very bad CGI-filled finale. The finale is perhaps the worst part of the entire film due to its lack of good CGI effects to represent the Rangers’ Zords not to mention Ooze’s combining of himself and robot monster.

While this is considered a campy look at the Power Rangers, the sequel, Turbo: A Power Rangers Movie fares just a tad better, but give them credit. After all, this is a kid’s movie we’re talking about here.