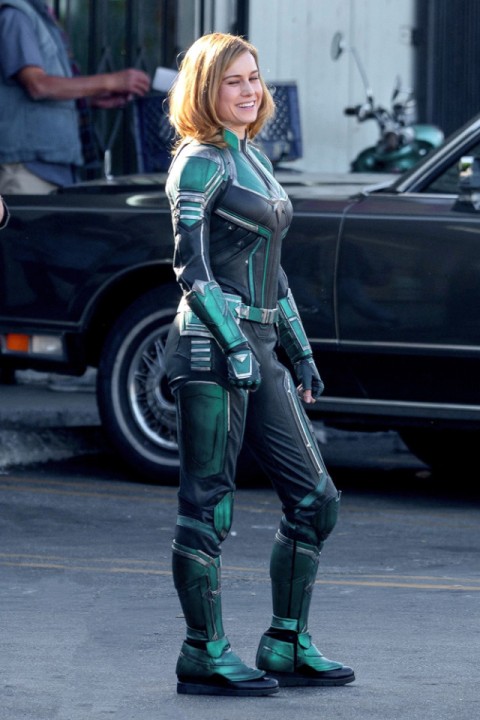 Here is the first look at Brie Larson as Marvel superhero Captain Marvel.

The 1990’s set film will have Larson play Carol Danvers, a test pilot who finds herself given superhuman powers after she is fued with DNA from an alien. Jude Law will play Mar-Vell, aka Dr. Walter Lawson and Ben Mendelsohn will play the villain. The big surprise is that fans will get to see a pre-eyepatch wearing Nick Fury, played by Samuel L. Jackson again!

The duo of Anna Boden and Ryan Fleck are helming the film due for a March 8, 2019 release.

Also look for Captain Marvel in the currently in-production Avengers 4 for the MCU.