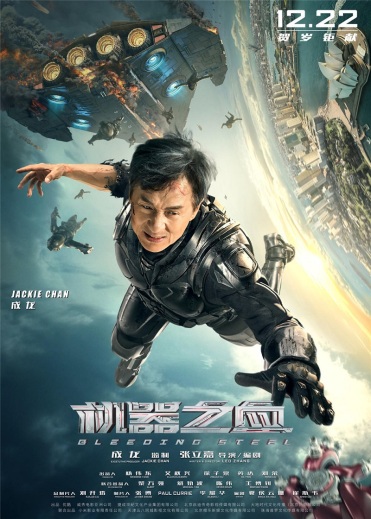 Jackie Chan will be Bleeding Steel in December…and it will be global.

At the American Film Market, The Swen Group’s Swen Asia division along with WME-IMG have scored worldwide rights outside of Asia to the Leo Zhang-directed film and along with its Asian territories, will release the film on December 22 in areas such as the United States, the United Kingdom, Latin America, Australia, and New Zealand to name a few.

Chan play a special forces agent who becomes embroiled in a major conspiracy while protecting a scientist. It is the biggest budget Chinese production to have ever been shot in Australia and the first feature to shoot scenes on top of the Sydney Opera House.

Check out this trailer for the film:

Look out for Jackie Chan as he will be Bleeding Steel on December 22.