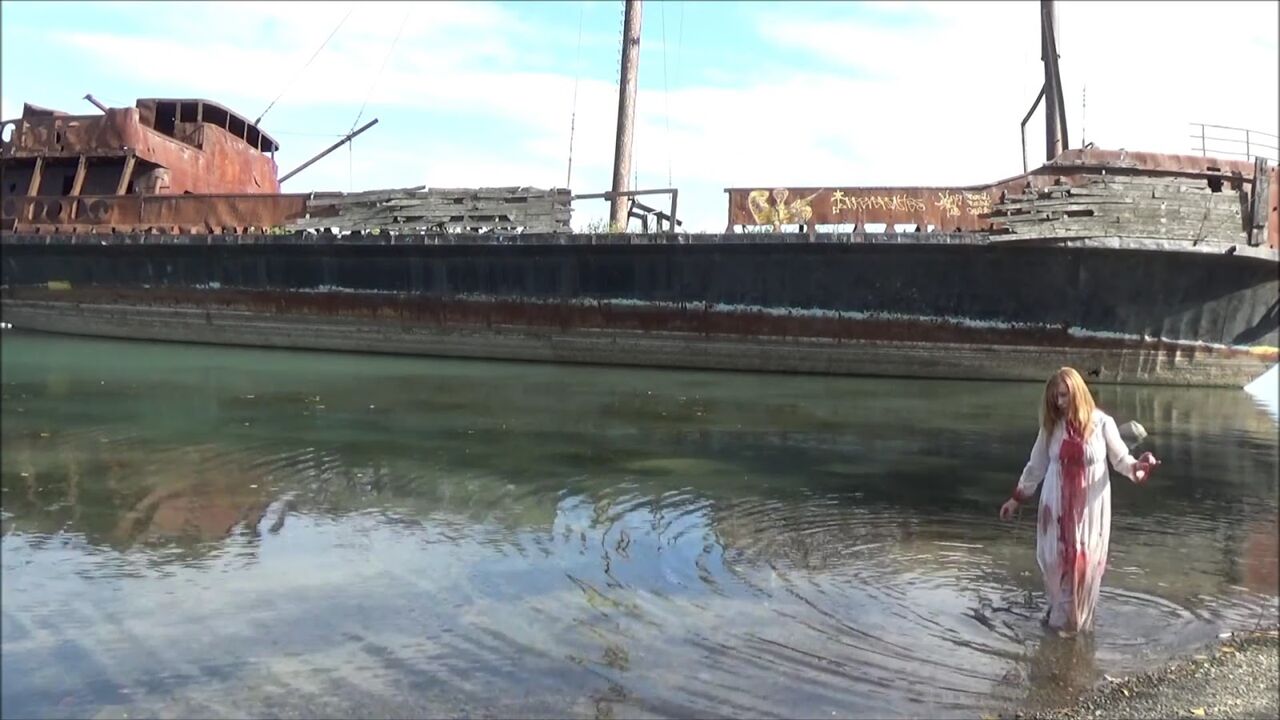 Blood Dynasty is the third in Alexander’s “Irina” vampire film cycle, that began with 2012’s award winning Blood for Irina and continued in 2014’s Queen of Blood. The character of Irina – inspired in part by Lina Romay’s character in Spanish filmmaker Jess Franco’s Female Vampire – is once more reborn, rising from the sea to bring madness and bloodlust to a lonely young woman living in a decaying motel.

Like the previous films, the vampire Irina is more of a “karmic” character, a dream that is constantly placed in different incarnations in different times and worlds and representing different emotional and psychological states. Like the previous films, Blood Dynasty is slow, hypnotic, immersive and challenging and is driven by Alexander’s own pulsing, swirling electronic score. And like the other films…it’s soaked in dripping, ultra-red blood!

Blood Dynasty is being released by Castle Films on VOD and Digital HD on Halloween.