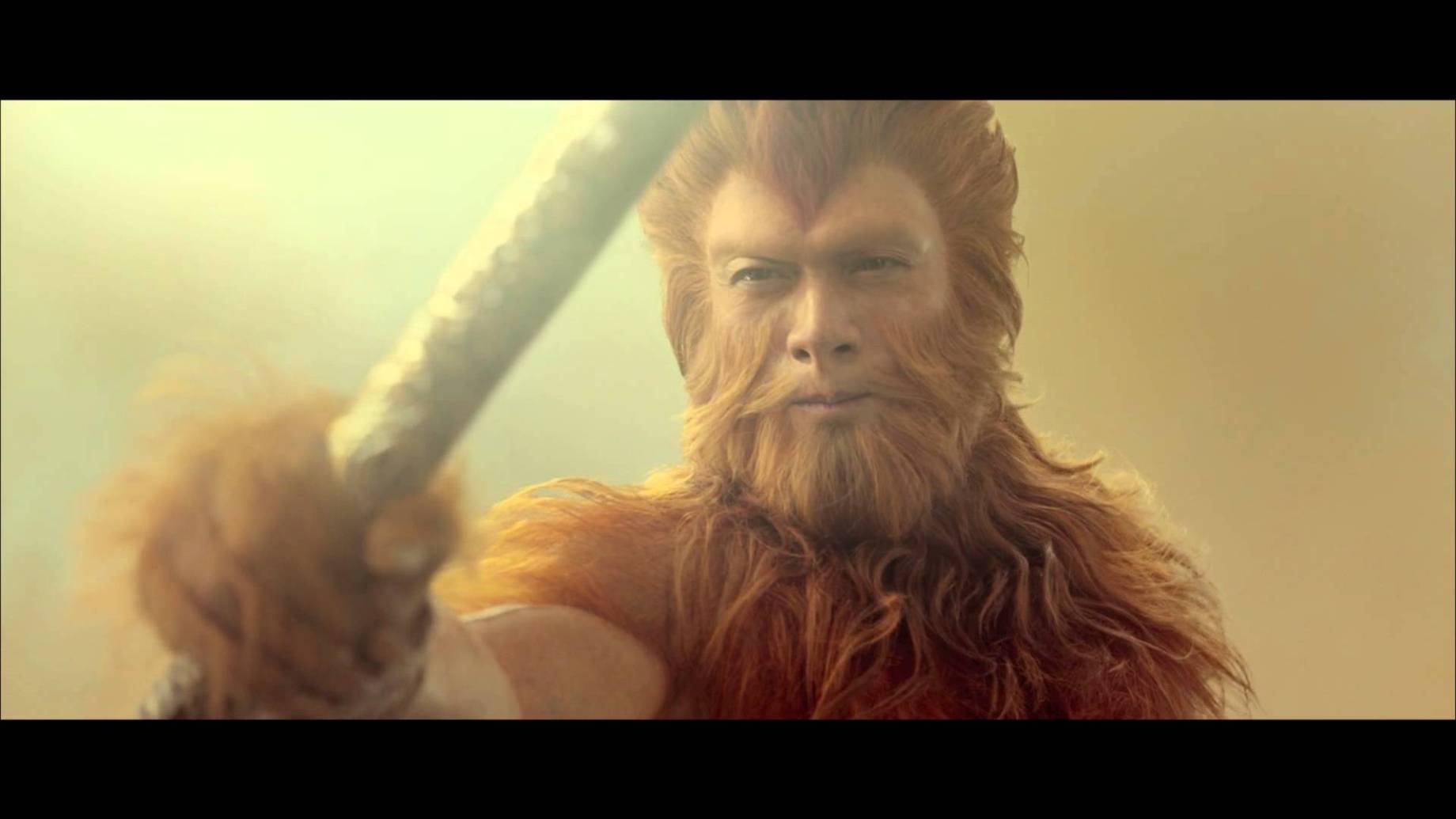 As we prepare for Chinese New Year on February 8 and we will be in the Year of the Monkey, World Film Geek is doing a retrospective on one of China’s most famous characters: Sun Wukong, the legendary Monkey King.

The character is central in the 16th-Century novel Journey to the West by Wu Cheng’en. While the protagonist is the Buddhist monk Xuanzang, it is Sun Wukong, a mischievous monkey who has been enlightened by the Jade Emperor and assists the monk on his journey to enlightenment by retrieving sacred texts and the adventures they endure to retrieve the texts.

The story of Journey to the West had been adapted into stage, television (including countless series and the very famous loose adaptation Dragon Ball based on the Japanese manga), and films. The first film adaptation of the novel was released in 1927 with the chapter focused on The Cave of the Silken Web as its premise. Wu Wenchao was the first actor to play Sun Wukong in a film. A sequel was released three years later.

In 1941, China’s first animated feature was released, an adaptation of the chapter concentrating on Princess Iron Fan. Eighteen years later, in 1959, Japan joined their ranks when they made Sun Wukong the lead character in a film entitled Monkey Sun (Songoku) with Norihei Miki in the titular role. In 1961, China unleashed another animated adaptation, Havoc in Heaven. 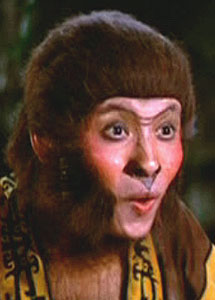 Beginning in 1966, the Shaw Brothers made a four-film series that covered most of the entire Journey to the West. Their first film was The Monkey Goes West (trailer above), with starred Elliott Yueh Hua (image above) as Sun Wukong, Ho Fan as Xuanzang, and Pang Pang as Zhu Baije (Piggy). The second of the series, Princess Iron Fan, was released that same year with the same trio reprising their roles. However, for the third and final films, Cave of the Silken Web (1967) and The Land of Many Perfumes (1968), Chow Lung-Cheung played the role of Sun Wukong. 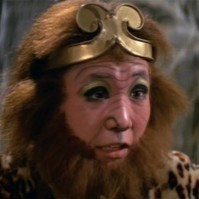 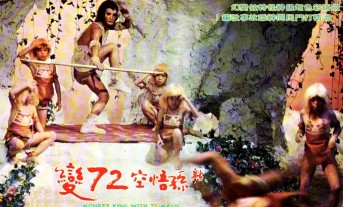 In 1975, during the wake of the classic kung fu film, Chang Cheh directed The Fantastic Magic Baby in which Lau Chung-Chun (above left) took on the role of Sun Wukong. In 1976, the Taiwanese film Monkey King with 72 Magic (image right) featured Ting Wa-Chung as Sun Wukong.

In 1994, Stephen Chow starred in a two-part film series titled Chinese Odyssey. In part one, Chow played both Sun Wukong and a mischievous ruffian named Joker, the latter who is the modern version of the former. The reason is because Sun’s actions have had him banished to Earth, where he must live as a human until he deems himself worthy again. In part two, Joker finally realizes his destiny and becomes Sun Wukong once again. 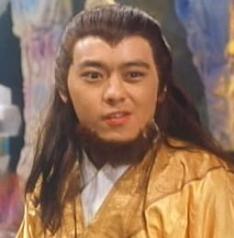 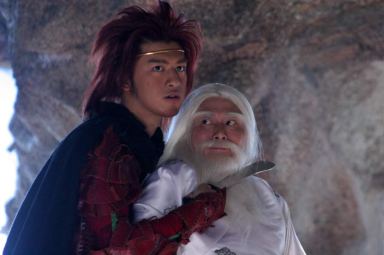 1999’s Heavenly Legend was a children’s film in which Jimmy Lin (image above left) took on the role of Sun Wukong. In 2001, Hallmark channel unleashed The Lost Empire, a Neverending Story-like tale of an American businessman in China who enters the world of the novel to save its creator from doom. For this film, Russell Wong would take the role of the Monkey King. 2005’s A Chinese Tall Story, a comic loose adaptation of the novel, features Wilson Chen (image above right with legend Gordon Liu as Jade Emperor) as Sun. That same year, Taiwan unleashed another animated adaptation, Fire Ball.

Saiyuki, originally an animated series in Japan in the late 1970’s, became a live action series in 2006. In lieu of a second season, a feature film adaptation was released in 2007 with Shingo Katori as Sun and was a box office hit (trailer above under its international title Adventures of Super Monkey). That same year, a CGI-anime film from China, Monkey King vs. Er Lang Shen was released. 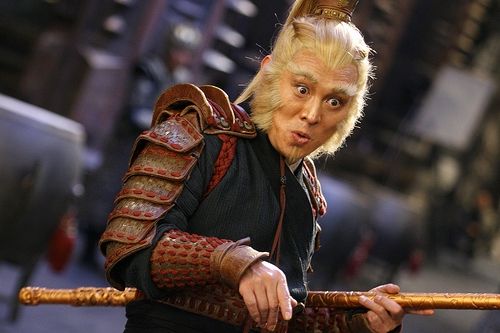 In 2008, Hollywood finally took full advantage of the legend and turned it upside down. The Forbidden Kingdom was the long awaited film that would bring two legendary Asian action stars together: Jackie Chan and Jet Li. Using time travel as part of its premise, the monk comes in the form of teenager who loves Chinese kung fu movies and his name is Jason Tripitikas, the last name based on the international name for Xuanzeng. Chan would play the elderly pawn shop owner Jason befriends as well as the Drunken master Lu Chan in the past. As for Jet Li, he would play a Silent Monk as well as the famous Sun Wukong (image above). 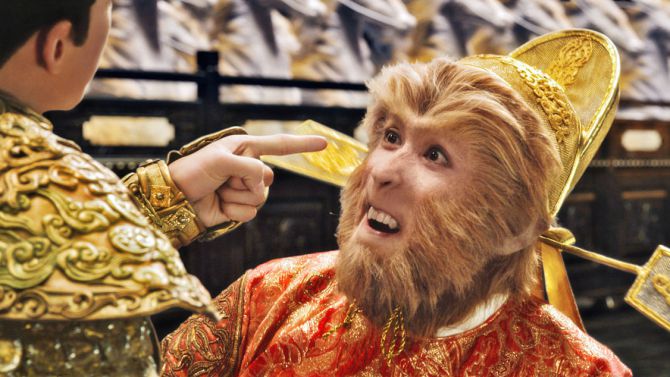 2013’s Journey to the West: Conquering the Demons, brought Stephen Chow back to the novel, but he only took the director’s chair. Huang Bo took the role of the Monkey King in the film, but this is a Monkey King one would never expect. However, in 2014, Sun Wukong returned to full form in The Monkey King. Action star Donnie Yen (image above) played Sun Wukong from his birth to his legendary battles. The film took three years to make. When a sequel was commissioned, Yen realized how much the role took a hit on him physically and mentally so he withdrew from the role.

Set for release on the Lunar New Year, The Monkey King 2 brings in Aaron Kwok taking over as Sun Wukong. Kwok appeared in the first film as the film’s villain, the Bull Demon King and now, he will be seen as the Monkey King. Despite the physicality of the role, Kwok’s dancing background and constant training in martial arts, is sure to help him make the role his own with Gong Li playing the White Bone Demon.

Meanwhile on February 25, Thailand unveils a new film called Monkey Twins. The film is a martial arts action comedy that revolves around a Chinese opera performer whose trademark is Sun Wukong who joins forces with a Muay Thai master who hopes to learn the very intricate style of Monkey Style Muay Thai in order to avenge the death of the latter. The costumes worn by the Thai expert resembles that of the 1990 martial arts film fest The King of the Kickboxers.

There have been many countless adaptations of Journey to the West and its character Sun Wukong. However, as one of the most beloved yet mischievous characters in the world today, it is clear that this is one monkey who is going to be around for a very long time!