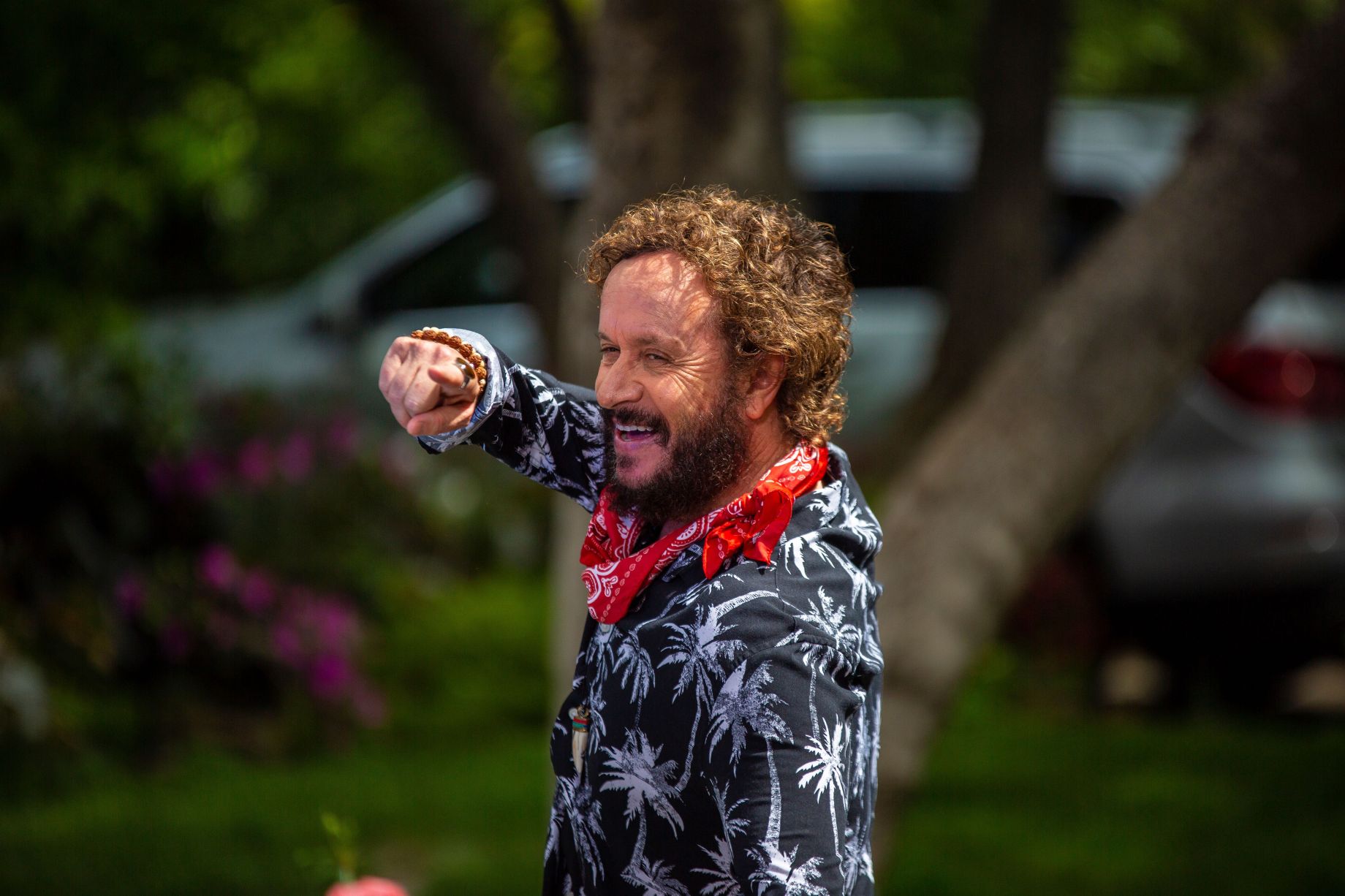 The man once known as the Weasel of comedy is back and this time, he’s raising hell for a couple in this hilarious blend of today’s raunchy comedies mixed with the feel of an 80’s teen comedy.

Meeting three years ago at a college party, Blake and Sarah are excited to finally be purchasing a house. When they arrive, they are extremely excited as they have found the perfect place. However, their excitement is temporary when they see a guest house in the back. The realtor has warned them not to look at the guest house. When they arrive, they are in shock as they find a man named Randy living there and Randy isn’t exactly normal. He’s a hippie who thrives on getting high and having fun.

Blake gets a job for an extreme sports company and Sarah is still having a bit of issues when it comes to her father. Her father doesn’t think Blake is good enough for her and when they announce their engagement, he is less than pleased. Meanwhile, the couple attempt to convince Randy to move out of the house, which results in Blake losing his mind and somewhat befriending him, which in turn leads to major trouble. Soon enough, war is waged between Randy and the couple. Who will come out on top?

One would have someday expected Pauly Shore, the “Weasel” of comedy in the 1990s to make a fresh return. Who would have thought he would from being the Weasel to a raucous tenant who spends his days smoking weed, having parties, and making life hell for the homeowners? Would you even be shocked that this film is actually based on a real-life experience from co-writer and director Sam Macaroni? Well, both of these questions are actual facts. And there are those who do have that acquired taste for Shore’s brand of comedy, such as myself, who will appreciate this film as a whole.

Think of Shore’s Randy as a combination of Bio-Dome’s Bud and Tommy Chong, with some of the raunchiness amped-up. Not to mention the hilarious scene where the rehearsal dinner is thwarted by Randy’s opossum, who at this point is messed up courtesy of the drug called “flakka” What’s even more funny is that he plays Mike Castle’s Blake as a bit of a Yojimbo, where Blake is caught between his on-off friendship with Randy and his relationship with Sarah. Aimee Teegarden’s Sarah has to have some of the funniest reactions to situations I have seen as she perfectly times the reaction and is either happy or when mad, just unleashes it in such a funny way. However, that’s not the piece de resistance of the film.

That title comes in the form of Billy Zane, who plays Sarah’s overbearing father who disapproves of Blake as he feels he is not good enough. Very rarely do we get to see an actor known more for his villainous nature pull off some form of comic relief but Zane pulls it off not nicely but in a laugh out, fall off your seat manner as his reactions are beyond perfect. Zane needs to more roles like this because this one is just hilarious! Steve-O gets to pull off a bit of his physical comedy as Blake’s boss Shredd. Chris Kattan makes a funny cameo as a pizza delivery guy who finds himself into Sarah’s arms when both she and Blake, in the midst of their “war” with Randy, are high on some sort of love drug in a hilarious scene that has a end scene that is even more shocking.

Guest House is a hilarious blend of raunch and 80’s feel with the return of Pauly Shore and a breakout comedic performance by Billy Zane. A funny film based on a real-life experience that those who can tolerate Shore and want to see something new from Zane will want to check out.