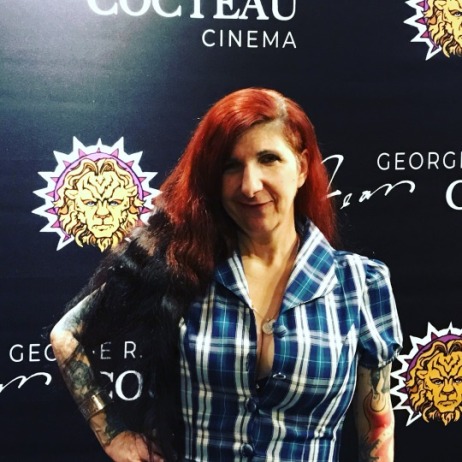 A visionary documentary filmmaker for over two decades, Hansi Oppenheimer thrives on pop culture and fandom. Under her Squee banner, she has made various documentaries and her latest, All Hail the Popcorn King, revels in the story of one of the greatest underrated authors today, Joe R. Lansdale.

WorldFilmGeek had a chance to talk to Oppenheimer about both the film and our shared love of documentaries. 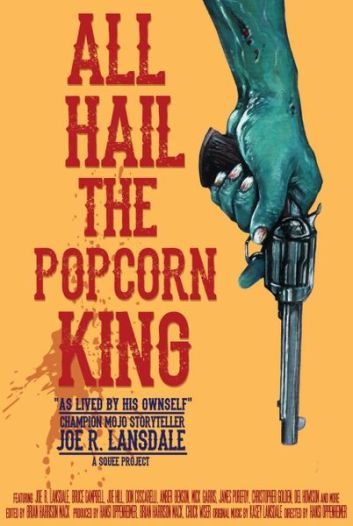 Hansi, thank you for talking about All Hail the Popcorn King. I watched the documentary and after seeing it, I went to the public library and picked up two of Joe Lansdale’s books. I’m currently reading The Bottoms, and I’m enjoying it so far. This was an amazing documentary.
Thank you so much! And Joe will be happy to hear that you wanted to go out there and read him immediately. Nobody writes like him. He’s got this singular voice that’s really unique. He’s funny, raunchy, and touching (Laughs).

What made you decide to do a documentary on Joe Lansdale?
I’ve been reading his stuff since the 80s and we became friends on Twitter. He helped me do this little piece, when I was collecting submissions for a fan documentary I was doing. It was on Joe Bob Briggs. And I asked if he could write a piece and he agreed to do it. He sent it to me in 24 hours and it was amazing. It made me laugh and cry. I was so touched, and I told him my next doc is going to be on you. And I was very fortunate because it felt like it was a masterclass. One of the best storytellers I can think of.

What is great that he was all in and he has this fanbase. What was your approach in getting him to do it?
Well, when I told him I wanted to do the documentary about him, he said I didn’t have to do it. But I wanted to do it. So we chatted together about how to go about it. I wanted to do an approach like Devil at the Crossroads, which was about Robert Johnson. It was 45 minutes and it was about where he came from. It was about him and they interviewed his family, so I said I wanted to do something similar. It was very interesting collaborating with him. He suggested ideas and he was a full on collaborator.

How long did shooting take from these conversations and shooting to post?
It took about a year and a half from the start to the finished film. Now, we’re working on the DVD for those who helped fund the film and we’re on the hunt for distributors. It’s a pretty good turn around because there was one I did and it took me ten years (Laughs).

As mentioned, you started reading him in the 1980s. How did it all begin? Let’s go back in time and talk about your first experiences reading Joe’s works.
I started reading his short stories, like his Splatterpunk collection, edited by David Schow. I’ve also read The Magic Wagon, The Drive-In, I love his Jonah Hex. I also like Freezer Burn and Cold in July. It’s great to see his work getting more recognized with Hap and Leonard and Cold in July and Bubba Ho-Tep is an amazing film based on one of his short stories.

If you had to recommend titles to a newcomer, what would they be?
What’s your favorite genre? (Laughs) He writes in every genre. He does Westerns, sci-fi, horror. The Drive-In (Pic above) is bizarro. It’s short but it’s so great. It’s like ‘What the Hell?” (Laughs) The Magic Wagon is a story I would love to see as a movie. I think someone needs to do it. It’s like the Old West and Buffalo Bill but there’s magic and crazy stuff, but all the usual suspects are there.

And it could happen! Everything these days are getting adapted, so who knows?
Yes! He just posted an article for the Texas Observer and he was talking about his version of noir. He’s like I’m from East Texas and this is our take of noir. It is dark but there’s more to it. You should check out the article and they do say, it’s the crazy ones that get talked about. (Ed. Note. Here’s the article: Darkness in the East: https://www.texasobserver.org/darkness-in-the-east/)

That’s true! Now this is a rarity in Hollywood. What I find fascinating is that he is directly involved in his works that get adapted. You don’t really get to see that.
Yeah! And I think that’s why he’s recognized by so many writers. He’s not well known outside writing circles or collectors. He’s very collaborative and has worked with a number of authors. Also with the shows, Hap and Leonard, he was there every day on the set for the first season.

That’s just amazing because it’s like writers get their stuff adapted and then it’s the producers who end up taking over and changing things. But you do get that rare chance. For example, I interviewed Man of Action’s Joe Kelly and when he was offered to do a film adaptation of I Kill Giants, he told the producers I’ll only allow it if I get to write the screenplay. And they let him. And it ended up being a very good film.
It’s funny because when Don Coscarelli talked to Joe about making Bubba Ho-Tep a movie, Joe was like, I don’t think it will work as a movie at first. But it worked. The dialogue was directly from the story. They had to change very little due to budget. It’s a true adaptation of one of his works nevertheless and even Hap and Leonard worked very well. The show is great!

The one thing that blew my mind and it’s because one of my all-time favorite genres is martial arts films. I’ve been watching them since I was 4, and learning Joe is a martial artist himself and his work with Hap and Leonard really surprised me. I thought, this guy could be a fight choreographer! (Laughs)
Yes! He’s a master and created his own martial science, Chen Shuan, and it’s like he could be a killer with his hands (Laughs).

It really surprised me, and I feel like this guy is a Jack of All Trades. He can pretty much do anything! It got me hooked on his stuff.
What’s great is when James Purefoy [star of Hap and Leonard] saw Joe doing the martial arts on set, he was like, “who the [censored] is this guy!” (Laughs). He’s a very interesting character who has so many aspects and he’s a great storyteller. He knows where it all goes and everyone is highly entertained.

Just listening to his stories gave me the feeling of being there and it questions why more people don’t know him.
That’s great to hear and that’s exactly what I was aiming for. I wanted the viewer to be there, like if they were hanging out with Joe, which was what I got to do, holding the camera and just being there.

I also like the fact that it was 55 minutes and there was no sugarcoating. It was hearing his story and with everything that has been going on, I’ve been watching more documentaries as of late. And they have gotten so much better lately. They are getting the real story of the subjects from the person, as if you are there with them. That’s why I love this documentary.
Thank you! Someone told me it reminded them of King Cohen, the documentary about Larry Cohen. And the Kane Hodder and Tom Savini ones are great too because you get to see them and then interviews with people they worked with and family members. They get to hang out and get to know the person. 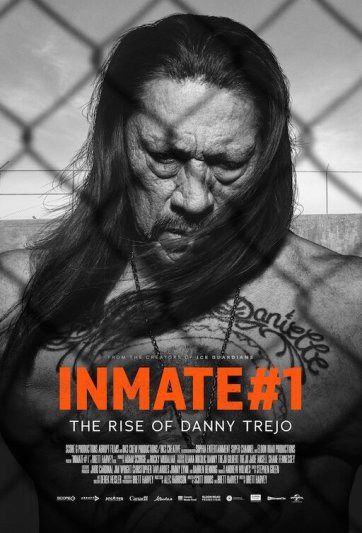 Exactly and that’s why I also recommend Inmate #1: The Rise of Danny Trejo (above) as a great documentary. They did an amazing job on the film. One thing I talked with the producers about is that Danny loves acting, no matter what the project is. And you will crack up at Robert Rodriguez’s impression of Danny when he talks about a new movie he worked on, calling it “work” but for the fact he loves what he does not as a negative thing at all.
He’s also had a fascinating life and I’m happy for him. He’s had a hard life and I’m glad he turned things around. He knows how lucky he is and is grateful. That blue collar attitude of loving what I do as well is so wonderful. People can do good with their art, it’s the coolest thing ever, especially helping other people.

And that’s what I love about these documentaries. I mean with Kane Hodder’s [From Hell and Back], we learn about his burn stunt that almost killed him and with Tom Savini’s [Smoke and Mirrors], we learn he gave up Hollywood and moved back to Pittsburgh to take care of his family. The humanity of these people, the problematics we hear makes them good people. We should be supporting them more.

Are there any more documentaries planned for the future?
Oh yeah! I’m never going to stop! I keep threatening myself (Laughs), but I keep coming with new ideas. I’ve got a few ideas bubbling but one idea, the guys I work with aren’t too keen on it. People are going to get used to Zoom interviews so much that’s it’s not going to be as big anymore and I think there’s a way to manipulate the media to make it interesting.

With Joe’s stuff, we only had a few days with him so we had to work on transitions and animations so we can keep telling the story without a B-roll.

That’s great! Well, I am hoping someone picks up All Hail the Popcorn King because it is such a great documentary about someone who definitely needs to be recognized. And Hansi, it has been a pleasure talking with you about it and I can’t wait to see what’s next for you as well as me continuing to check out Joe’s work! Thank you so much again for talking about the film and more!
Thank you so much! I had a lot of fun talking with you.

A Special Thank You goes to October Coast PR and Hansi Oppenheimer for making this interview possible and a very special Thank You to Joe Lansdale, whose work I’m beginning to check out! For more on Joe and his works, you can to go his official website.