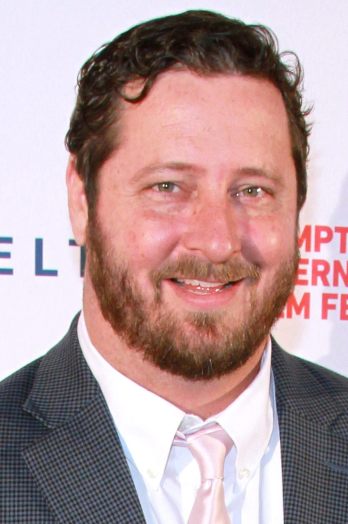 Sean Mullin is an award-winning screenwriter and film director who prior to filmmaking served in the military. His military career includes being a First Responder Officer on 9/11. His critically-acclaimed feature film debut as a writer/director — Amira & Sam — won numerous film festivals and was distributed theatrically by Drafthouse Films. He’s the co-writer and co-producer of the upcoming feature film Semper Fi, which comes to select theaters, On Demand, and Digital on October 4 from Lionsgate.

World Film Geek had the chance to talk to Mullin about the film.

Thank you so much Sean for taking the time to talk about Semper FI. I actually just watched the movie right before this interview and I was surprised by how good this movie was. Great story, excellent performances all around.
Oh great! Thanks so much. I’m glad to hear that.

What was your inspiration in writing the film?
Well, I was actually approached by the director, Henry-Alex Rubin. He had the initial concept and something he had in his head, this original concept. He wanted to find a screenwriter who served in the military. He comes from the world of documentaries, so authenticity is important to him. He wanted to make sure that the film felt authentic, so he was looking for a veteran screenwriter.

He approached me, and I was in the graduate program at Columbia University and I served in the Army, going to West Point for my undergraduate. I met Henry at an alumni event for the screenwriting program, so we connected right away. That’s kind of how it came to be. I came on board and we sat together and did multiple drafts in multiple years. It finally made it to the screen so we’re very proud of it.

You had a military background which in some aspect, fits perfectly with this film. As this was a film about the Marine Corps, and you having an Army background, did you do any research for the film’s military training sequence?
Absolutely. We consulted many Marine experts. Right before we were ready to begin production, we brought in some Marines, especially one named Rudy Reyes. You can just Google him and you will know who he is. He’s just an absolute machine. He’s a well-respected Marine in the community. He came on board and he was so good that we decided to actually give him a role. So aside from being an advisor, he appears in the film. He plays Captain Vera, who asks about Oyster’s headgear earlier in the film. Rudy was also the guy conducting those close quarters training sequences in the killhouses. I’ve definitely done my research. I interviewed many Marines and I’ve known many Marines over the years, so we did everything to make it authentic to the world.

That is amazing! Were you able to go on the set to help director Henry-Alex Rubin?
Yes. I was there for a majority of the shoot. I missed only one week because I was going to Russia to shoot a documentary about beer [Kings of Beer]. I was on the set for maybe a week or two for prep and there for most of the production. 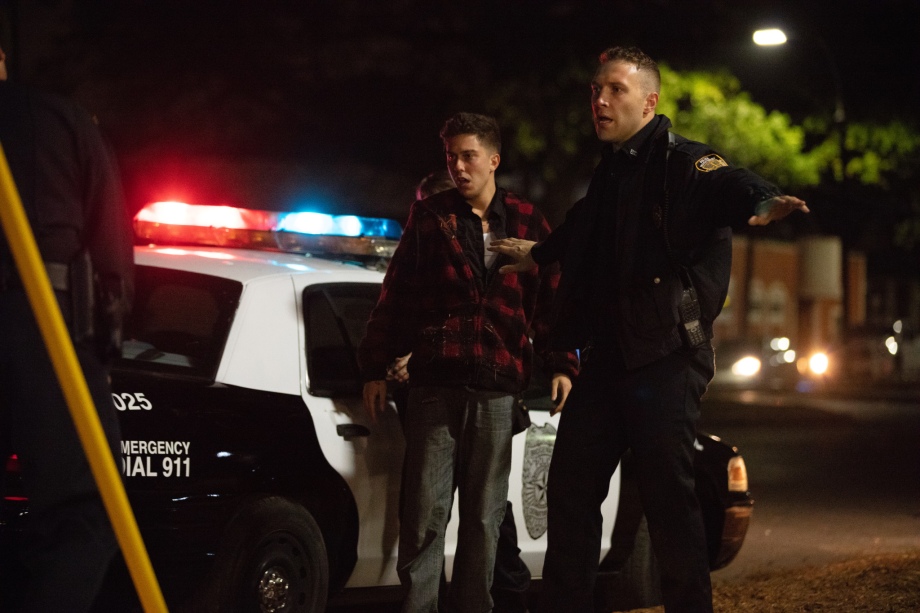 Callahan (Jai Courtney) tries to convince his brother Oyster (Nat Wolff) to do the right thing in Semper Fi (Lionsgate)
What was your impression of the cast because I was quite surprised with both Jai Courtney and Nat Wolff’s performances in the film?
I mean honestly, the biggest blessing of this project was to land an incredible cast. I mean they blew me away as well, not that they wouldn’t. I mean they are great actors in their own rights. Every actor really took to the role with everything they had. They bonded and to this day, they are super tight friends. Arturo Castro, who has his own show on Comedy Central, he was great. Finn Wittrock is coming out, he’s in Judy with Renee Zellweger. Jai has been in a lot of things as had Leighton [Meester]. And Nat, I mean, I don’t think he’s had quite a challenging role like this, but he really rose to it and we were all thrilled.

One of my favorite things was that the film was more about two brothers, but brothers-in-arms in the Marines. I felt that was an important part of the film. Not just the core story, but the subplot involving Finn’s character having to deal with both his battle wounds and his relationship with Leighton’s character as well.
Absolutely. It was important to us that we portrayed this realistically. We actually had a real-life amputee on the film as a body double for Finn. For the wider shots, we had to use some CGI, but for the close-ups, we actually had an Army veteran who was an amputee serving as the double.

Is there a scene you felt in the final film really stood out as a “I’m glad I wrote that scene” moment?
(Laughs) Well, I will say that this was a collaborative effort with Henry and for me, my process, I tend to look at great stories start with a crisis and ends with a catharsis. So, I would have to say, without spoiling too much, the catharsis of the film, which is right before the final scene of the film. That’s the one scene I really enjoyed the most.

Finally, are there any upcoming projects you can talk about?
I am writing and directing a feature length documentary about legendary baseball player Yogi Berra that will have a theatrical release and I also have some other projects in the works that haven’t been announced yet.

Great! Semper Fi comes to theaters, On Demand, and Digital on October 4. Those who want to see Jai Courtney and Nat Wolff in perhaps their greatest performances yet should check this one out. Thank you again Sean for talking about the film.
Thank you! Thanks for having me.

A Special Thank You goes to Camelia Adibi at Katrina Wan PR and Sean Mullin for making this interview possible.