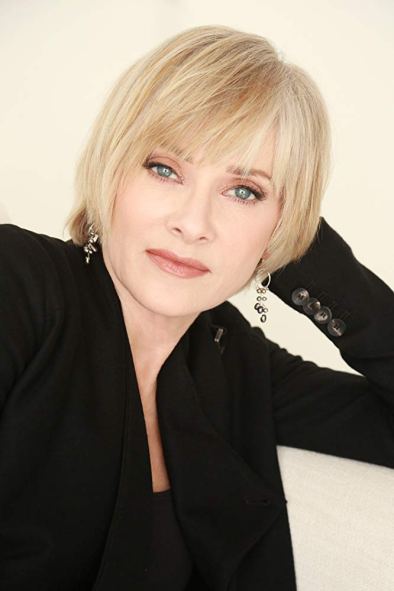 Barbara Crampton is a horror film legend whose work as a “scream queen” is nothing short of iconic. From Re-Animator to Chopping Mall and Puppet Master, she is also a successful soap opera star, appearing in Days of Our Lives in the early 1980s, Guiding Light and The Bold and the Beautiful in the mid-1990s, and The Young and the Restless from the late 1980s to the mid-2000s. However, she has made a welcome comeback to the genre that made her a legend. She plays Dr. Crober in the sci-fi horror tale Replace, coming to DVD and On Demand on October 1 from Uncork’d Entertainment.

World Film Geek had the chance to talk to Crampton about her role in the film.

I am so honored to be talking with you about Replace because I have been a big fan for years. You are truly a legend to work with and you were great in this film.
Thank you so much! You know, another distribution company had bought this movie, but they ran into financial trouble. So, it wasn’t able to be released and it was shelved for a couple of years. Then Uncork’d finally ironed out the issues and picked it up so I am glad to finally see it released.

You are considered a legendary “scream queen” but in this film, you play it straight as a dermatologist. What attracted you to the role of Dr. Crober?
Well, I sort of am a dermatologist myself, but I’m not trained like other doctors. This whole issue of aging and getting older was depicted with three female characters in the movie. My character was sort of using this woman for my own end. There is a great deal of science at the heart of the movie. I live in San Francisco and there is a place nearby called The Buck Institute for Research on Aging and they have millions of donors from private donors and they are trying to find ways to eradicate diseases through cellular regeneration. So that’s exactly what the movie is talking about.

I interviewed some of the scientists there and they told me that there is a by-product of diseases by increasing cellular regeneration and how they are doing it and how they cure diseases. And the by-product is that we will naturally live longer, and it will give your facial features, your skin, your hair and nails, I mean everything will be capped up at a rapid rate so you will not see the visual decaying of your body. My character is more interested in the longevity and Kira [played by Rebecca Forsythe] is more into beauty. She doesn’t want to get old. She is doing it more on a superficial level and Sophia is someone who was in love with Kira and saw her as a person.

The film depicts aging from three different points of view and also three women at the helm of the film. We made this movie four years ago, before the whole MeToo movement and this big deal now about women on the forefront in films. My character was originally supposed to be a man, but then they decided to make the character a woman, which was a smart move on their part.

I totally agree with that. You showed some great chemistry with lead star Rebecca Forsythe, whose Kira goes to extremes to cure her “disease”. What was it like working with her on the set?
She was awesome! She has this natural ability to act. She really worked on her character and made choices about how to play her. She was very intense and really caught up in the world of the character. She was great and it’s with good reason. Her father is William Forsythe, who appeared in Dick Tracy and other films.

Oh yeah, he’s one of my favorites. Matter of fact, I saw them together in The Bronx Bull, where he played Jake LaMotta and she played his daughter. Those two had amazing chemistry that felt natural due to the fact they’re really father and daughter.
I totally agree with that.

What was it like working for Norbert Keil? Did you allow you any freedom in terms of how to bring your role to the film?
Of course. I feel like directors are pretty collaborative. We arrived on set feeling each other’s work and we would meet in the middle. A director should come with a set of ideas as much as an actor should when it comes to films. I was okay with adjustments he would make from time to time. Nothing overly huge. He was wonderful to work with. He was very adept with working with actors from a technical standpoint. The director of photography did a great job as well. The lighting they used. I mean, they wanted to show it in a certain way.

That’s what struck me in the film. I absolutely loved the visuals with the dark and neon contrasts.
It’s very different from anything that’s out there and that’s the big focus of how the lighting was going to look like and how the camera was going. Tim Kuhn is now getting lot of rave for his visuals on the film and being a first-time filmmaker, Norbert did a few short films before. He owns a company that makes trailers for Germany so he collaborates with different directors as to how to put them together. He has a stylistic eye and he’s made something very attractive and visual.

That’s excellent! I have to say without spoiling too much, one of the major things I loved about your role was that your character takes a twist that screamed perhaps the one 80’s horror classic you will be forever known for, and we both know what film I’m talking about. Re-Animator! Tell me you came up with that idea because that made my jaw absolutely drop (Laughs).
That’s exactly what I was going for (Laughs).

That was one of the most brilliant concepts.
I’m so glad you picked that up because I don’t think most people did. I could have played the whole thing straight and have the audience decide. I’m a normal scientist with a bit of craziness in her or just play it straight through. I could have done that, but I thought to myself it would be fun because we’ve seen bad people play things. So, I figure I would add a little touch of Herbert West in the role and I thought it would be great to do. So I went with the change and Norbert said go for it!

I thought it did as well. It is great seeing you return to the horror genre. I know you have just finished filming in Norway. What’s next for you?
Well, I have another film coming out around the same time called Reborn. Michael Pare and Rae Dawn Chong are in it with a newcomer named Kayleigh Gilbert. The best way I can describe is Frankenstein meets Firestarter. It’s a throwback to the 80’s. I play a character who is like myself, a has been 80’s horror film actress who’s trying to comeback but can’t because she’s overwhelmed with all these demons from her past. And that includes having giving birth to what she thought was a stillborn baby. She learns that the baby didn’t die and well, it’s many years later and the baby, now a teenager, is looking for me. I had a fun time shooting this film.

I’m definitely going to look out for Reborn. In the meantime, Replace comes to DVD and On Demand on October 1. Those who love a good body horror film with a sci-fi edge to it will definitely enjoy this one and Barbara, it’s great to see you again on screen as always. Thank you so much for taking the time to talk about the movie.
Thank you so much for having me. It was a pleasure talking to you.

A Special Thank You goes to Diane Brook at October Coast and Barbara Crampton for making this interview possible.