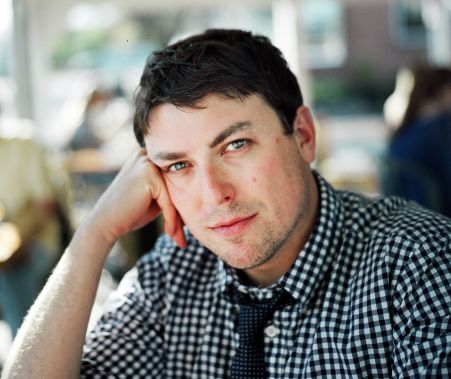 Starting his career producing documentaries and short films, Henry Jacobson is a successful filmmaker whose work has given him acclaim. His collaboration with Emma Tammi on the 2016 Presidential Election was well received. After executive producing Tammi’s horror film The Wind, Jacobson makes his feature film directorial debut on the thriller Bloodline, coming to select theaters, on Demand, and Digital on September 20 from Momentum Pictures.

World Film Geek had the chance to talk to Jacobson about the film.

Henry, thank you so much for talking about Bloodline and I have to say I was pleasantly surprised by the performance of Seann William Scott as well as the twists and turns throughout the film. It was a very good film overall.
Thank you! I’m glad to hear that. I think he did a wonderful job.

What was your inspiration in co-writing and directing the film?
Well, there was already an original script that Seann was attached to at Blumhouse that I came in to pitch a take on. For me, I wanted to make this more of a story about family rather than strictly a serial killer story. And that basic story was in there, about a serial killer who has a baby. At the time, my wife was pregnant with our first child, so I think that’s why I wanted to push it that far in that direction.

I’m a huge horror fan, always have been. I always particularly loved the serial killer genre. So it was both the personal level of family and being soaked into that theme of family and I wanted to do something dark and twisted.

What really surprised me was Seann William Scott, who saying going against type would be an understatement with his lead role of Evan. I think every actor will find that role that will allow him or her to break the typecast and this I think will be Seann’s breakout against type. What was it like working with him?

He was an absolute pleasure to work with, every second of it. I absolutely hope that this is the project for him. I think he deserves it. He’s a remarkable actor. He was attached from day one so when Avra [Fox-Lerner] and I were writing it, we knew that about him. When you see him, you have that pre-conceived notion of Stifler, the character he is known for and that type of character.  And we wanted to use that in a way, that would kind of lull the audience into thinking what kind of guy he is and then really it up.

How he approached it, he was very involved in the development of the character. We kept talking about our re-writes and he’s a huge horror fan, which I didn’t know. He is really into them and he wanted to go deep when it came to this film and wanted to make it darker and darker and darker. Avra and I would be worried that things wouldn’t go right but Seann would actually tell us it was good and make it darker. It was amazing and beyond that, he’s a really nice guy. He was a joy to have with on the set.

Is there a scene in the film that you felt stood out in the final film? For me, it’s the very shocking twist that occurs just over midway through the film involving two deaths.
I’m glad you enjoyed that scene and not spoiling it [laughs]. There were a lot of scenes I enjoyed. One that stood out for me is when the character of Chris [Evan’s student] comes into the house because you have this triangle happening between him and Evan in the foreground with Lauren and the baby in the background. There was a lot of tension in that scene.

The other is when you meet the nurse for the first time after Lauren gives birth to the baby as well as the scene when you meet Marie [Evan’s mother]. The scene with Evan and Marie is really a lot of fun. It was a bit of comic relief, but I think it all came together.

How long did shooting take and were there any difficulties you had to face during shooting as this was your feature film debut?
We had 20 days which is pretty tight, and that was the biggest difficulty I faced. You find yourself working on a scene that has 15 shots and you have 20 minutes to shoot it. So, you have to improvise and attempt to get it in 2 shots. I think on a low-budget project, you have to rely on practical effects. And the challenge is how many of the effects you have to use. Each effect is expensive and stains on the clothes and how many sets of clothes. Working on documentaries and commercials, I never really thought about that.

It was scary, but I had a great team. I was able to be supported in that department. Josh and Sierra Russell’s effects were amazing. Everything brought to me, I was like this was so sick and perfect (laughs). And that goes across the board. Isaac [Bauman], our DP and Courtney and Hilary Andujar, our production designers; and even our producers, especially Adam Hendricks, who have done these films for Blumhouse and others; I felt they had my backs in those difficult moments and trying to manage all those difficulties.

Creatively, working with Jason [Blum] and Couper [Samuelson] at Blumhouse, was great because they would give notes, but they would be good notes. They also never had to say you have to do it this way. They would make suggestions but also trust you to just go for it. And when I disagreed and did it another way, they ended up liking my ideas. All across the board, I felt very lucky to experience this for a first time narrative.

I’m excited to hear that especially because I’m always reading stories or talking to filmmakers who had issues with producers because they felt this pressure to have to do what the producers say and I’m glad to hear that the producers were on your side and giving you that sense of creative freedom. And, I love the fact that these days, practical effects are being used rather than shoddy CGI because it makes the kills more realistic.
Exactly and that’s what I grew up on. The horror movies of the 80’s, The Thing and Nightmare on Elm Street where it’s all practical gore and then watching [David] Cronenberg, I think there is something different. Your brain knows when things are fake and that can affect a film. I mean, when you watch a superhero film that’s so much CGI, as amazing as the CGI, it just never feels as dangerous as something that’s physical. I was lucky to have been able to do that, to get as crazy as I wanted to.

Will you be directing any more feature films down the road? Because from this film, you really did a great job.
Absolutely! I am also a producer and am partners with Emma Tammi, another producer/director. We collaborated on The Wind earlier this year. We have a number of projects in development for our company and Avra and I are actually developing another film that we hope to announce pretty soon, another dark family horror story. So stay tuned!

Bloodline comes out on September 20 and this was a great directorial debut for you and this could be the film that breaks Seann William Scott out of his comic shtick in a tour de force performance. Thank you again Henry for talking about the film.
Thank you for having me, it’s been a pleasure!

A Special Thank You goes to Maya Steinberg at Katrina Wan PR and Henry Jacobson for making this interview possible.