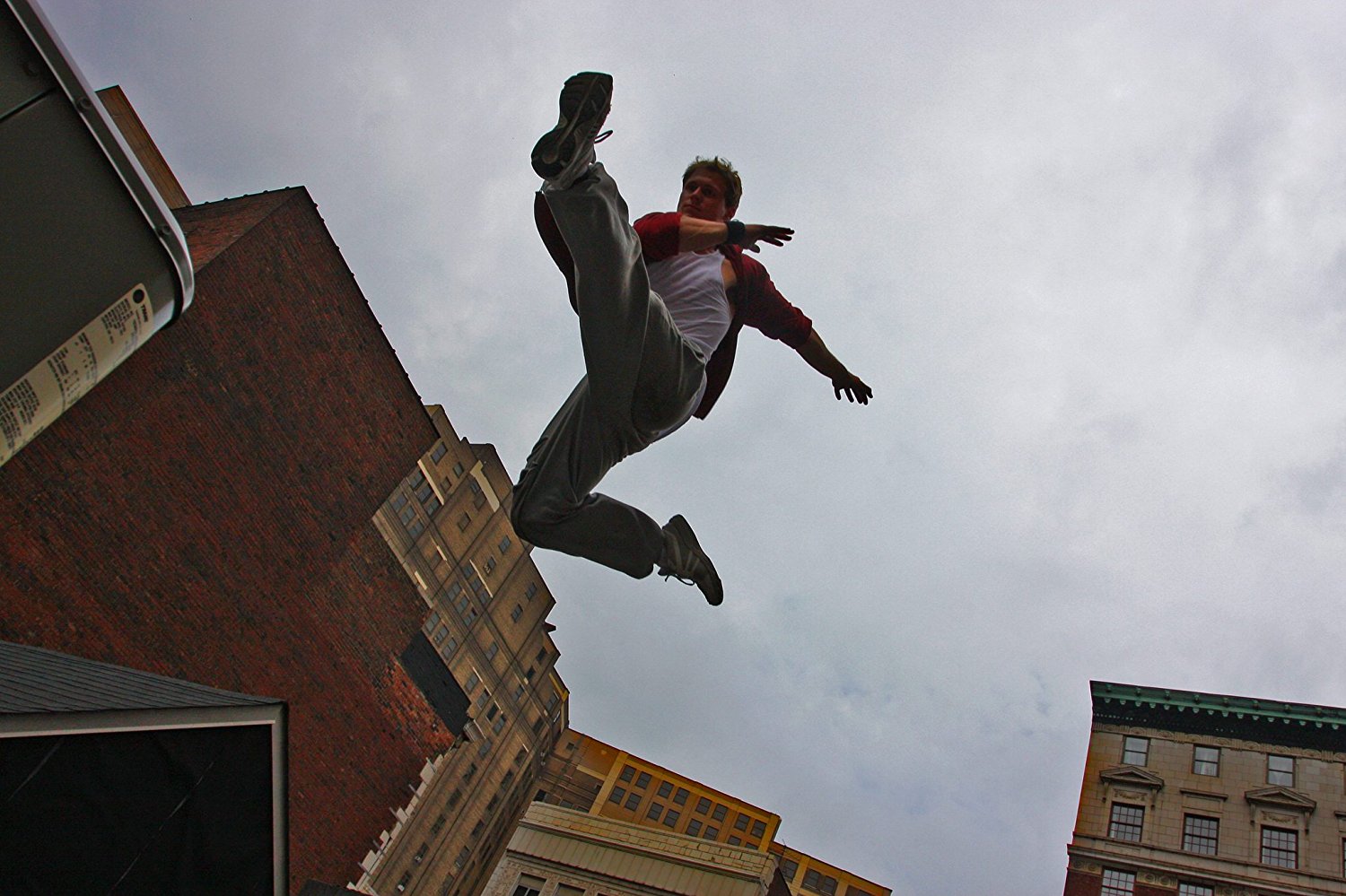 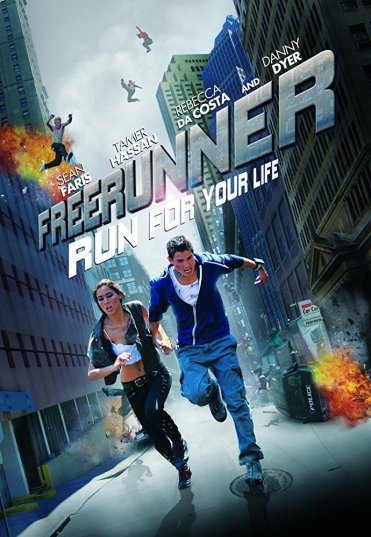 After doing MMA in Never Back Down and appearing in another martial arts action film, The King of Fighters live action film, Sean Faris enters the world of freerunning in this insane action film.

Faris plays Ryan, a freerunner in the city of London who works nights at the hospital where his grandfather is staying. During the day, he is part of a group who partake in races for money. While he has the heart and spirit of the sport, his biggest competition is local boy Finch, who resorts to using a combination of freerunning and martial arts to win almost all the time. Ryan’s dream is to one day live near the ocean with both his grandfather and his girlfriend Chelsea. However, his hopes of winning become dashed when one day, he and his fellow freerunners are kidnapped in the parking level of a commercial building.

After being gassed, Ryan and the rest of the freerunners awaken in a room with collars wrapped around their necks. They soon meet the mastermind behind the plot, a devious businessman named Mr. Frank. The freerunners have been chosen to partake in a race where they have sixty minutes to find three scanners and then reach the top of the Railroad Bridge. Whoever is unable to meet any of the requirements are given an explosive surprise as the collars are rigged explosives. The winner of the race will receive a million dollars. The losers will die. What will the freerunners do when they are now in a life and death battle, all for the price of entertainment?

Freerunning and parkour have been very popular as of late, due to the presence of the sport in films such as the District B13 films with parkour founder David Belle as well as the American Ninja Warrior tournaments. Bangkok Adrenaline helmer Raimund Huber came up with the original story of the film, which is best described as a combination of race film, parkour, and the Japanese film Battle Royale. The film has some great moments mainly in the action and the group of the young freerunners.

Sean Faris plays it off pretty well as Ryan, whose aspirations to live a life near the ocean becomes a challenge he must face when he is forced to compete in the deadly game run by Mr. Frank. There are fans who always see British actor Danny Dyer as the kind of guy everyone seems to hate. Here, he plays the evil Mr. Frank, who forces the freerunners to race for their lives for a group of high rollers online. The high rollers are intercut from time-to-time and tend to be quite the typical guys one would expect: the redneck cowboy, the pompus Brit, the Asian gambler, and other stereotypical gamblers seen in cinema. The gamblers sometime bring some comic relief into the otherwise very dangerous theme of the film.

While Faris himself is doubled in the freerunning scenes by the late John Bernecker, the rest of the young freerunners are real-life experts. Bernecker and Ryan Doyle also served as the parkour and fight choreographers of the film. Doyle brings the most of the film as he co-stars as Ryan’s main parkour nemesis, Finch. Doyle is not only a talented freerunner, but he definitely has some nifty martial arts moves that he gets to use in the film. From the outlook, Doyle may someday have the potential to take the lead in a future action film. That is, if he is given the opportunity. Look out for a cameo by Shane Daniels, who appears as a freerunner in the opening credits and is the son of martial arts action star Gary Daniels.

Freerunner is a pretty decent action film that capitalizes on the sport. If you like both parkour and Battle Royale, you may enjoy this meshing of the two. The film is worth at least a rental.