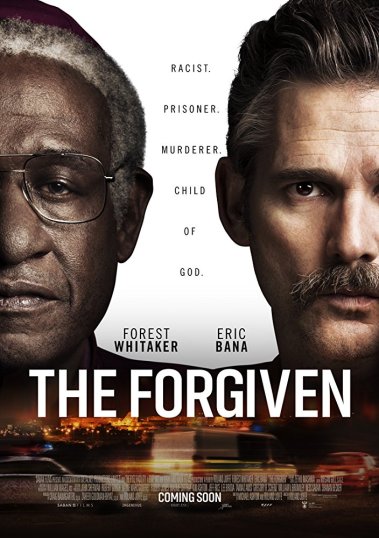 At the end of Apartheid in South Africa, Nelson Mandela has been elected President. In an effort to ease tensions between Afikaners and native Africans, a committee is formed for prisoners and violators who are willing to be given asylum if they confess to their crimes against humanity and witnesses to crimes against human rights are allowed to give statements. The chairman of what would be known as the Truth and Reconciliation Committee is Archbishop Desmond Tutu.

Going to Cape Town, Archbishop Tutu is plagued by nightmares and can’t sleep. Making a promise to help a family whose child has disappeared, Tutu is contacted one day by an Afrikaner on death row in an effort for a chance at reconciliation before he is set to be executed. Going to Pollsmoor State Prison, Tutu meets the man, AWB Piet Blomfeld, a former security forces member who offers vital information for Archbishop Tutu on the his very case he intends to solve. Through a series of meetings, Tutu and Blomfeld attempt at keeping the faith and for the latter, a last chance as redemption before his fate is met.

When someone adapts their own work into a film feature, then you know in most cases, it will be a good film because it becomes a collaboration between the writer and the vision of the director. In this case, playwright Michael Ashton takes his stage play The Archbishop and the Antichrist and adapts it with the help of renowned director Roland Joffé, who co-wrote the film’s script with Ashton, to make a very powerful film about faith and redemption between the old ways and the ways of today in South Africa.

The very heart of the film are the performances of Forest Whitaker as Archbishop Desmond Tutu and Eric Bana as death row prisoner Piet Blomfeld. Nearly unrecognizable as the real-life humanitarian, Whitaker continues to prove why he is truly a great actor as he plays Tutu as a man of faith and one who makes a promise to a family and will stop at nothing to make sure that promise goes through. However, where in the case of some films, Tutu doesn’t necessarily need to go on the offensive as Tutu is a man of peace. Yes, he gets plagued by nightmares and sometimes feels a sort of distance when it comes to his own family, but for him, doing what is right is not a job, but a privilege for the people of South Africa.

As for Eric Bana, this is perhaps one of his best roles yet. The Australian actor, who many will remember playing Bruce Banner in Ang Lee’s 2003 take of the Hulk, has done his share of versatile roles. However, as the embittered Piet Blomfeld, Bana brings force a driven and emotional performance as a man who killed due to the effects of Apartheid but seeks redemption by helping Tutu solve the case through a series of meetings. At first, the tension between Blomfeld and Tutu is there to a tee. However, things soon become better and in his last shot at faith and redemption, Blomfeld ultimately does something unexpected for everyone involved and this just proves that people can truly learn to adapt when there is a major change within a country once known for its harsh sense of racism.

The Forgiven is a very moving, powerful, and emotional film that brings out some of the best performances by leads Forest Whitaker and Eric Bana along with a climactic turn that just proves that with political change, some people can in fact change themselves.