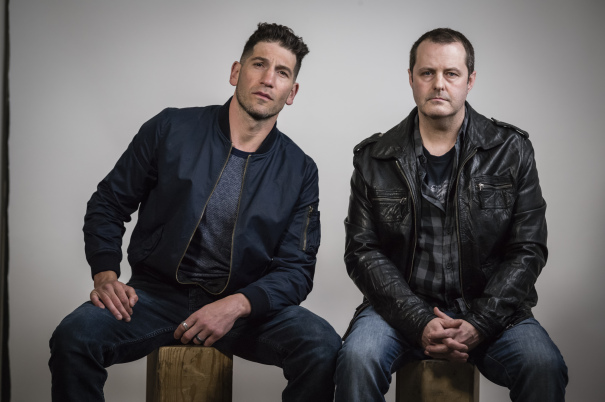 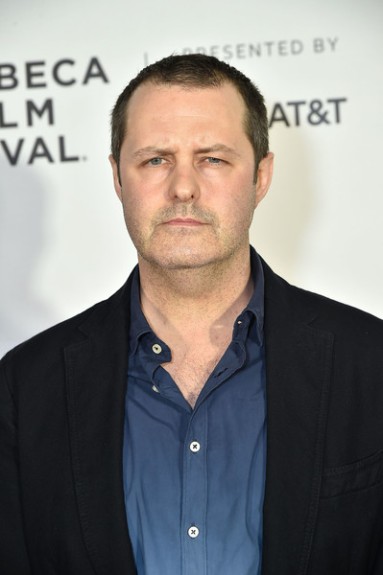 Brendan Muldowney is an irish-born film director who after graduating from the National Film School, started out making short films until 2009, when his feature film debut Savage, was given some rave amongst cinephiles. After 2013’s Love Eternal, Muldowney returns with the historical epic Pilgrimage, starring Tom Holland and Jon Bernthal. The film comes to theaters, VOD, and Digital HD on August 11 from RLJ Entertainment.

World Film Geek had the chance to talk with Muldowney about his experiences on the film.

Thank you so much Brendan for talking about Pilgrimage. It was quite a film that meshed historical epic and road movie and it was quite good.
That’s great! Thank you very much!

For those who are not familiar with your films, can you give me a brief insight on how you got involved in filmmaking?
Well, I went to film school here in Ireland. I’ve worked in video shorts. At the time, digital wasn’t really the thing, so we did a lot of 16mm. I did a lot of short films over the years. Then, I made my first feature in 2008, and it was released in 2009 [Savage]. We don’t have much of a film budget here in Ireland, so it was very low-budget. But we were able to utilize the budget.

It did pretty well and then we did an adaptation of a Japanese novel from Kei Oishi [Love Eternal]. We took the novelization and made it into an Irish film. And you know, they weren’t major hits at the box office but they drew attention, especially from XYZ Films and Top Ground. So we talked to XYZ Films about the next project, which was a medieval action film, which is Pilgrimage.

Compared to your previous feature films Savage and Love Eternal, this is more of a historical film. What attracted you to direct the film?
Well, what attracted me to the film was that I did a short film years ago called The Honourable Scaffolder, which was a medieval tale. And you know, subconsciously, when I wrote it, it was that I loved it. So when it was pitched to me, I loved the idea as well. I like historical things because I don’t really jump at anything, so I really jumped at the idea of this one.

I like the idea that there are things hidden that may be relevant to today and package them to the old times. I like action and I like religious things as well. Not so much the actual religion, but the different aspects of religion, such as what will happen if we die for instance. But, I am very interested in religious things. And I did want to bring that in terms of how religion can be corrupted, and even in the modern world. But, I did want to bring the action as well because I like action.

While you wrote Savage and Love Eternal, you didn’t write this film. Did you have any input in helping with the script from Jamie Hannigan?
I did, but I have to give Jamie credit as he came up with a brilliant idea and then coming up with a first draft, which was great. So, there were additions I brought that helped, but he definitely deserves the credit himself because he came up to me with this thought out original idea. The characters and the relic was all Jamie. I mean, I did help, but I definitely give credit to Jamie.

The film has quite a cast from Tom Holland to Jon Bernthal, who brought some great performances in the film. What were they like on the set of the film as well as the rest of the cast as they showed dedication to their roles?
It is interesting because both Tom and Jon weren’t as big of film stars as they are now when we made this. They really have gotten bigger since then. But they and the rest of the cast were just great, brilliant. When I cast Tom, he had just done The Impossible and Jon was coming from The Walking Dead and you know, it’s like they came on the set and bonded with everyone right away. Everyone got together and were on board with the film. They endured hardships. They were supportive of each other. They were very supportive of me and were willing to go the extra mile.

There was no difference between Tom, Jon, and the rest of the cast. They were equally good with everyone being committed.

Did you endure any difficulties when making the film in terms of shooting conditions, etc.?
Well, for one, our budget was relatively small compared to a big Hollywood budget film, especially for a period action film. So, we had a very small amount of time to shoot the film. My assistant director went out to shoot Game of Thrones and shot an amazing episode with a battle that took two weeks to film. I only had three days to film the ambush scene so you can see the differences in scale.

And we were outside for the entire shoot of the film, so on the first day, there was a gale force and then the next two weeks, there was a heat wave, which is unheard of in April on the west side of Ireland. You can see it in the film’s opening at the monastery. There was sun, and then there were a lot of scenes that were cut for pacing. But, I’m glad they are gone because it was making their journey look like a nice holiday [laughs].

And there’s a scene where they were on a mountain and lightning strikes the relic and it was supposed to be stormy, but that was when the sun was starting to appear. So we worked hard to make it look dull, so we had to digitally put clouds in the film. We had to work hard to work against the weather of Ireland and normally, Irish weather is bad. I could keep going on with the horses, the budgets, the horses, the water and the boats. That’s what you get when you are in the wild, west side of Ireland, and I’m sure even a big Hollywood production would get their arses kicked. The difference is that they would be able to take a day off.

Finally, do you have any new projects in the works and would you consider doing another historical epic down the road about something in Irish history as I found this to be quite fascinating?
Absolutely! There’s lot of periods of Irish history that I would love to explore. So many more. There’s a period where Cromwell came to Ireland and I’m literally talking off the top of my head now [laughs], because I don’t have any scripts. I’d love to do different historical films, but not just jump into any time period. It has to have a good story.

Pilgrimage comes to theaters, VOD, and Digital HD on August 11. I would recommend it for those who enjoy road movies as well as historical epics. Thanks again Brendan for talking about the film.
Thank you very much!

A special Thank You goes to Katrina Wan PR and Brendan Muldowney for making this interview happen.