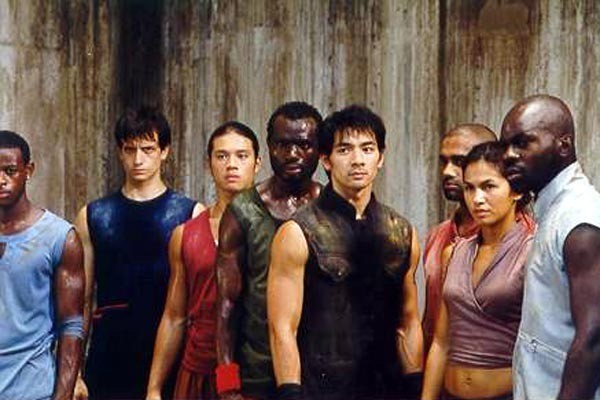 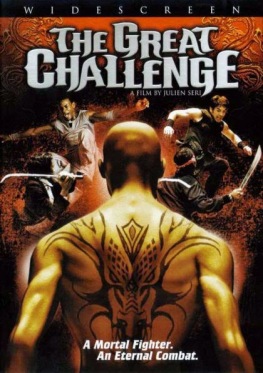 The Yamakasi team of parkour experts star in this action film that sometimes has a bit of some ridiculousness but overall, is not that bad of a film.

A group of friends who are trained in the sport of parkour decide to head to Bangkok to open a new school that will help kids learn the skills necessary to learn the art. However, what starts out as an exciting journey turns into a terrifying nightmare for the team when during an impromptu training session finds themselves at odds with a local gang led by master thief Kien. A narrow escapes leads teacer Logan to meet Tsu, Kien’s younger sister. The two are attracted to each other, but Tsu and Kien have major problems.

Kien and Tsu, who are Chinese-French, have stolen a rare dragon statue that belongs to Triad boss Wong. The mastermind behind the job is Yakuza leader Kitano, Wong’s son-in-law, because he wants Kien to think he has a better chance of joining the Yakuza than the Triads. Tsu has grown tired of becoming a criminal and wants Kien to follow the same path. However, a rift is soon likely to happen between the siblings but when Kitano is exposed, the tracers soon find themselves in the middle of the war between both the Yakuza and the Triads.

Reuniting with director Julien Seri after the 2001 film Yamakasi, the group of the same name return for a follow-up that not only highlights their trademark skills in parkour but show them engaged in some fighting skills as they are embroiled in the middle of a turf war in Bangkok. The only major difference between this and its predecessor is that actor Châu Belle Dinh doesn’t join the group as one of the team but is given a more prominent role as a thief whose actions begin the major war that is the central plot of the film.

While the Yamakasi Team take top billing, the film not only belongs to Chau, but much of the focus goes to Charles Perrière as team member Logan who has a romantic interest in Kien’s sister Tsu, played by a film debuting Elodie Yung, who is currently making waves as Elektra Natchios in season two of the Netflix series Marvel’s Daredevil. There are a few subplots that are pretty much throwaways such as member Lucas, played by Yann Hnautra, having to deal with the move to Bangkok affecting his family life; and Williams, played by Williams Belle, visiting his grandfather, a monk in order to somehow better his inner energy for his skills.

The action choreography was done by the duo of Mainland China’s Xiong Xin-Xin and Thailand’s Seng Kawee. Xiong and Seng churn out the action in which the Yamakasi group must not only use their parkour skills but use martial arts to fight. A good subplot in the film involves member Kenjee, played by Malik Diouf, going to a Muay Thai school to train in the sport to help better himself as both a tracer and a fighter should he need to defend himself, which he does. The climactic fight has the entire Yamakasi team with Elodie Yung, a black belt in karate, fighting off against both the Yakuza and the Triads to escape the chaos. It’s quite an inventive fight with the tracers using the environment and their skills to their advantage.

The Great Challenge has its flaws, but is quite an enjoyable film that makes good use of the Yamakasi Team as well as Elodie Yung, who shines in her film debut.