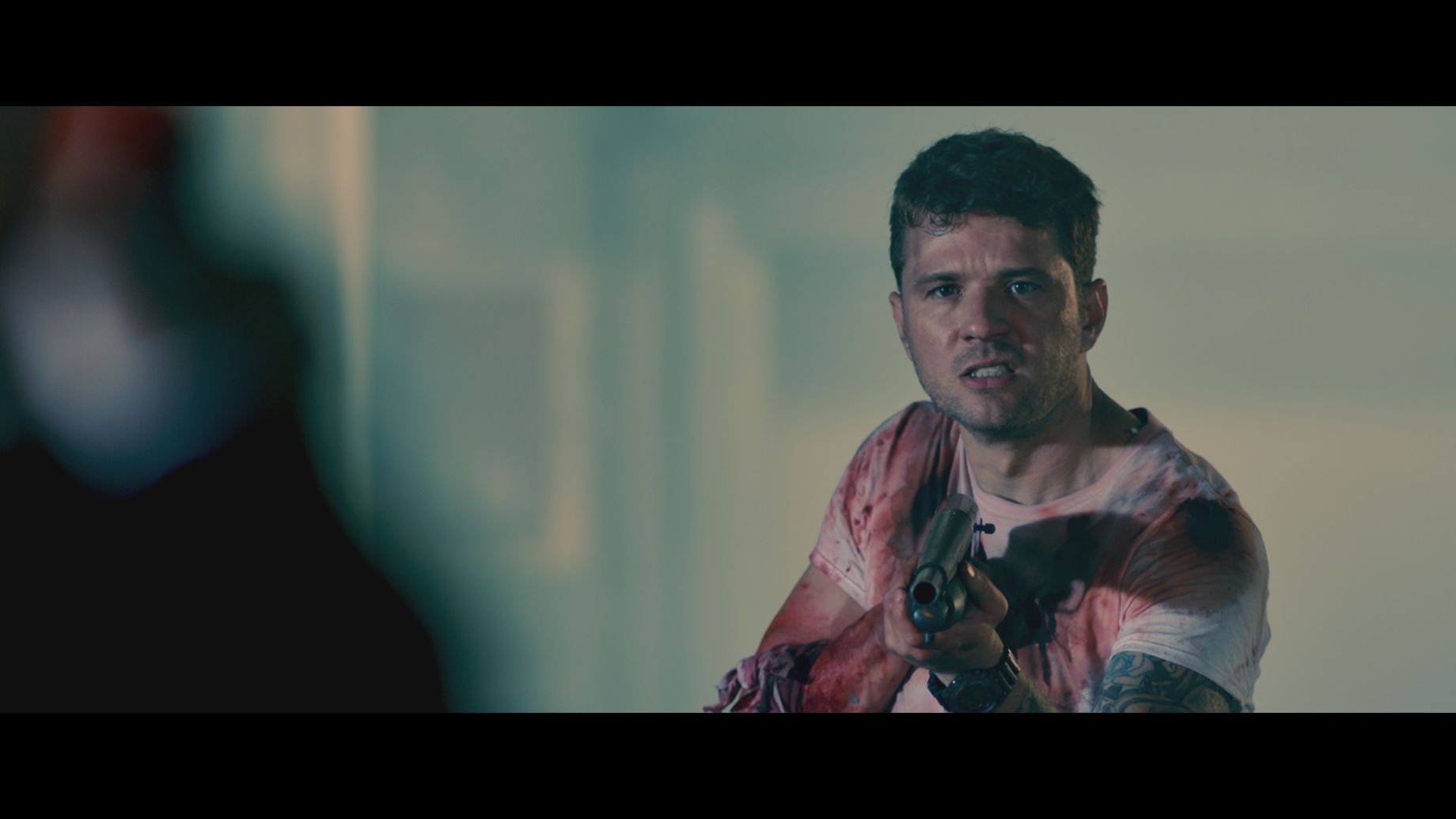 Ryan Phillippe and Casper Van Dien are set to face off against each other in this action-packed thriller from director Brian Skiba.

For Secret Service agent Vic Davis, things have not been easy. After nearly failing to protect current President Bob Jeffers en route to an event, Davis decides to take a break. His job has caused a bit of a rift between himself and his son Sean. Sean, a college student who has had a crush on Erin, the daughter of Supreme Court Justice Walton, learns his father plans to pick him up and maybe reconnect with him since school has now ended. When Vic arrives, he notices something suspicious about Erin’s driver. However, when she heads back on campus to grab something she forgot, Vic’s suspicions soon prove true.

Erin has been targeted to be kidnapped by the mysterious Driver, who has been hired by CIA Director Phillips. Phillips is the mastermind behind a major legal case and Justice Walton is to be the judge overseeing it. By having Driver and his team kidnap Erin, he can force Walton to sway the decision in his favor. However, both Phillips and the Driver did not rely on Vic to be there. Being a Secret Service agent, Vic is highly trained in both firearms and hand-to-hand combat. He not only must use his skills to stop the terrorists but find an unexpected ally in the one person he never imagined: his own son.

A political thriller meshed with frenetic action sequences, director Brian Skiba does a great job with the script by Eric Bromberg and Paul Taegel in terms of execution. The film’s premise, a Secret Service agent taking on terrorists may sound like this may be a rip-off of the Fallen series with Gerard Butler. However, this is not a rip-off at all, but rather, an indie outing in which we get to see our hero Vic attempt to reconnect with his estranged son amidst the chaos and expose the corruption of the CIA director.

With a few exceptions, audiences have had very little chance to see what Ryan Phillippe can do as a major action star. Skilled in the martial art of Taekwondo, there hasn’t been much of a project that will enable him to showcase some of those fighting skills. Well, we finally do get that chance here. Aside from Taekwondo, we get to see Phillippe do some ground fighting in the vein of perhaps Krav Maga or even MMA in his fight scenes. After seeing this film, hands down, there needs to be more films like this where Phillippe can strut his fighting skills.

As for the villain, what’s so great about Casper Van Dien as the Driver is that he doesn’t need to play a character that has the potential to go over the top like most of these types of characters. He plays the Driver as this very quiet character who once he starts blasting away, plays it nonchalantly. In some aspect, he has respect for Vic due to his tenacity and skills. To the Driver perhaps, Vic is a very formidable opponent who has that potential to thwart his operation. Once we see the two finally face off against each other, it’s quite a fun action scene to watch that can go either way and it all adds up to a very shocking twist of a finale. There is a nice little running gag in the opening and finale, which involve a rival of Vic’s who due to the botched mission, looks to get even and perhaps, possibly set up a sequel. Let’s hope there will be to this one.

The 2nd is a wild action ride that gives us a chance to see what Ryan Phillippe can do in the fight department and it’s clear he has the skills. Casper Van Dien’s villain is one of the best in an indie film of this caliber as the nonchalant Driver. Action fans will likely get a kick out of this one.

Momentum Pictures is releasing the film On Demand and Digital on September 1.