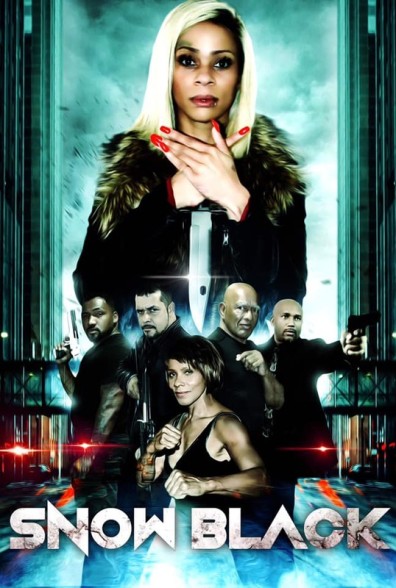 An ex-Marine returns home and finds herself waging war in this indie action film from filmmaker and former martial arts champion Robert Parham.

Sarah Camden is an ex-Marine Special Ops soldier who has returned home after learning about the death of her mother. Suffering from post-traumatic stress disorder, Sarah learns her mother, a drug addict, was killed by a bullet during a gang war. Sarah learns of a new drug on the streets, known as “C” and she is warned by old friend Nock to be careful. When Sarah’s 14-year old sister Kenya is ambushed after school and has C forced in her system killing her, Sarah decides enough is enough.

When she learns that the detectives in charge of the case are keeping quiet about Kenya’s death, she decides to wage a one-woman army against the drug dealers. Despite some efforts from Sgt. Thomas Kellar, a good-natured detective who is forced on other cases courtesy of Mayor Pilgrim, Sarah gets some help from old friend Nock and her dad Jerrod. However, when another tragedy ends up affecting Sarah, she decides the only ones who can help her take everyone out now are her buddies and commanding officer from the Special Ops division.

Former karate champion Robert Parham has delved into filmmaking, producing some of Franklin Correa’s recent fare. Here, he takes center stage in terms of directing and pays homage to the classic 1970s era of Blaxploitation action films. A new star could be on the horizon and her name is Sarah Buckner, who plays our ex-Marine protagonist. The title of the film refers to the codename she was given during her Marine days.

Buckner starts out a bit monotonic but as the film goes on, her acting heavily improves as she is clearly ready to wage war on the drug dealers and anyone else who gets in her way. With her tattoos and demeanor, she is one badass who does not want to be messed with. We even see her in a training sequence that leads up to the catalyst of her actions, learning of her sister’s death. The plot itself reminds me of an updated meshing of two Pam Grier classics, Coffy and Foxy Brown, with Buckner being a combination of the two iconic roles with a military background thrown in.

What is very interesting and brings a sense of nostalgia, specifically from the 1970s, is that we get see two icons from the era back in action albeit temporarily. First comes Black Belt Jones female lead Gloria Hendry (who also served as associate producer) make a memorable cameo as Aunt Sydney, who just before she has to go to the airport, offers her assistance to Sarah in gathering information. Yes fans, she gets a fight scene against some of the thugs in a pool hall. Her moves aren’t what we are used to today, but it brings back the days of 1970s American martial arts films and are quite fun, especially when you see her throat chop a guy twice her size.

The second icon is none other than the legendary Black Dragon himself, Ron Van Clief. He takes on the role of Gerrod, Sarah’s father, who is concerned about her when she delves into her street war only to eventually offer his assistance. Those who want to see if Van Clief, a martial arts legend with over 50 years of experience, still has it, look no further. He briefly has a fight scene and even choreographed his own fight against some of the thugs. And speaking of that, in a memorable nod to 70’s Hong Kong kung fu films, villain 9ine, played by Humberto Gonzalez, wields a sectioned-staff with knives at the end.

Director Robert Parham appears in the film as Sgt. Thomas Kellar, a detective who watches Sarah very closely. While we don’t get to see the former martial arts champion in action, it’s interesting to see that the character has this two-sided personality. He feels like he may need to arrest Sarah in some ways, but ultimately, he knows what she’s doing is right and helps when he can but offering more intel rather than get in on the action.

If you are a fan of 1970’s Blaxploitation and action films, then chances are you will enjoy Snow Black as it is a 21st century take on the cult genre. A lead who improves as the film goes on and some fun action from icons of the era make this one may want to check out.