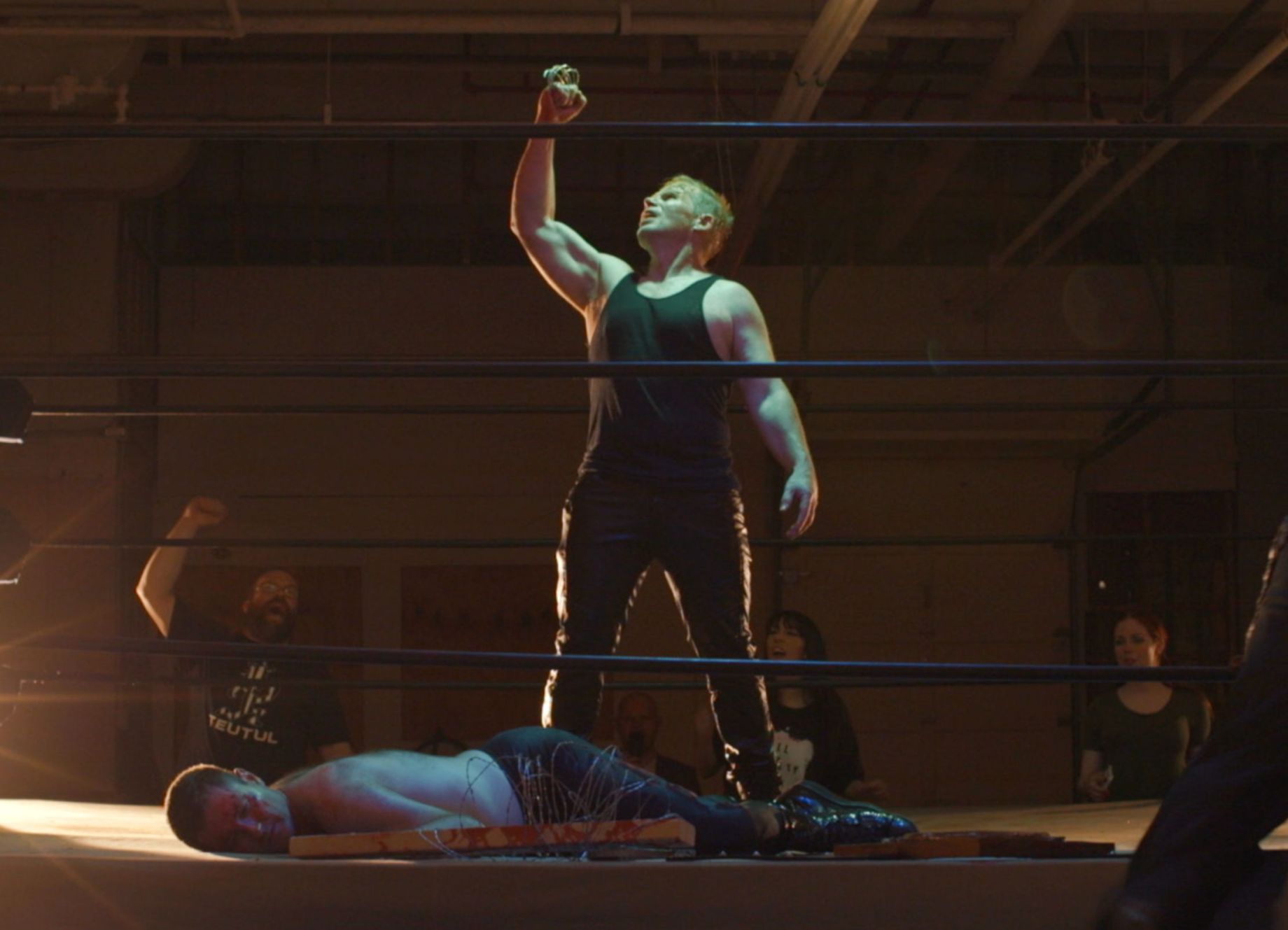 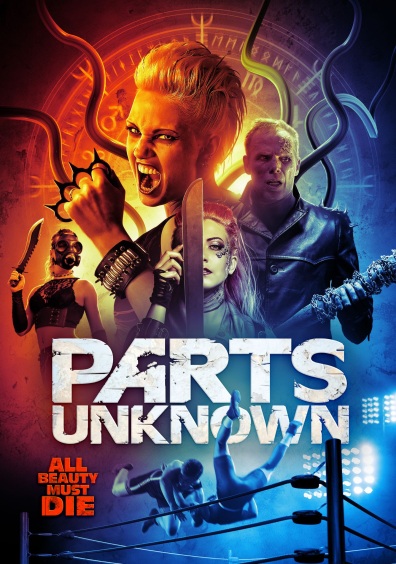 A family of professional wrestlers unleash mayhem in this grindhouse horror film from filmmaker Richard Chandler.

Things aren’t looking too good for the Von Strasser wrestling dynasty. Elder brother Hermann has been released from prison on probation after he killed a jobber in the ring. As for the rest of the family, sister Kitty is going to compete in her final match against her frenemy Lacey Tormada. One of the brothers, Karl, has been ousted for his constant use of steroids and the other brother, Harvey, is a big man who has gone all soft. When Harvey accidentally kills a policewoman, Hermann is forced to put Harvey to bury the body. However, in a shocking twist, the policewoman is revived and escaped.

Meanwhile, Hermann meets a demonic entity known as the Holiness and makes a deal with it. During her match with Lacey, Kitty goes too far and just when it looks like she is about to kill her frenemy, the revived policewoman puts a temporary end to the potential carnage. When Harvey finds the policewoman, she is kidnapped and tortured until she is able to stop him as well. Just as the Von Strassers continue their mayhem and killing spree, the policewoman questions about who she is and why she has been chosen to put an end to the mayhem brought about by the deadly wrestling dynasty.

Professional wrestling and horror have been quite a staple as of late. With WrestleMassacre and Powerbomb heavy contenders for the good meshing of this resurging trend, this film from writer and director Richard Chandler is a mixed bag that bolds well in certain departments but fails to deliver in other parts. That doesn’t mean it’s a bad film. But it doesn’t mean it’s a great film. It’s a mostly “one-watch” than maybe watch again at your most bored if that makes sense.

Let’s start with the positives. The opening prologue is quite done well, as we see how the Von Strassers earn their reputation. William DeCoff is great to see as Hermann because throughout the film, he is perhaps the most level-headed of the family despite his physical deformity, from years of violence in the ring. His killing of a jobber becomes the set-up for the film, which sees Hermann released to a whole new world that has caused the dynasty to be forgotten.

The use of red filters to enhance the tone of the film is quite a positive as well as it melds perfectly with the 80’s style synth score, courtesy of Andres Fernandes and Michael Shiraef. It gives the film a real grindhouse feel to the film and that means, plenty of gore, which also is a plus here. One shocking piece of the film gave this viewer a cringey “turn your head right away” moment and it is seen during the Kitty-Lacey match. Which brings us to the character of Lacey, well played by the excellently named Lizzie Havoc. She is the wild card of the film, going from a rising star in the ring who feels indebted to Hermann for his help training her and showing her loyalty to someone who finds herself a constant victim of Kitty’s torturous mannerisms.

As for the flaws, Sarah Michelle’s Kitty is definitely a lunatic who thrives on being psycho. And when this is said, it is true. She gives such an over the top performance that it is on the level of a certain character from the 1997 cult film Bitch Slap. This comes especially when it pertains to her on-again off-again friendship with Lacey. And in one shocking scene, it is as if something expected in a Troma movie is seen and is just a bit jaw-dropping. Another issue is that film is a bit long. At a running time of 114 minutes, the film does seem to have a bit of a drag as it pertains to our avenging character, played by Alexandra Cipolla. A scene where she questions a sort of psychic about her abilities could have been edited up to a certain point or just cut out of the film as a whole for one. And a character ends up in a body melt that gives out an unexpected WTF moment as well. In addition, some camera angles looked completely flawed and messed up some certain pieces of the story as well.

Parts Unknown had the potential to be a great meshing of pro wrestling and horror. While one can praise William DeCoff and Lizzie Havoc for their performances as more level-headed characters as well as the gore, one can’t helped but not enjoy the long running time and some way over the top issues. Ultimately, a mixed bag you may watch one then not worry about it too much.