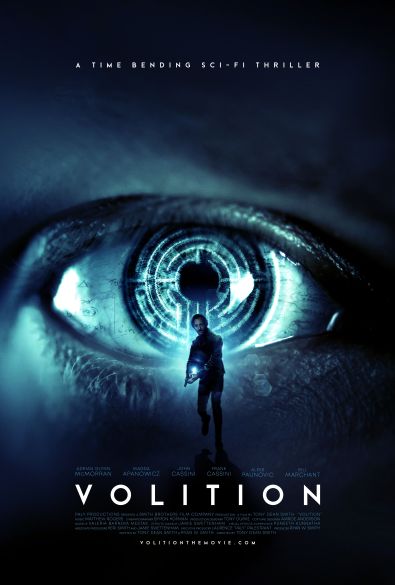 A man with special abilities attempts to solve the mystery behind his own murder in this feature film the Smith Brothers.

James is a man who at first thought he was suffering from déjà vu. However, he discovers he has the power of clairvoyance. However, James is in a bit of a crisis. He finds himself owing rent to his landlord and finds himself in one jam after another. On this fateful day, he sees two goons beating on a young woman, Angela. He rescues her and the two soon form a bond. When James comes across a stash of stolen diamonds, he incurs the wrath of some local thugs led by Ray. When James and Angela evade Ray, his cousin Sal, and enforcer Terry, James envisions his own murder and seeks refuge with his friend Elliot.

When the trio shows up at Elliot’s house, James goes into hiding while Elliot and Angela are forced to confront the trio. However, Angela’s attempt to stop Ray ends up in her death. Shortly after, James discovers the shocking truth about his clairvoyance. At first angry at how he gained his ability, he soon discovers he may be able to save Angela through the ability to traveling to the past. With this newfound ability, James is determined to save both himself and Angela from their possible fated deaths.

This indie Canadian meshing of sci-fi and action focuses more on the latter genre while the central character is the focus of the former genre. The film marks the feature film directorial debut of Tony Dean Smith, who co-wrote the film with his brother Ryan W. Smith. The Smith Brothers did an amazing job at bringing forth a film that doesn’t stray and engages the viewer in the journey of the clairvoyant James, played by Adrian Glynn McMorran.

McMorran does a bit of narrating the film as James explaining that when someone dies, their life flashes before their eyes. However, it doesn’t happen to him due to his ability of clairvoyance. James is the type of character who seems down on his luck and finds a bit of redemption when he rescues Angela, played by Magda Apanowicz. Their bond doesn’t really involve any sort of romance that one would expect but there might have been potential had it not been for Angela’s shocking death 40 minutes into the film. That’s when things become both shocking and tend to have a Back to the Future-style vibe with James discovering more than having clairvoyance but the ability to bend time in hopes to set things right.

The actors playing the goons are quite an interesting bunch. John Cassini is great as leader Ray, who constantly demands to know where the diamonds James apparently stole are and his enforcers include his cousin Sal, played by Frank Cassini and Terry, played by hulking Aleks Paunovic. Paunovic’s Terry is a bit of a highlight only because he plays the typical hot-headed enforcer seen in most of these action films that involve crime bosses. In the second half of the story, which involves James’ time travel ability, their story plays out quite a bit different than expected and yet the Smiths do a good job of keeping the viewer engaged as it doesn’t feel broken but more of a what if this actually happened type of situation.

Volition is quite an impressive feature film debut for the Smith Brothers, as we deal with the sci-fi elements of both clairvoyance and time bending meshed in with a situation that in the second half engages a twisty “what if this happened” kind of riff that actually works well.