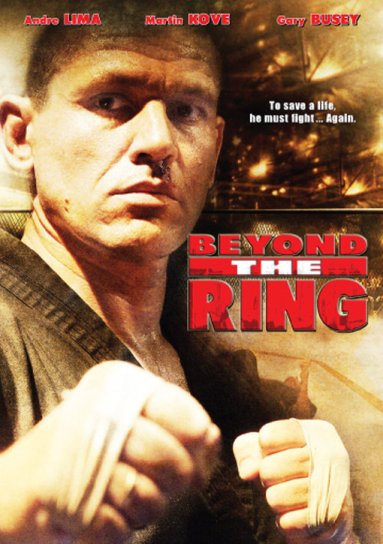 Taekwondo champion and martial arts instructor Andre Lima stars in this semi-autobiographical film that makes very good use of its low budget and not focus too much on the action yet when the action comes, it delivers.

Andre Lima is a taekwondo champion who runs his own martial arts school in Los Angeles. Raised homeless from Brazil, he fought until his wife passed away. After opening the school, he tries to make a better life for himself and his children. However, despite having a successful career as a martial arts instructor and author, his life is about to change when his daughter Jessica ends up in the hospital with a tumor in her eyes.

At the hospital, Andre learns that the insurance he has does not cover the surgery since Jessica is under 18. Despite help from his brother-in-law Patrick, Andre begins to see his world unravel. However, he soon finds an opportunity to make enough money to help his daughter. Andre’s publicist, Warren DeLuca offers Andre an underground fight against a massive fighter named Zulu where the winner gets $250,000 and the loser gets $50,000. Having no other option, Andre begins to train in his taekwondo, karate, and Brazilian Jujitsu under the watchful eye of trainer Derrick.

This independent martial arts action film was made to highlight the talents of Brazilian-born taekwondo champion Andre Lima. Lima, who has worked as a stuntman in action films, shows that he not only has the skills, but proves to be quite an actor. This comes notable during the film’s more dramatic sequences. It helps that he is supported by veterans Martin Kove and Gary Busey.

Kove does well as Lima’s brother-in-law who doesn’t approve of his fighting and even goes as far as threaten custody while at the same time; attempt to help him with the medical issues. As for Busey, he plays a preaching publicist who seems to moonlight as a promoter for an underground martial arts fight. Lima’s real-life wife serves as producer and even has a major role as his assistant instructor Helena, who helps him in his time of need. Lima’s daughter Aycka does well as Jessica, whose medical condition drives the film’s action.

In charge of the fight scenes is Undisputed II choreographer J.J. Perry. The opening of the film features an amazing sparring session between Lima, Lateef Crowder, and Clayton Barber. Lima has impeccable skills and puts them to good use. Playing his nemesis in the ring is Justice Smith, a mixed martial arts fighter best known for his role on the reboot of American Gladiators. Smith does well in his climatic fight against Lima, yet at times it seems like Smith tries too hard and looks more like a hulk rather than a MMA fighter.

Beyond the Ring is actually a decent independent martial arts drama. Andre Lima certainly has the acting skill and martial arts skill to play a veteran style fighter. Let’s hope he has a chance to star in more martial arts films in the future.