On February 14, this is one “closet” you will not want to enter as the teaser trailer to the supernatural Korean film The Closet will soon reveal. 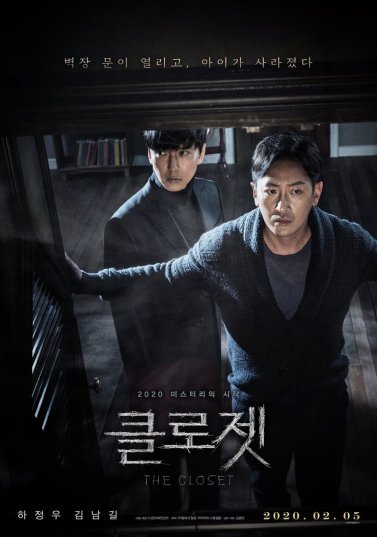 When a tragic accident leaves Sang-won and his daughter Ina without their wife and mother, he moves to a new home to restore his relationship with his daughter. Despite all his efforts, nothing he does seems to work but she makes a new friend who makes her laugh. This moment of peace doesn’t last long, as strange noises trickle out of their closet and Ina begins displaying strange behaviors. A few days after Sang-won starts having eerie nightmares, Ina disappears without a trace. While searching for her, Sang-won comes across enigmatic Kyung-hoon, who seems to know where Ina has disappeared to: the closet. Kyung-hoon tells Sang-won that he’s been looking for whereabouts of missing children for the past 10 years and believes that the key to finding Sang-won’s daughter is inside the closet. Desperate to find his daughter, Sang-won reaches out to open the forbidden closet…

capelight Pictures and CJ Entertainment will reveal the secrets of The Closet iat the CGV Cinemas in both Buena Park and Los Angeles on February 14.