Of course, with the decade officially over and now in 2020, there have been many like myself who have unleashing their favorite films of the last decade and now it is time for me to unleash my favorite films from the past decade. Keep in mind I only began this site in 2015, but have watched loads of movies during the first half of the decade. Of course, before I present the list, here is the Disclaimer:

All films in this list is solely based on the opinion of WorldFilmGeek. As a fellow film blogger, I have complete respect for other top film lists from my fellow bloggers and critics. In that case, just read and enjoy. 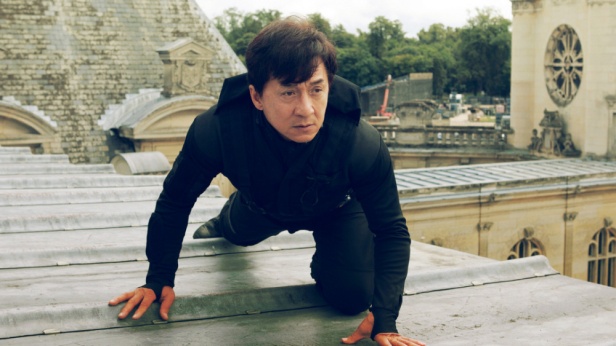 10. Chinese Zodiac (Jackie Chan, 2012)
At #10 is the Jackie Chan action adventure Chinese Zodiac, the unofficial third installment of his Armour of God series, in which Chan received the Guinness Book of World Record for most credits in a single film with a whopping fifteen credits. Here, he plays JC, a renowned artifact collector tasked with collecting the statue heads of the Chinese Zodiac and has a team that includes Korean star Kwon Sang-Woo, actor David Liao, and some “new blood” in the form of Chinese taekwondo champion Zoe Zhang, who unleashes her amazing flexibility and martial arts skills. Her fight against American martial arts champion Caitlin Dechelle is quite a fun treat, which is part of an even bigger fight with Chan taking on Doctor Strange actor Alaa Safi and a host of stunt guys. The end stunt is one of the most shocking as it was shot on an actual volcano in Vanuatu. Look out for cameos by Into the Badlands‘ Daniel Wu, The Transporter‘s Shu Qi, and a very special surprise cameo at the very last scene of the film. 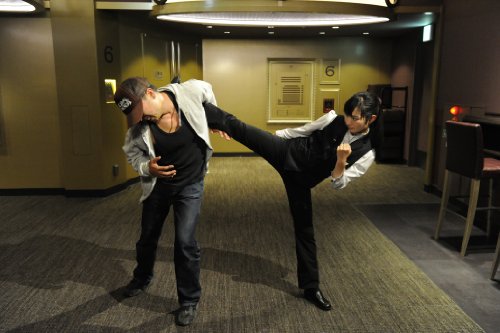 9. KG: Karate Girl (Fuyuhiko Nishi, 2011)
At number 9 comes KG: Karate Girl, starring Rina Takeda as a karate expert who hides her identity after her father is murdered by a mysterious crime boss all for a black belt. Yes, the concept sounds a bit farfetched, but the saving grace comes in the action scenes, in which the breakout star is 14-year Hina Tobimatsu, who in her opening fight scene unleashes kicking skills that would make the likes of a Scott Adkins and Hwang Jung-Lee proud. Sadly, this would be Tobimatsu’s only film as she lives a pretty normal life these days. As for Takeda, she continues success in the film industry, focusing on both action and non-action roles.

8. Mandy (Panos Cosmatos, 2018)
Paying homage to the grindhouse horror and revenge flicks of the early to mid 1980s, Panos Cosmatos unleashes both sides of the spectrum when it comes to the performance of Nicolas Cage. First, we see the calm, cool, collected Cage as we seen him relish in his relationship with the titular Mandy, played by Andrea Riseborough. However, when she is kidnapped by cult leader Jeremiah, played in a very maniacal performance by Linus Roache, we then see the crazy side of Cage, who is set to unleash all sorts of hell as he takes on the cult using a makeshift bladed weapon and engages himself in a chainsaw duel that rivals the likes of Tiger on the Beat and Texas Chainsaw Massacre Part II. 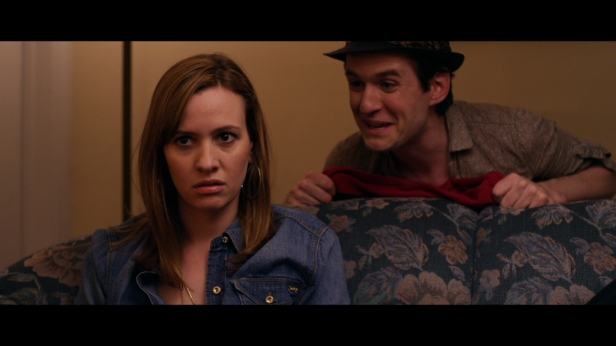 7. Kathryn Upside Down (Allie Loukas, 2019)
The #7 spot goes to the Best Film of 2019 on WFG, the hilarious Kathryn Upside Down. Loukas, who wrote, directed, produced, did wardrobe, edited, and stars as the titular role, definitely knows her stuff and overcame practically everything to get the film made and released. She proves herself to be a dedicated filmmaker whose love for the late legendary John Hughes is clearly seen in this film. Here, we see Kathryn, the daughter of a single mom learns her birth father is the plumber hired to fix the toilet during her mother’s party. There is a nice little Cinderella-like subplot involving the mother as she grows tired of her husband’s emotional abuse and realizes that the one night stand she had all these years ago may actually be the Prince Charming she needs. In addition, there are some wacky characters who will remind you of the Hughes supporting cast of films like Sixteen Candles. 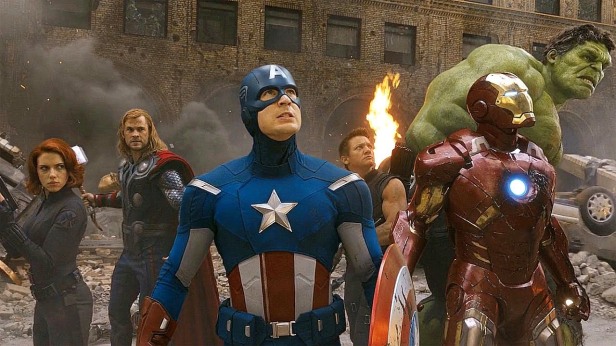 6. The Avengers (Joss Whedon, 2012)
While Infinity War and Endgame are totally stellar, I can’t help but love the original team-up film from 2012. When Loki uses the Tesseract to unleash an alien army, it is up to Iron Man, Captain America, Hulk, Thor, Hawkeye, and Black Widow to stop them…if they don’t try to outdo each other first. Yes, what is great is that there are conflicts within the ranks first before realizing they must unite to stop the threat. We get our first look at Thanos and it is safe to say, Mark Ruffalo’s take on Bruce Banner is by far the best one on-screen. Only wished he had the role in 2008’s MCU entry The Incredible Hulk. 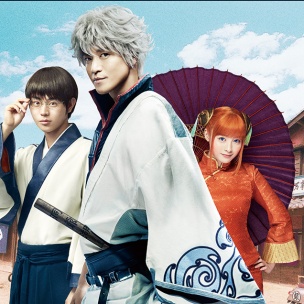 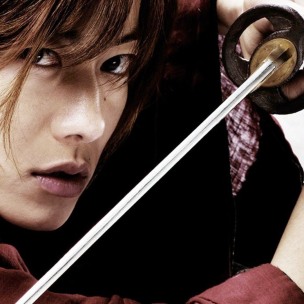 5. Gin Tama (Yuichi Fukuda, 2017)/Rurouni Kenshin (Keishi Otomo, 2012)
We have a tie for the #5 spot as these two are by far the best live-action adaptations of Japanese manga and anime. The former, a hilarious sci-fi comedy about a former samurai turned shopkeeper who must use his skills to stop some evil aliens and the latter, a similar but more serious film about a former samurai assassin who must use the blade again when he takes on a fighter using his previous title, these two films are great not only for its action, but the performances of the talented Shun Oguri, Masaki Suda, and Kanna Hashimoto in the former and Takeru Satoh in the latter. While the former had a sequel in 2018, the latter had back-to-back sequels in 2014 and will return with two back-to-back final films later this year.

4. The Great Fight (Sherri Hauk, 2011)
The #4 film is The Great Fight, an indie drama that is close to the heart as it involves a high school student with autism who is constantly bullied. However, when a certain trigger hits, the teen becomes uncontrollably violent. A cop and martial arts teacher working security at the school offers to teach him to control his anger. However, the bully has a martial arts teacher who just happens to be the main rival of our police officer, an overzealous lawyer who convinces his student to challenge our young hero to a MMA fight. While things are not what you expect, this is a pretty good film with Miguel Jarquin-Moreland giving a great performance as Anthony, the autistic teen with Frank Giglio as his mentor and a sometimes over the top but fun performance by filmmaker Eric Etebari as the bully’s coach and cop’s arch-rival. 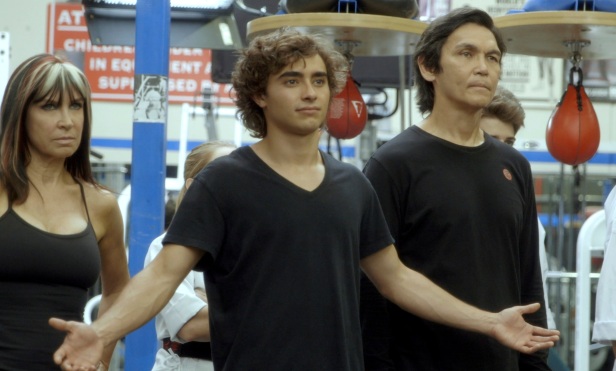 3. The Martial Arts Kid (Michael Baumgartner, 2015)
At #3 is the anti-bullying drama The Martial Arts Kid, which is best described as this millennium’s indie version of The Karate Kid only without the tournament and replacing Miyagi with two martial arts legends, Don “The Dragon” Wilson and Cynthia Rothrock. The duo play a married couple who take their troublemaking nephew (Jansen Panettiere) in and after he is bullied, decide to teach him martial arts as a way to not defend himself, but help him change his attitude in the process. Those expecting fight scenes in the vein of a Scott Adkins or Hong Kong film can forget it as that is not the message being brought here. However, this is a wonderful indie film about a young man’s journey into finding not only a way to defend himself, but finding himself in the process. A sequel is still in development with Rothrock and Wilson set to return. 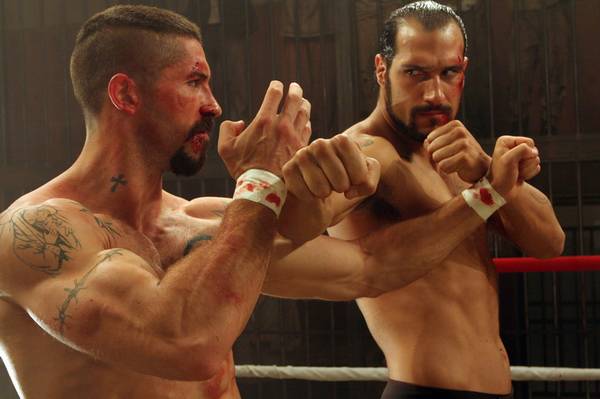 2. Undisputed III: Redemption (Isaac Florentine, 2010)
Of the four Undisputed film, the first a Walter Hill-directed prison boxing flick followed by three more martial arts-orientated sequels, this third installment is by far, the best of the bunch. Scott Adkins goes from antagonist (notice I didn’t say villain, because his actions in Undisputed II proves that he wasn’t all bad) to protagonist as his iconic character, Yuri Boyka, finds redemption within himself as he enters a worldwide prison tournament with freedom as the prize and death as a consolation. Larnell Stovall’s choreography is amazing as he makes amazing use of the cast of fighters, from capoeira expert Lateef Crowder and taekwondo expert/stuntman Ilram Choi to the amazing Marko Zaror, who plays the big bad fighter Dolor (which is Spanish for “pain”).

And the #1 Film of the Decade for WorldFilmGeek is… 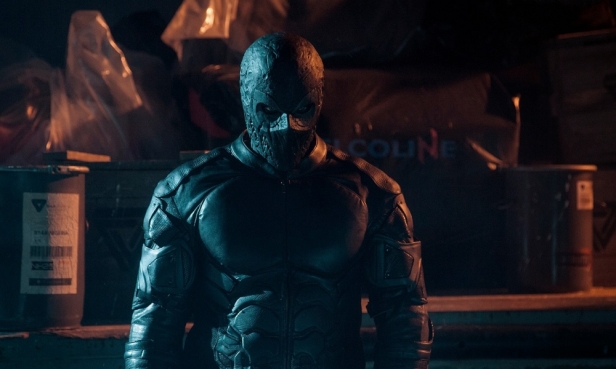 Seriously, while the Marvel Cinematic Universe and some DC films are amazing, this original superhero vigilante film from Finnish director Haaja is amazing in both its storytelling and brutal action. There is an excellent juxtaposition of past and present, in which the present sees the mute masked hero Rendel unleash his brand of justice against a chemical company that is using an untested vaccine for nefarious purposes. However, the flashbacks interspersed with the present scenes show how a family man named Ramo loses his job, struggles with the job loss and finds a job at said chemical company eventually leads to a life-changing moment that inspires him to ultimately become the titular hero, which is Hungarian for “order”. Haaja, who created the character while in middle school and inspired by Batman, brought his own “dark knight” in the fray and it is great to hear that we will be getting a sequel later this year, with Kris Gummerus returning to the role of Rendel.