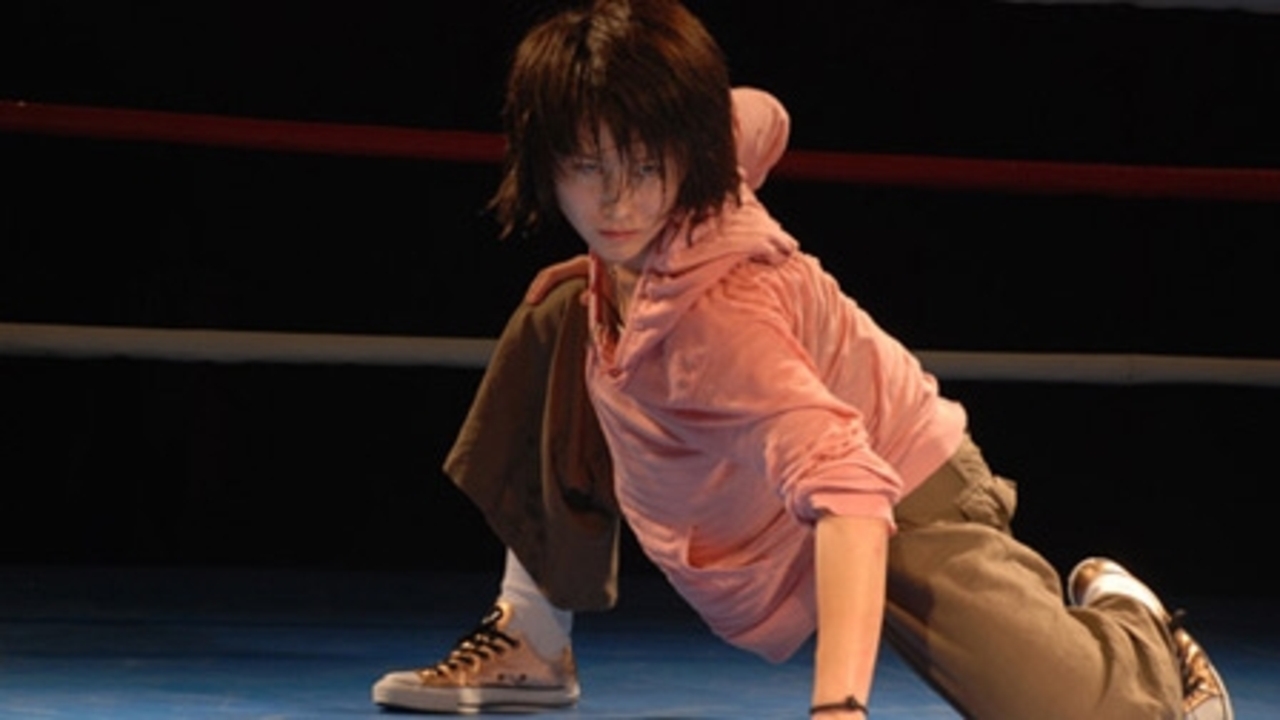 The directorial debut of renowned action star and choreographer Xiong Xin-Xin is meant to be a launchpad for a new female action hero.

Nie Yi Yi was an expert in martial arts whose life changes forever when her father, the owner of a local kung fu school, is seriously injured in an accident. Forced to work as a security guard, she runs into childhood friend Chung Tin, who offers her an opportunity to work for his boss, Mr. He. Proving herself by taking on a few of Mr. He’s bodyguards, Yi-Yi gets a job as Mr. He’s newest bodyguard. However, things change when on a fateful night when Mr. He and his wife are kidnapped, despite Yi-Yi’s efforts to prevent it.

Yi-Yi soon finds herself getting a call. She learns that in order for Mr. He to stay alive, Yi-Yi will have to really prove herself. She must compete against various fighters in various locations. The fights are streamed online for a competition known as the Just Stay Alive tournament. As Yi-Yi proves herself by defeating the many opponents, she soon discovers some shocking revelations and soon finds herself facing off against the current JSA champion, Taekwondo expert Song Li-Shan, who is impressed with Yi-Yi and finds herself his most worthy adversary to date.

For nearly two decades before this film, Xiong Xin-Xin was a wushu champion known for his expertise in kicking, getting his breakout role as Ghost Foot Seven or Clubfoot in Tsui Hark’s Once Upon a Time in China franchise. He even had lent his expertise out behind the scenes as fight choreographer for films like The Musketeer and Double Team. He had long to make his directorial debut and finally does so by doing it on his own with the help of producers Joe Ma and Eddie Chan. While it’s a by-the-numbers martial arts film, it’s no doubt that the film is meant to showcase a new talent and her name is Jiang Luxia.

A Mainland champion in martial arts like the director, Jiang does a pretty good job in her film debut as the lead character Yi-Yi, whose dream is to re-open her family’s martial arts school and works to make ends meet after her dad is injured. Jiang may seem a bit stiff at times in the acting department, but let’s remember she was handpicked by Xiong to showcase her skills as a martial arts expert. And those skills are exciting to watch. She has the skills and over the course of her career, learned how to show more emotion in her acting, as seen a year later in the underrated Bad Blood, also known as King of Triads.

While Sam Lee, who when it comes to action, usually plays a comic foil, actually brings a more dramatic performance as Yi-Yi’s childhood friend and most reliable ally in Chung Tin. Eddie Cheung makes the most of his role as Mr. He, who seems to trust Yi-Yi and knows that she may be his only hope in rescuing him when he and his wife, played by Peggy Tseng, are kidnapped.

As for the fights, Xiong Xin-Xin was responsible for the film’s fight scenes. While the film is meant to showcase the skills of Jiang, the cast of fighters throughout the film is nothing short of amazing. Hulking German Wanja Götz plays a fighter in the nightclub kitchen during the kidnapping scene. In a fun two-on-one fight scene, Jiang takes on the German duo of Mike Möller and Eskinder Tesfay, who play breakdancing fighters. However, the final challenge pits Jiang against Kane Kosugi, who plays taekwondo and current tournament champion Song Li-Shan, who has an amazing amount of respect for Yi-Yi and even offers to drink with her before their fight. Kosugi once again shows why he is an amazing action talent whose skills are unparalleled.

Perhaps for the very reason that Kosugi is in the film with his father being the legendary Sho Kosugi, star of the classic 80’s Ninja films, the U.S. distributor gave this film the worse re-titling imaginable: Ninja Masters. The working title of the film, Broken Net, would have made for a better re-titling because surprise! There are no ninjas in this film!

Coweb may be a by the numbers martial arts action film, but the film does make its point known. There is untapped talent out there and this film definitely showcases the skills of Jiang Luxia. A pretty good directorial debut for the talented Xiong Xin-Xin.