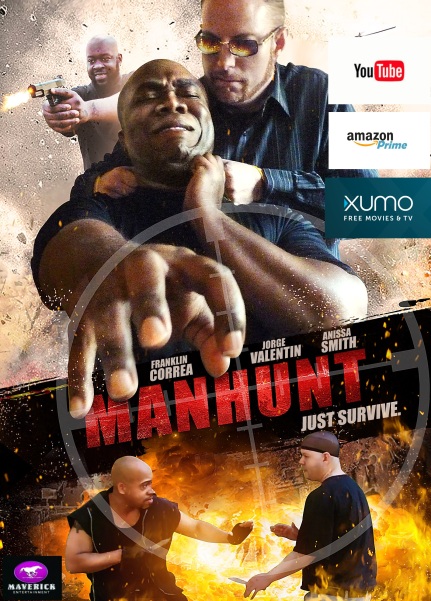 Indie filmmaker and martial artist Franklin Correa has been on a Manhunt and now you can get in on the action as the film has hit the streaming and On Demand circuit.

Conroy Jenkins is a martial artist and survival tactics instructor who becomes a target of a sadistic madman named Santos. When Santos kidnaps Conroy’s fiancee Stacey, Conroy finds himself in a deadly game of survival and will have to rely on help from two of his proteges, Burgos and Lacey, to stop Santos and his band of merry assassins.

Jorge Valentin, Anissa Smith, Will Fonseca, and Alanzo Phillips co-star in the film, which was written and directed by Correa. Correa, Valentin, Robert Parham, and Dayvonne Bussey are the film’s executive producers.

You can check it out now on YouTube, Amazon Prime, and Xumo among others from Maverick Entertainment.